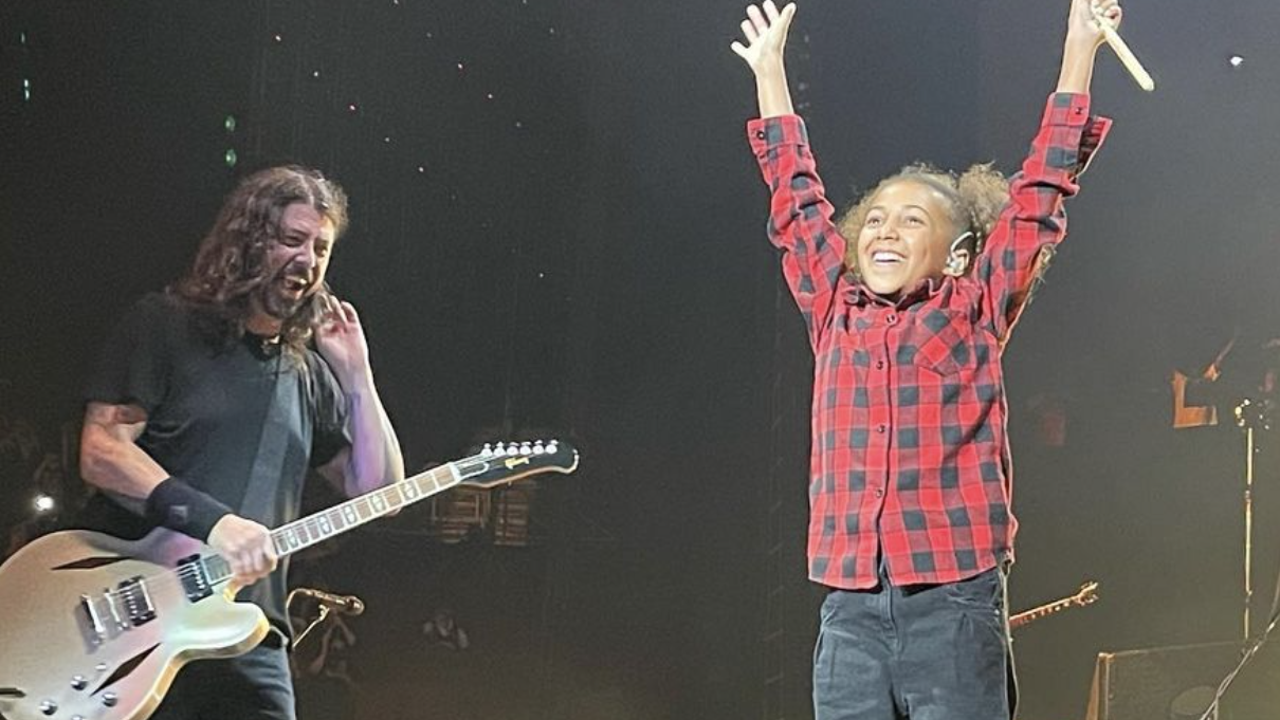 The little Nandi Bushell, 11 years old, covered during the quarantine Foo Fighters, one of his favorite bands, and to thank him, Dave Grohl invited her to one of his concerts without knowing that the little girl would steal the show … to the rhythm of battery.

Many artists decide to invite fans to the stage to sing with them. The group Foo Fighters It is a common one of these gestures with his followers, which make them closer and motivate fans to come to his concerts for the simple opportunity to sing along with their idols.

This past Wednesday, August 26, they did it again at the The Forum in Los Angeles, in a concert with all the tickets sold. There, they invited a little 11 year old girl to be encouraged to play the song with them Everlong. What they did not imagine is that little Nandi would steal the show … to the rhythm of the drums.

Who is Nandi Bushell, the 11-year-old Dave Grohl invited on stage?

It is no coincidence that this little girl appeared on the stage of the concert of Foo Fighters. Nandi Bushell, only 11 years old, became known during her quarantine when she began uploading videos covering songs by some of her favorite artists. However, she herself did not imagine that this simple gesture was about to change her life.

The virality of his videos ended up reaching the ears of Dave Grohl, guitarist and vocalist of Foo Fighters. The singer, who was also once drummer of the mythical band Nirvana, accepted the little girl’s challenge and started a battery duel at a distance with her. The story did not end there, but the composer came to compose a theme for the minor, which is already considered a prodigy of music.

Invited to the stage to join in the performance, the little Nandi Bushell He gave it his all with his two drumsticks, as we can already see in his quarantine videos. Her performance was so good and so moved the fans that the audience present at the Los Angeles venue cheered the little girl before, during and after her performance and even chanted her name.

Own Dave Grohl He was one of those who invited this, while the minor enjoyed the glory and finished fulfilling the dream of playing with their great idols in a stadium full of people.

It is not the first time that Nandi has demonstrated his good treatment with some of the best-known American artists on the music scene. In fact, a few months ago, Tom Morello from Rage Against the Machine gave him a guitar after his great performance of Guerrilla Radio and has also dared to join Matt Helders, from Arctic Monkeys, For touching I Bet You Look Good On The Dance Floor.

Also, bands like Muse and Pixies They have praised the little girl for her musical ability and many have already described her as one of the great rock promises world thanks to his charisma and his talent to play all kinds of instruments.