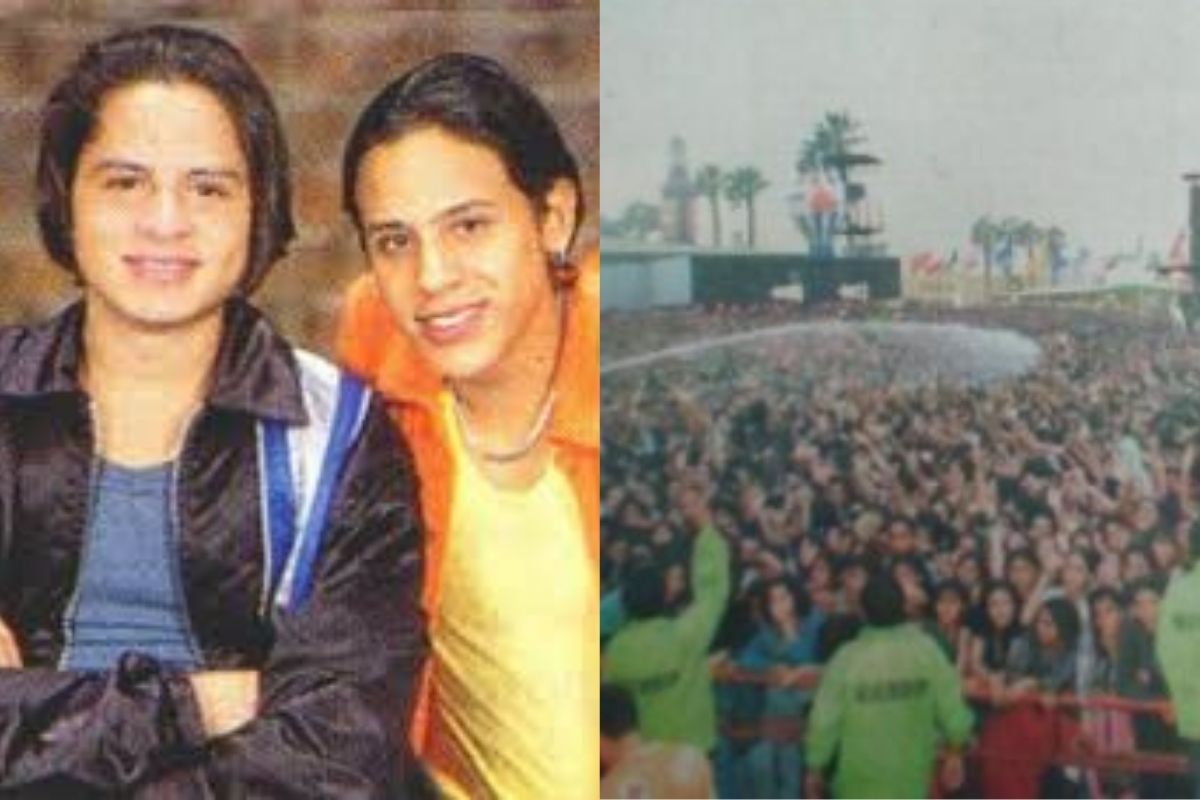 crowded. No one else entered. Totally packed like never before at the Feria del Hogar with an international artist. That night of August 5, 1997, he appeared Servando and Florentino, the former Venezuelan members of the Salserín group. The teenagers who had gathered at the San Miguel venue shouted nonstop, waiting for their idols in a “mass hysteria.” A night that would take the lives of five teenagers.

The organizers are said to have sold more tickets than the ground could hold. There were 60,000 people when the place only had capacity for 30,000. The girls and adolescents, from noon, formed long lines to be as close as possible to the interpreters of “Una fan enamorada”.

At 7:30 p.m. the concert began. By that time they had already passed out; firefighters came and went, couldn’t control the crowd and did what they could to make sure there were no fatalities. 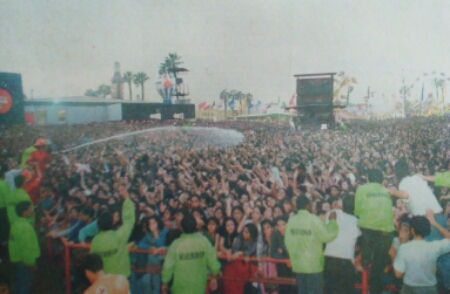 The Servando and Florentino concert was filled from noon on August 5, 1997. Photo: Rincón Anachrónico

Screams, screams, fans in love that vanished, the recital of the Primera brothers -children of the composer and political activist Alí Primera- began. The tone of voice of the fans was heard louder than that of the singers themselves.

The minutes passed; the former Salserin were still on their own. The men in red continued to rescue the assistants who had lost consciousness. Others tried to climb onto the stage; they wanted to be closer to these stars who at some point called them contemptuously “suffering cholitas”.

A young woman managed to climb up to hug and kiss the singers. She couldn’t believe it. She didn’t let go of them. The public exploded. she wanted more of Servando and Florentino. The firefighters, for their part, tried to put out the heat with water.

At 8:15 p.m., Servando explained that they were not being allowed to continue the show.

“We are hungry to continue singing, to continue sharing, but they won’t let us. They don’t allow us,” added Florentino.

And they left… but they came back after a few minutes. 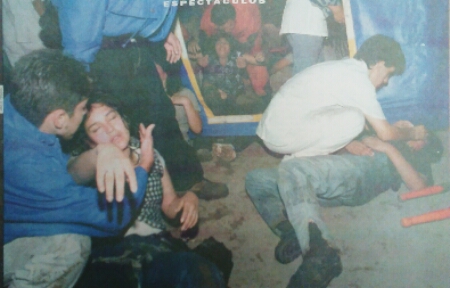 There were more than a hundred fainting at the Servando and Florentino concert at the Home Fair. Photo: Anachronistic Corner

Confusion and bewilderment had set in at the Home Fair. Oxygen, water and stretchers. The Primera brothers had already left to calm down, but a few minutes later, despite the disorganization and seeing how the public was, they returned and generated more disorder.

Alfredo Sarco, a firefighter who was on stage, in a desperate attempt to stop the show, wanted to tell the singers to stop the show because there could be fatalities. The interpreters of “Alíviame” took it the wrong way: Florentino kicked him in the stomach and was pushed out by the security of the fair.

There was already a dead teenager. 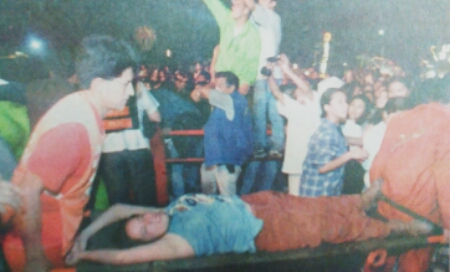 More than a hundred fainted during the concert by Servando and Florentino at the Home Fair, in 1997. Photo: Rincón Anachrónico

Servando and Florentino They disregarded the deceased, went to New York to record their first album and were preparing to tour in various Venezuelan cities.

The home fairfor its part, canceled all its stellar presentations and closed its doors in 1997. La Sonora Ponceña, La Orquesta Teens, El Gran Combo, Oscar d’León and Marc Anthony could no longer appear.

The culprit of this tragedy had to be found. Singers and event organizers were singled out for selling more tickets than necessary and allowing more audiences in when they couldn’t even get out of that sea of ​​people.

The moment when Servando and Florentino attacked the firefighter

The judicial process was delayed for years until 2005. They did not find guilty Servando and Florentino but the organizers of the event. However, the magistrate in the case also ruled out that the coordinators of the concert were the cause of the deaths, but that it was “mass hysteria”.

Judge Luis Sánchez, of the 2nd Criminal Court of Lima acquitted the president of the Home Fair, Michele Lettersten, the head of the police detachment in that venue, Commander César Alarcón Tejada, and the representative of the Venezuelan duo, Marielly Briceño, of any responsibility in the death of adolescents.

They had been accused of manslaughter for not taking the necessary security measures to prevent the tragedy, despite the fact that the police and Civil Defense had warned that there could be great disorder during the concert.

The relatives of the victims and the Prosecutor’s Office appealed the verdict to be reviewed by a higher court, but it never came to fruition and went unpunished like many cases in Peru. 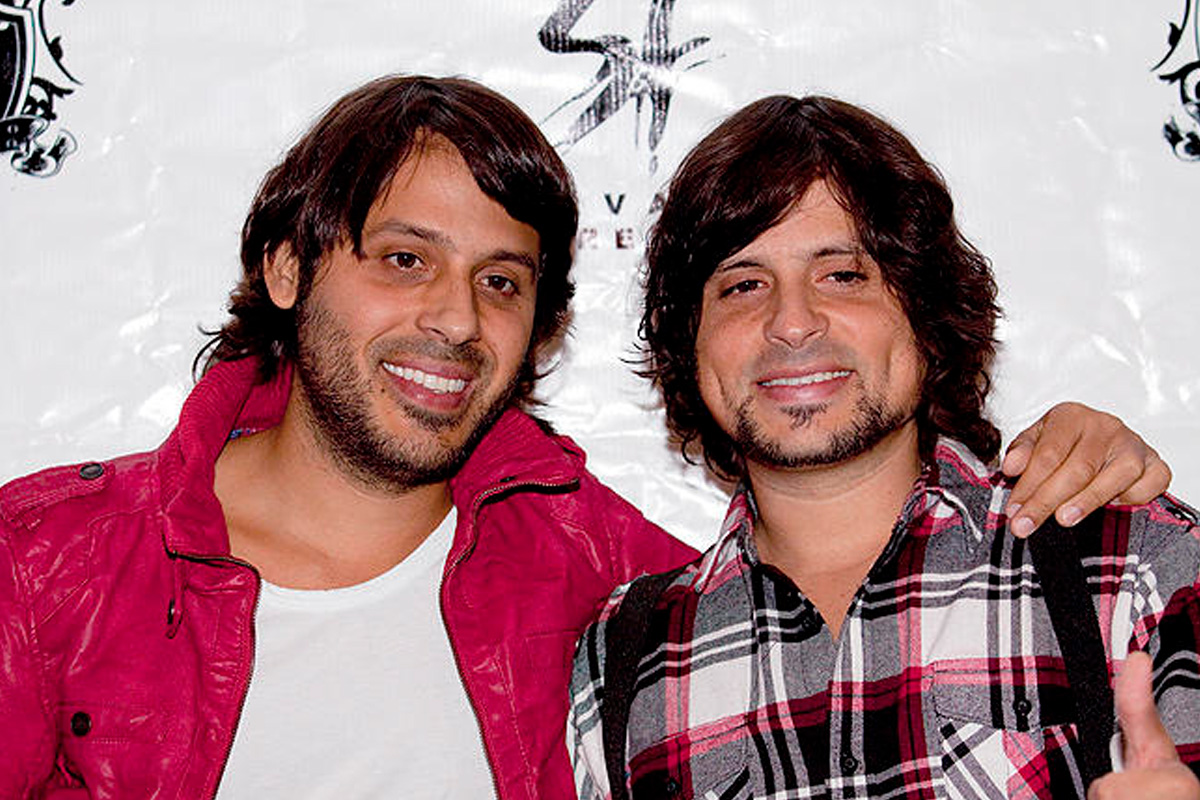 Servando and Florentino returned to give a concert in Peru after many years of the tragedy. Photo: Instagram

A Servando and Florentinoevery time they come to Peru, they have been reminded of the tragedy of the Home Fair. They fought with the renowned show host Magaly Medina in 2006 during a program when he confronted them about this unfortunate event. She, once the discussion escalated, kicked them off the set.

“We are leaving this pod. Goodbye, tremendous education, how are you going to indicate that I am a murderer, what kind of dignity. Out of here! Damn tabloid, damn”an upset Servando yelled at him.

In recent years they have been more open to talk about the misfortune of that day: “It does not bother us to talk about that incident, it hurts us more than anything out of respect for the relatives, who I do not think it is pleasant for them to constantly see something in the press that has already been clarified with them. It seems incredible that after so many years we have to continue clarifying it… Respect and pain is what we have. It hurts us to have lived that moment “Servando said in 2015.

The duo has returned to Lima in recent years. His last participation in Peruvian lands was on April 30 at Arena Peru for the tour “In your city World Tour”.

After that disastrous August 5, 1997, a misfortune of such magnitude has never happened again in another concert. A negligence that left 5 families without a member, a tragedy that we hope will never happen again.

The tragedy of Néctar: ​​The sad end of Johnny Orosco and his musicians in Argentina and the mystery that still surrounds his death
The suicide of Mónica Santa María, the dalina from Nubeluz who fought against depression, fame and sexual blackmail
The great feat of Sergio Galliani: forcing himself not to sleep for more than 45 hours and seizing a Guinness Record

Five deaths, fainting, a kick to a firefighter and a duo that refused to leave: the tragedy of the Home Fair at the concert of Servando and Florentino