Tweet
Share
Share
Pin
Fito Paez performed in Bogotá and Carlos Vives was a guest on the show, with whom he performed ‘Cable a Tierra’. Courtesy

The events that were scheduled to take place in 2020 and that with the arrival of the pandemic were postponed until they finally arrived in Colombia to be presented in Medellín, at the La Macarena Events Center and in Bogotá, at the Movistar Arena, finally the Fans of the Argentine singer were once again able to listen to the songs of their musical idol.

With 59 years of age on March 13, Fito Paez arrived in the city of eternal spring after postponing his presentations. However, the artist did not stay still and during the time of confinement he dedicated himself to composing new songs to present his two new albums entitled ‘Los años Salvajes’ and ‘Futurología Arlt’.

“I am a man of tables, not only does my economy depend on concerts, but I already have an addiction, I could not live without playing on stage because it makes me very happy and it is the place of total dispossessioneven if you organize yourself and have a lot of experience, unusual things always happen and that somehow feeds you along with the warmth of the people”, he said in an interview with Colprensa before starting the tour again as the stages are opened as part of economic recovery in the country.

Well, the native of Rosario, Argentina, shared about 21 songs with his followers during his show in Medellín and Bogotá. In the first city, the public was ready from 8 p.m., where minutes before starting his show the public shouted his name so that he would go out with songs like ‘Giros’, ‘The music of the dreams of your youth’, ‘Nature of blood’, ‘The things that do me good’among others.

You may be interested in: Without the presence of Gustavo Petro, Fuerza Ciudadana formalized its support for the candidacy of the Historical Pact

In total, there were about 100 minutes in which the Argentine artist delighted those attending his concert in which they were able to download all that fury of Rock in Spanish, which reverberated through every corner of the La Macarena Show Center. 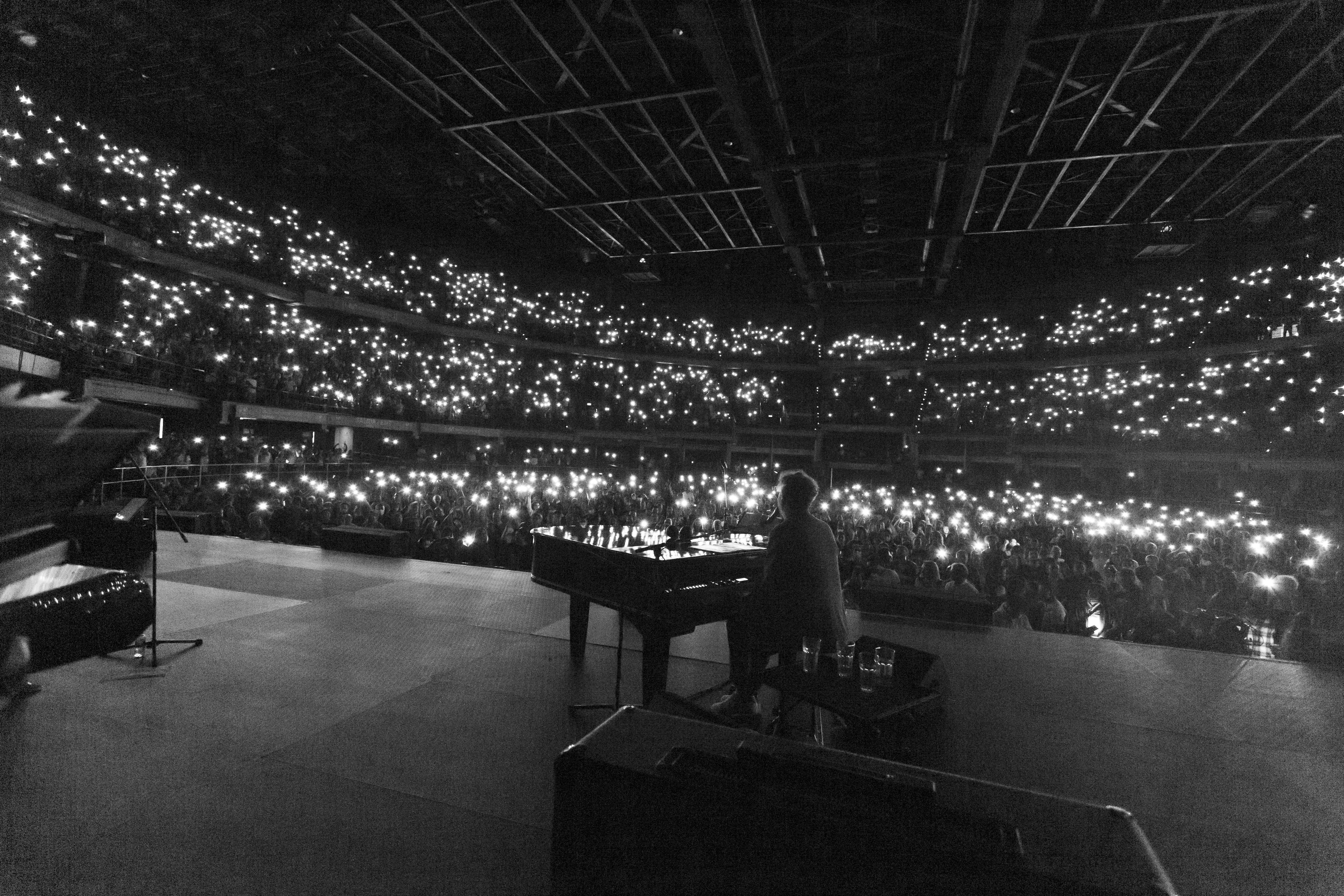 Fito Paez and his presentation at the Movistar Arena in Bogotá with a full house, the attendees were delighted with the show. Photo: Courtesy.

There, the night closed with one of his most recognized songs such as ‘Mariposa tecknicolor’ in which he published did not stop singing the song and shouted his name until he could not, shouting “olé, olé, olé, Fito, Fito” , mentioned the digital media El Colombiano. It is worth mentioning that the Argentine also performed the song ‘Y dale alegría a mi corazón’ a cappella and also conducted the orchestra that accompanied him at various times of the night.

Already in Bogotá, the interpreter of ’11 y 6′ surprised the people of the capital with a special member for his show. It was Carlos Vives, with whom he performed the song ‘Cable a Tierra’, one of the most anticipated songs in his repertoire and which is part of his album ‘Giros’. 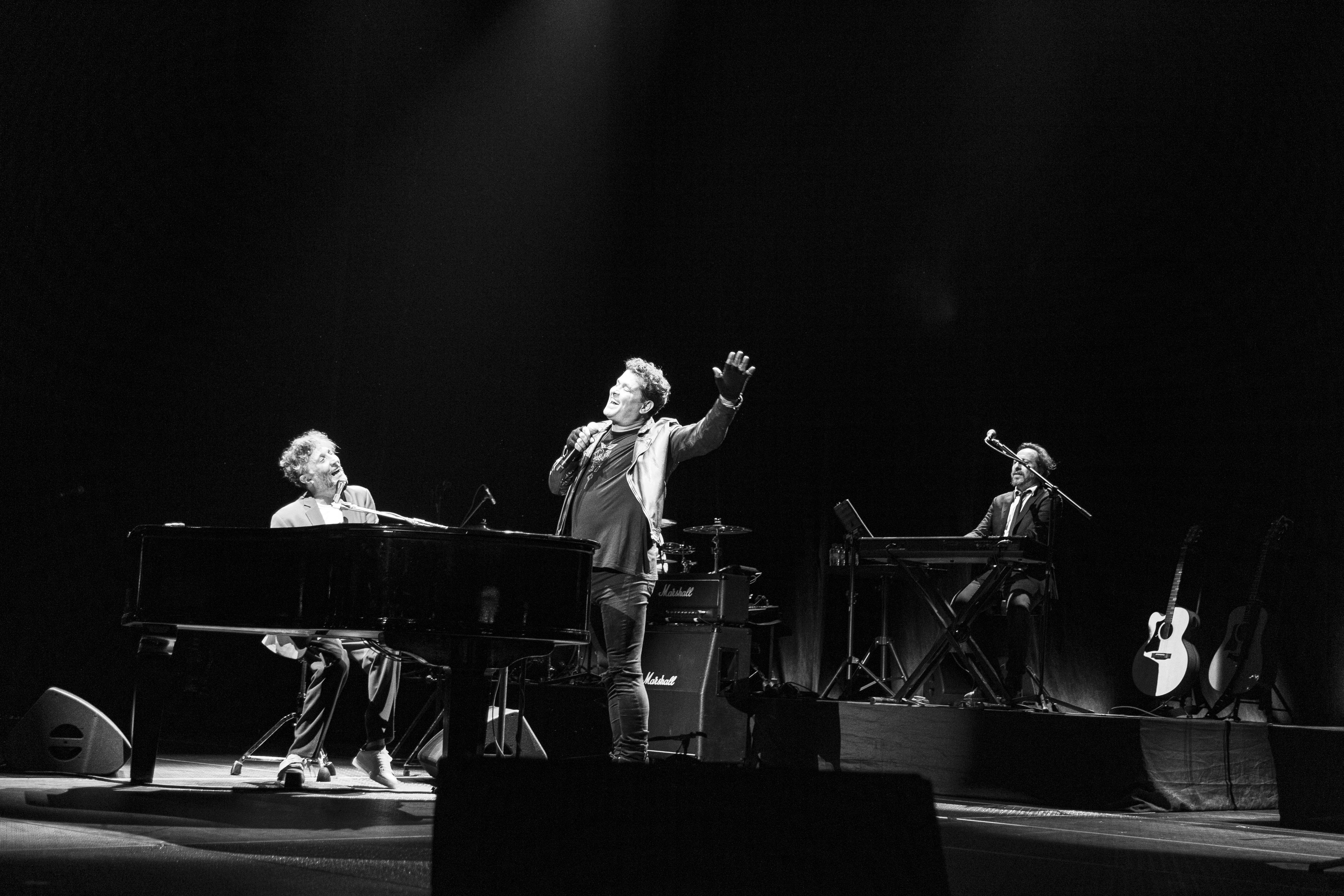 Fito Paez and Carlos Vives performing the song ‘Cable a Tierra’ during their presentation in Bogotá at the Movistar Arena. Photo: Courtesy.

“Carlos is very important in Latin American culture for a lot of factors, this is one of the quietest that has had us thinking that it had not been disclosed at a time when this material could not or should not be disclosed, so thank you Carlos and much of this we owe to you”expressed Fito Paez in his presentation.

During the interpretation of Carlos Vives in the song, the artists did not hesitate to merge into a hug, which demonstrated the union that exists between the two nations artistically and how the same feeling unites us in music.

“What a birthday beauty”, This is how Daniel Arenas gave his new flight to the sun
Tostao and Pamela Ospina do not stop having tensions in ‘MasterChef Celebrity’: “Don’t talk to me,” the comedian told him