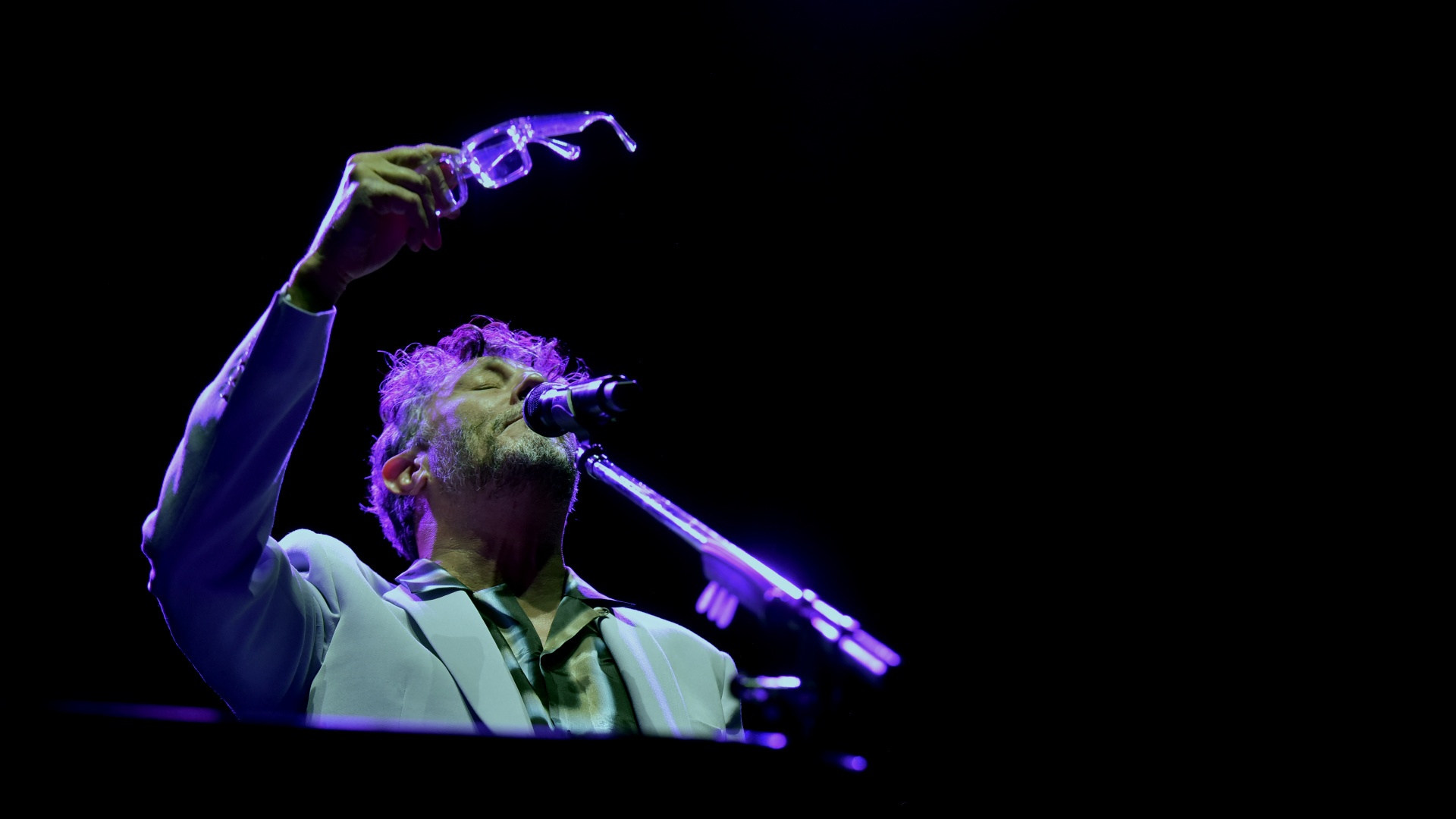 Fito Páez during the concert series for the 30 years of Love After Love (Credit: Gustavo Gavotti)

Fito Paez is celebrating 30 years of his emblematic album The love after Love with concerts around the world. After taking his tour of America and Spain, the man from Rosario had scheduled the last two recitals of the eight he performed at the Movistar Arena. But during Monday night, in which he suffered some health problems that forced him to postpone the recital on Tuesday, as reported in a statement on his social networks.

Rosario had scheduled for this Tuesday to finish the series of concerts in Buenos Aires, within the framework of the tour El amor 30 años más del amor. Due to health problems he had to reschedule

“Yesterday I performed the Movistar Arena concert in Buenos Aires with severe pain in the lower left side of the chest. I took what all neighbor’s son. Anti-inflammatories and analgesics. The pain did not subside and worsened to the point of declaring myself acute gastroenteritis”, detailed the Rosario about the symptoms that afflicted him during Monday’s recital.

Next, he detailed the news that his fans lamented: “Obviously I find myself in the sad obligation to suspend the concert tonight at the express indication of my doctors,” he announced regarding the appointment scheduled for Tuesday, November 8, the last in his series of concerts at the Villa Crespo micro-stadium.

“The recovery will be quick but it forces me to rest and follow a strict diet for three or four days. Soon we will announce the rescheduling of the concert according to the availability of the Movistar Arena agenda. Thanks for the love and patience, “Fito closed with his signature, and the publication was populated with messages wishing him a speedy recovery.

Fito Páez’s statement announcing the suspension of his concert (Instagram)


Fito began his series of concerts on Tuesday, September 20 and, with sold-out tickets, which forced him to add functions to celebrate the 30th birthday of the best-selling Argentine rock album. The rod that own Fito Paez he nailed back in 1992, when he rounded off his most iconic work, the one that propelled him to stardom. “You have to defend it tooth and nail.”, Said the man from Rosario at one point, talking about his own work and justifying the fact of celebrating it and revisiting it as many times as necessary.

On that occasion the two great muses of the album coincided, Fabiana Cantilo Y Cecilia Roth, the two loves that the title speaks of “Is Cecilia there?” asked Fito while his eyes searched the audience for Roth. And when he found it, he remembered a story behind one of the most emblematic songs: “Caetano did a version of ‘A dress and love’ and invited us… Do you remember? We sat there and he sang it in your eyes… and I almost died of jealousy. So this time I’m going to sing it to you… I don’t know if in the eyes, because I’m half crooked, but this is totally for you…”, he said before singing to the mother of his son Martin The subject in question.

For her part, Fabi was a permanent guest on the voices, since her star appearance in “Thelma and Louise”, she had her corresponding dedication before “Creo” and a shared final gift: “I have the possibility of giving it to you in front of all of you, because I love them both and because I love them a lot, with all my heart. Because they have changed my life and have helped me see it better… In this bouquet of flowers that I want to give to Fabi and Ceci, I want to thank them for how beautiful and beautiful they have made my life,” said the singer at the end of “To shoot my life” and as a brooch for the revival of his masterpiece.

Fito Páez celebrated 30 years of Love after love with Fabi Cantilo as a guest and Cecilia Roth in the audience
The emotional moment in which Fito Páez sang the song A dress and a love to Cecilia Roth
Fito Páez publishes his memoirs: postcards of a life that we all sing about

Fito Páez canceled his show at the Movistar Arena: the reasons

SMTOWN Live 2022 will be broadcast: date and times to see SM idols
Shakira and Piqué, latest news | The singer withdraws her spectacular house in Miami from sale
Indigo is born, the first daughter of Camilo and Evaluna