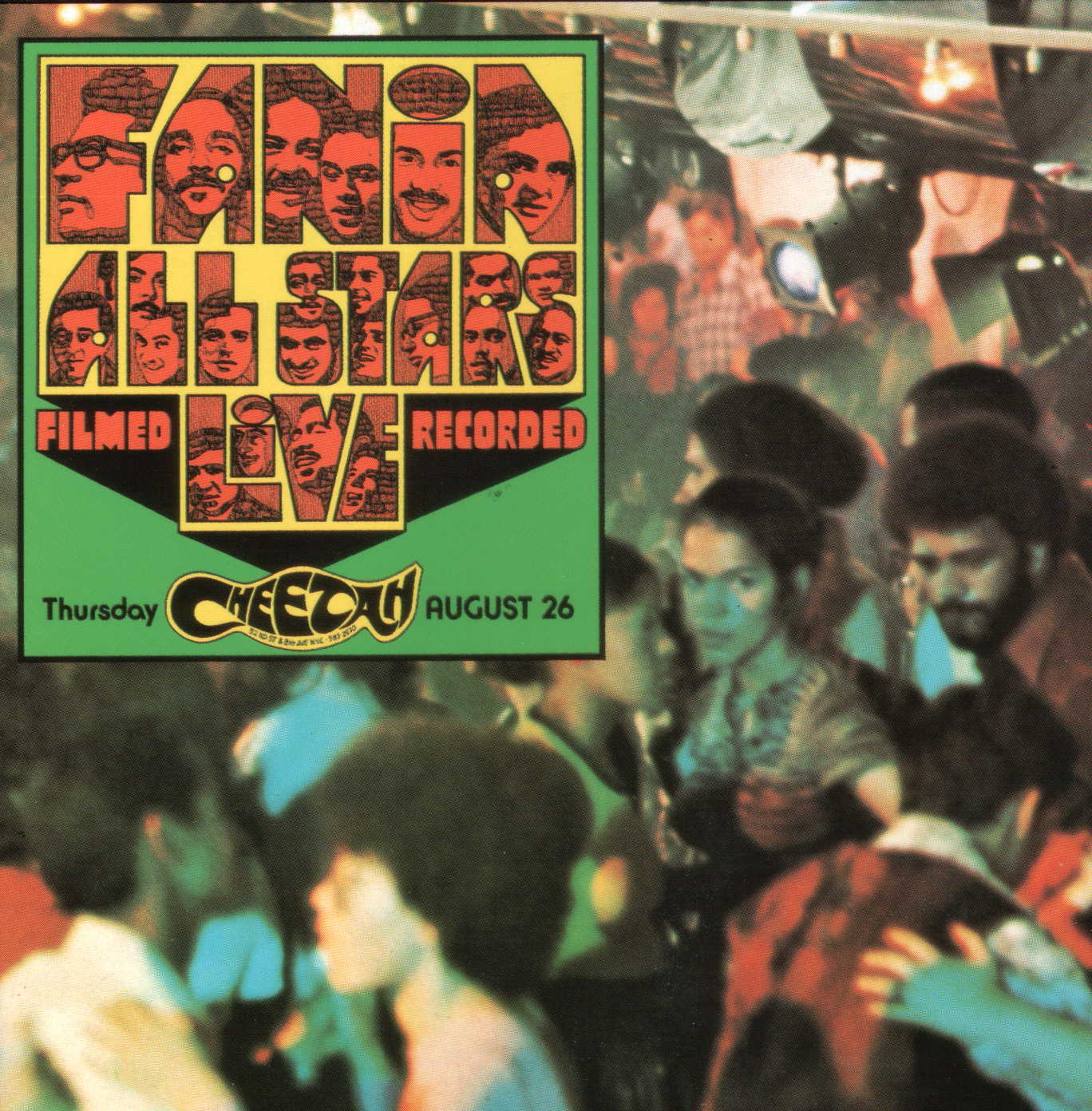 On a Thursday like today, fifty years ago, the stars of the Fania label undertook a historic recording at the New York club Cheetah. “Long live music: latin music power”, Proclaims the presenter (Jerry Masucci) at the beginning of the disc. Someone in the audience – some 1,200 people – urges him to speak in Spanish, but he responds “here we all speak English, don’t be gross.” Still the need to integrate outweighed more than the need to claim, but the songs that sounded were one hundred percent Latin, Caribbean, Afro-descendant and sung in Spanish.

The Cheetah was located in Manhattan, at 1686 Broadway Street, near 53rd Street. Today it is considered “the grandfather of the enclosures that welcomed the fever disco of the seventies ”, according to Steve Watson, essay author Andy Warhol and the sixties (2003). In this emblematic disco the musical was rehearsed Hair, flagship of hippismo, before sweeping Broadway. Today the recording of the Fania concert appears on their Wikipedia page as the top of the Cheetah splendor. The grooves from that night sound as fresh today as fresh from the vinyl factory. First words that were sung? “Hey how delicious they sound … the stars of Fania …”

The concert was published in two volumes, one in 1971 and the other in 1973. Unfortunately, this is an album more valued in the United States than in Spain, trapped since the eighties in a lamentable musical Anglophilia. The reference page Allmusic.com he describes the content like this: “The pieces are a bit long: ‘Quitate you’ lasts for sixteen minutes, in which all the invited musicians contribute lyrics, delighting the audience,” they write. They also praise “Download Fania” by Ray Barretto, legendary percussionist who adorns his beat with a fierce trumpet arrangement. That night can be relived in the vibrant documentary Our Latin Thing (1972), available on Youtube.

The review also highlights the vocal part of Cheo Feliciano in the classic “Anacaona”, inspired racial pride anthem in a famous Taino aborigine from Bohío Island, who ruled the Jaragua chiefdom after the death of her brother. The song is original by Tite Curet Alonso, popular Puerto Rican composer with more than two thousand salsa, bolero and ballad songs. Centuries of history and popular culture were found on the Cheetah stage. “The definitive party music played by the masters”, concludes the euphoric text of allmusic.

Fania’s rise was dazzling: two years after performing to 1,200 people at the Cheetah, they were performing to 45,000 at Yankee Stadium.

The producer of that was the aforementioned Jerry Masucci, an Italian-American executive who was instrumental in the rise of Latin music, with a youthful past between the military, American football and a bachelor’s degree cum laude In business administration, with a specialization in Foreign Trade. Sole owner of Fania Records, he knew how to take Latin sounds to the top, for example a concert at Yankee Stadium before 45,000 people in August 1973. In the eighties, he promoted the modeling agency Fame and promoted boxing days with the famous Don King, but his legacy consists of commercially building the identity of salsa music with the Fania label and its ten sub-labels.

Last Monday one of the protagonists of this legendary album passed away: Larry Harlow, nicknamed “The Wonderful Jew.” He was 82 years old and a living legend. “He made a name for himself with his prowess on the piano, organ, flute and bass. Came to record more than 106 albums by various artists, and 50 of his own under the Fania label and other subsidiary stamps, ”the stamp noted on its Facebook page.

Harlow was born in March 1939 in Brooklyn as Lawrence Ira Kahn, in the bosom of a Jewish family of musicians. His mother who was an opera singer and his father played in the Latin Quarter orchestras, a New York nightclub. Lawrence studied classical piano and finished rubbing shoulders with legends What Machito, Tito Puente, Tito Rodriguez, Noro Morales and Joe Valle and his orchestra in the South Bronx and Spanish Harlem (the area of ​​the Big Apple that Latinos ‘Nuyoricas’, a mix of New Yorkers and Puerto Ricans, informally renamed “El barrio”).

Today it can be argued that Live At The Cheetah is the global bestseller runway like Daddy Yankee, Bad Bunny and Farruko. In every detail you can find cultural ties with current Latin urban music. Reggaeton, for example, “gets into your intestines / and takes out the Taino Indian / you know, in loincloths, mama / in the name of Agüeybaná”, he sang Resident in “Atrévete-te-té”, by 13TH Street. That part of the letter referring to the greatest Taino chief in the history of Puerto Rico. Are we facing an equivalent to “Anacaona” for the 21st century? Probably.

The sixteen minutes of “Quitate You”, largely spontaneous improvisations, are a precedent for those modern reggaeton remixes where half a dozen best-sellers usually participate. In fact, there is a song titled “Quitate you to put me on” (2004) with twelve stars from the golden age of reggaeton, among them Tego Calderon, Ivy Queen, Julius Volt, Vico C and Tito “El Bambino”. There are those who try to belittle the current reggaeton and other urban music by comparing them to the explosive downloads with instruments of the Fania All-Stars, but perhaps it is better to consider the perreo and his music as the most awake, urgent and hot grandson of those seventies. Reggaeton is still “our Latin thing” (our latin thing). And what we have left.