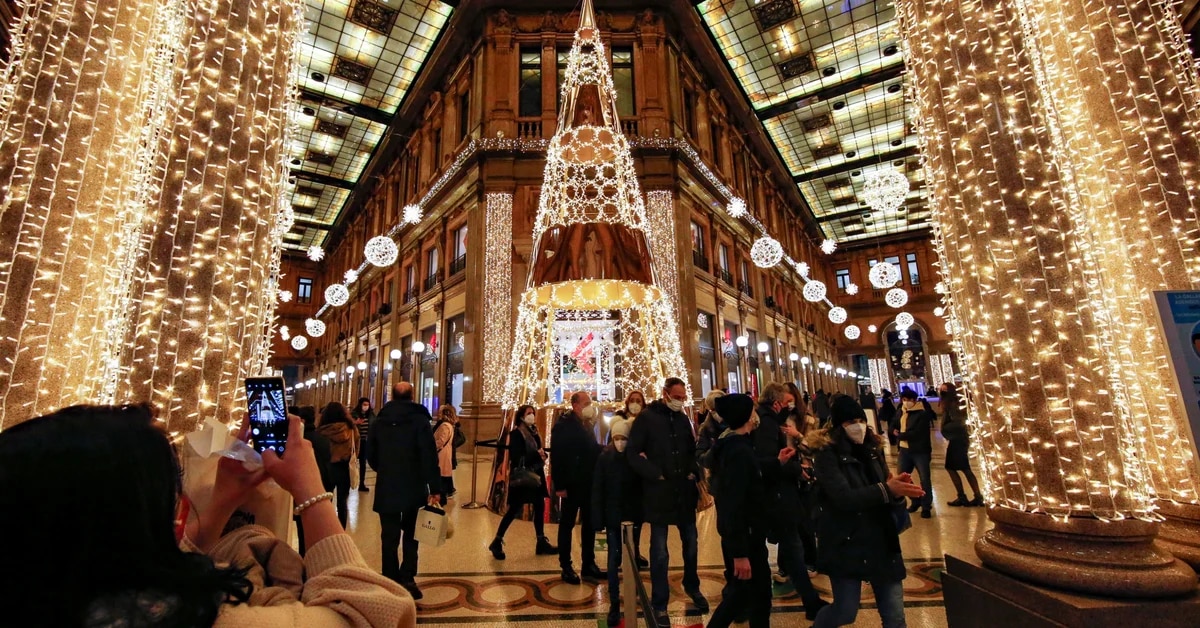 
Rome, Dec 31 (EFE) .- The rapid spread of the omicron variant of the coronavirus will mark New Year’s Eve in Italy this year, where dinners and concerts have been canceled and celebrations in city centers have been banned, while controls will increase police and the reinforced health certificate, currently necessary for almost all leisure and restaurant activities in the country.
The rate of infections, which this Wednesday touched 100,000 for the first time since the start of the pandemic, has prompted particular restrictions such as the closure of nightclubs until December 31, in addition to the obligation of the outdoor mask or the prohibition of festive crowds, among others.
The squares and central streets, where for the second year in a row no concerts or meetings will be held, will be subject to special surveillance decreed by the Ministry of the Interior, which in a circular sent to all the prefects of the country has requested that the forces of order increase checks on holidays and where gatherings may be more likely.
The objective is to enforce the new regulations, in particular the obligation to use masks also outdoors and the prohibition of meetings, while the most important cities have increased these controls with special ordinances, such as Florence, Milan or Rome, where they are has canceled the traditional concert on the night of December 31 at the Circus Maximus.
It is not the only one: the cancellations or rescheduling of the events initially planned for the end of the year are multiplying in recent days and even some of its protagonists have had to cancel their participation for having contracted the virus, such as Al Bano, who will not be able to participate in the Channel 5 gala in Bari (south).
In addition, one in four reservations for New Year’s Eve celebrations has been canceled, according to the largest employer, Confcommercio, which laments the fear of the 70,000 restaurants that will open that night to more last minute cancellations, despite high expectations of the sector after a very hard year due to the pandemic.
And the tourism sector has already asked the Government for aid to alleviate the consequences of the latest measures: only for the holidays between Christmas, New Year and Epiphany day, January 6, of the 25 million trips scheduled by Italians Just a few months ago, five million have been suspended and 5.3 million shortened, according to the “disastrous” data released by Confcommercio.
The Council of Ministers held this Wednesday approved new control measures for the pandemic, such as new scenarios for the obligation of the reinforced health certificate, which is obtained if you are vaccinated or have passed the coronavirus and that until now is needed for the activities of leisure and to consume in bars and restaurants. EFE
mr/ig