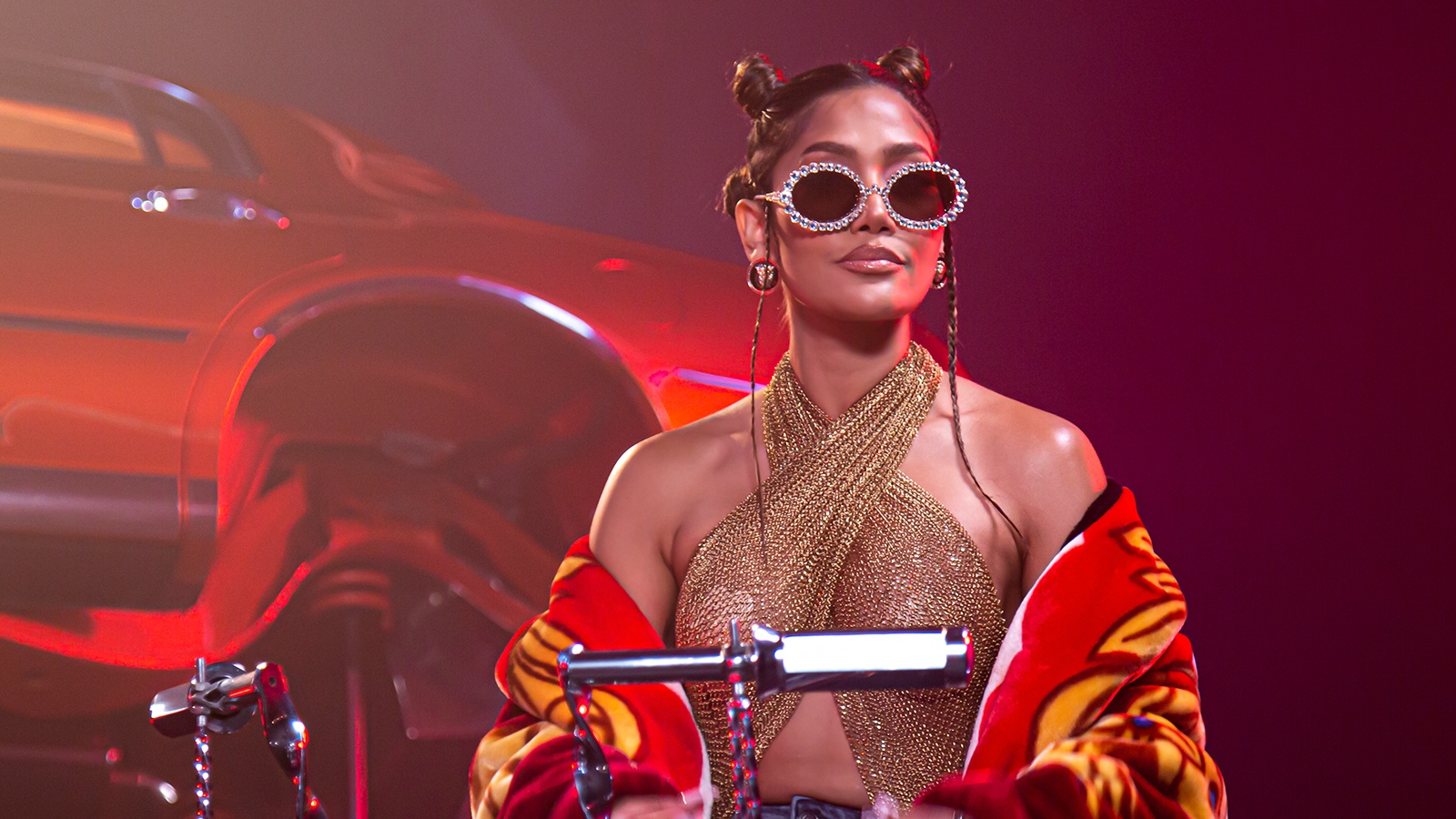 (CNN Español) — Farina earned her first Latin Grammy nomination in September and did so in a coveted category: best urban song.

Apart from Beatriz Luengo, who is listed as the composer of “Homeland and life”, Farina is the only female performer to be on this list.

He arrived with “A fuego”, a song he wrote with the Panamanian singer Sech, Joshua Javier Méndez, Jonathan Emmanuel Tobar and Jorge Valdés Vásquez.

“To fire It is a song that I wrote together with Sech, who is one of the greats of urban music and the two producers of the song who are (Jonathan Tobar) ‘Bombo’ from Panama and ‘Dímelo Flow’ (Jorge Valdés), which everyone The world knows him for his successes with Sech, and do you know something? From the day we made the song we felt a huge vibe. We knew something big was going to happen, “Farina said in an interview with Zona Pop CNN from Miami.

Farina released ‘A Fuego’ on IGTV

The peculiar thing about this song, which talks about how a woman finds out that the man she was dating was married, is that it was released by a rare channel within the music industry: IGTV.

The artist from Medellín published the song, still unnamed, on December 31, 2019, asking her followers to help her title the single.

“I released the song like no one releases the songs. I put the song on my IGTV and told people what should this song be called? I mean, from day one people participated in the song and I think that it also connected a lot of women and a lot of people with the song, “Farina told Zona Pop CNN.

The song, according to Farina, was written just over two years ago. According to the singer, at that time she was very connected to her Instagram audience thanks to the videos she posted with freestyle.

“I was also connecting a lot with my chats, with my verses, some verses that I threw on my Instagram. Because of what was happening with those verses, my manager told me: ‘I think you have to get a Fariana, a Kardashian, something louder where you rap. ‘And I said,’ Do you think? ‘ I believe that ‘A fuego’ is the song that will connect easier with people, “said the singer.

A nomination dedicated to his mother

As for many artists, the announcement on the morning of September 28, of the nominees for the 22nd edition of the Latin Grammy It was a surprise.

Farina says that she was asleep and that she thought something had happened with her family after the insistence of her relatives, who asked her to open the door.

“There was a time when I said no this is a dream“says Farina.” Obviously it takes some artists. I have worked so hard and I have dreamed of it but I did not imagine that it was that, “he says.

“I started crying because it’s as if a lot of memories had come to me and being nominated for awards that are so correct (…) you don’t know how nice it feels to be nominated for the Latin Grammy,” she adds.

The singer says that her mother, who was also a singer but due to lack of opportunities in her country, had to abandon that dream, also received the news as “a bucket of cold water.”

“I feel like she thought I was playing a joke on her,” says Farina.

“She told me daughter, this is not going to be the only one. You deserve more Latin Grammy more nominations, because you have worked very hard“, says the singer.

In the interview, the interpreter tells that her mother was a salesperson and that in order to advance her and her career, she was going to sell empanadas to other towns, a sacrifice that she does not forget.

“Giving this to her is so nice, it’s like that trophy of ‘look what you achieved. It was worth your fatigue, your work. Look at the artist you have at home today,” said Farina.

The beginnings of Farina: from Factor X to the influence of Mala Rodríguez

The Colombian public first heard of Farina in 2005, during her participation in the talent show “Factor X”. There the singer managed to get third place and her introduction to the music industry.

Although her charisma, personality and talent took her to an international stage, Farina confesses that entering the industry was not easy. He even claims they broke his heart.

“I came in being so real. I didn’t care if I looked fat, if I came out a chicho (a fat boy), if I didn’t have buttocks, I wasn’t interested in how she wore her hair. I yelled ‘I’m Farina’ and I I was so happy to be me, “he says.

“When you enter the industry, I am not going to deny you, you give yourself such strong blows that those blows are partly good because they make you a stronger woman. But they are also bad. They are bad because you create a barrier, like you’re already looking to see if so and so is going to close that door and that’s not cool, “says Farina.

“Many doors were closed to me in my country for having been the first female blackmailer (rapper). In my country there were no commercially blackmailed women. Suddenly there was a Goyo from ChocQuibTown, who is also a pioneer like me, but she was like emerging in Bogotá and doing the normal process. I did it on a reality show “, he tells Zona Pop CNN.

If it is about references: Mala Rodríguez, one of the pioneering rappers in the Spanish movement.

“She is one of my greatest references. She is a woman that I consider the queen of hip hop Spanish-speaking, who has a very strong legacy. (She) left a legacy to my generation, to the generation of blackjackers, rappers. La Mala Rodríguez is everything, just like Ivy Queen is Latin, “said Farina.

“Nicky Minaj arrived almost 12 years ago and when he arrived I was more or less entering the X Factor,” he says. “She came to reign and bring women out of rap worldwide. She has been a great inspiration,” he adds.