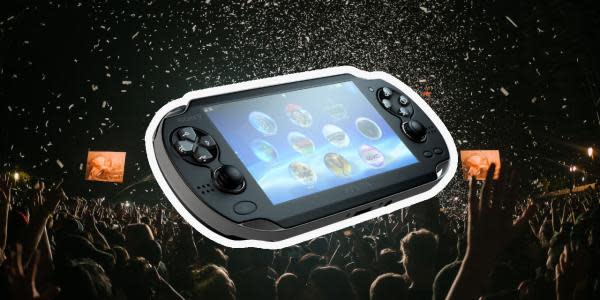 PlayStation Vita was the last console with which PlayStation competed in the portable console sector. Although the proposal was interesting, in the end it could not captivate the public and replicate the effect of PlayStation Portable, so Sony left this business. However, there are fans who do not stop remembering the console and as an example there is one who decided to use his system to record a concert.

Although many used the PlayStation Vita primarily for gaming, the console had a host of features that made it a versatile mobile device. One of its functions was to take pictures and record.

Being technology from 2011, the PlayStation Vita’s camera, which can reach VGA resolution (640×480), is not the first option one considers when wanting to record something. However, that did not matter to a fan who attended a concert by rapper Kendrick Lamar.

Fans are still using their old devices to record concerts

Photographs of this fan who attended the event and who is seen recording Lamar using a PlayStation Vita with one hand throughout the concert instead of a cell phone or a modern camera, as any conventional fan would do, went viral on networks.

The photographs have just gained notoriety, but the truth is that they date from a rapper event a couple of months ago, although this does not take away from the peculiarity of this event.

It is not the first time something similar has happened; At a concert this year, a Lamar fan also took advantage of the fact that he went to his concert to record it with a Nintendo 3DS. Also, last year a fan brought this Nintendo system to a concert to record Bring Me the Horizon.

The decision of the fans who record with Nintendo 3DS can be justified because the console is capable of capturing stereoscopic images, which the PlayStation Vita cannot do, apart from the fact that the colors of the images were not as good as what the device captured. Nintendo, although the Sony console has a beautiful OLED screen that reached a higher resolution.

In case you missed it: Former Sony executive assured that the company abandoned the PlayStation Vita.

What do you think of this taste of fans to record with their portable consoles of yesteryear? Tell us in the comments.

You can find more PlayStation related news by visiting this page.

Stay informed with us, at LEVEL UP.