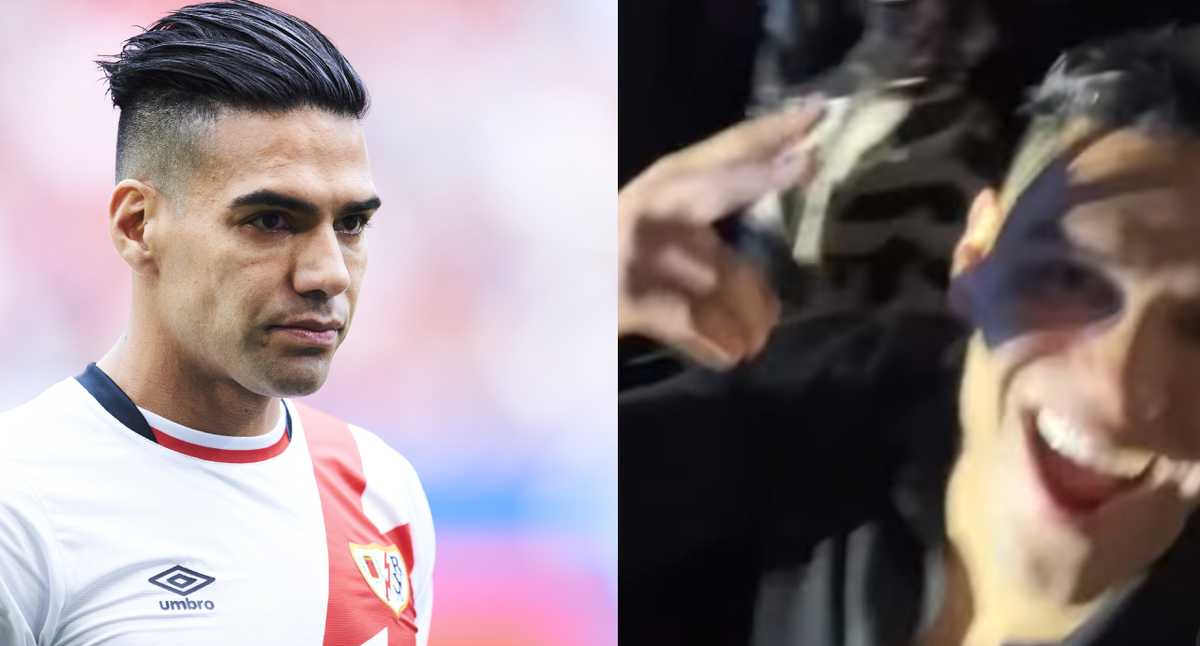 2022 has been a year of more disappointments than joys for Falcao García. What was a shot of the year marking Barcelona and Real Madrid on his return to Spain, became a difficult drought to endure for any striker of his caliber.

Apart from that, the Colombian striker suffered a new injury that has separated him from the courts for more than a month and, as if something were missing, He saw how the illusion of going to his last World Cup vanished as a result of the results obtained by the Colombian National Team in the final stretch of the Qatar 2022 Qualifiers.

“We are with you, receive all our support. Hope, faith and fight until the last minute”, was the last message that Falcao wrote on his Twitter, sending positive energy to the players who were looking to qualify in Puerto Ordaz against Venezuela. After the removal is complete, El Tigre has been away from the networks and focused on his recovery, which still does not have the green light.

Not even the national team break allowed Radamel to return to the fields, since on Sunday he was not on the squad list for the game that Rayo tied as a visitor against Granada in Los Cármenes.

And it is that Andoni Iraola, coach of the red-and-red team, has decided to stop talking about Falcao with his own name after he titled the Colombian’s problem as “a small injury”, which is already five weeks out. Before that duel in Andalusia, the Spanish strategist decided to give a much more general report on the health of his players, saying that “in the next matches we hope to be able to count on someone else”.

El Tigre has been suffering from muscle discomfort since last February 26, when he acted for a few minutes in the defeat against Real Madrid in Vallecas. On that occasion, Falcao came on in the 73rd minute and finished the game until the final whistle, a fact that did not mean a serious injury.

What was not in the accounts is that it would take him more than a month to recover and he was even forced to rule out his participation with the Colombian National Team in the last two games of the South American qualifier. The situation becomes more serious if you refer to the photos published in the Rayo training and the conclusion is that Falcao is not even doing field work, away from the dynamics of the group under Iraola’s orders.

Impatience has taken hold of Rayista fans who dreamed of having an experienced leader on the field and, if not, they had to suffer due to the lack of goals from their team in the second half of the season. The samarium continues with the mark of 5 goals achieved at the start of the championship and his goalscoring drought already extends for more than five months, a more than alarming fact for the figures of his time in Europe. The last celebration in the Spanish league was on November 6 at the Santiago Bernabéu, during the 2-1 defeat against Real Madrid.

Falcao does not escape the controversy and, in the midst of all the commotion caused by his absence, he was strongly criticized by the Rayo fans when he appeared at Maluma’s concert at the WiZink Center this Tuesday.

El Tigre was seen quite happy with his wife Lorelei Tarón and close to James Rodríguez’s mother, María del Pilar Rubio, who published some videos of the event, including one in which the striker is seen shouting at the top of his lungs the songs of the artist from Antioquia who is currently on tour around the world.

Falcao worries about an injury to Rayo, but they caught him in concert and they hit him with everything