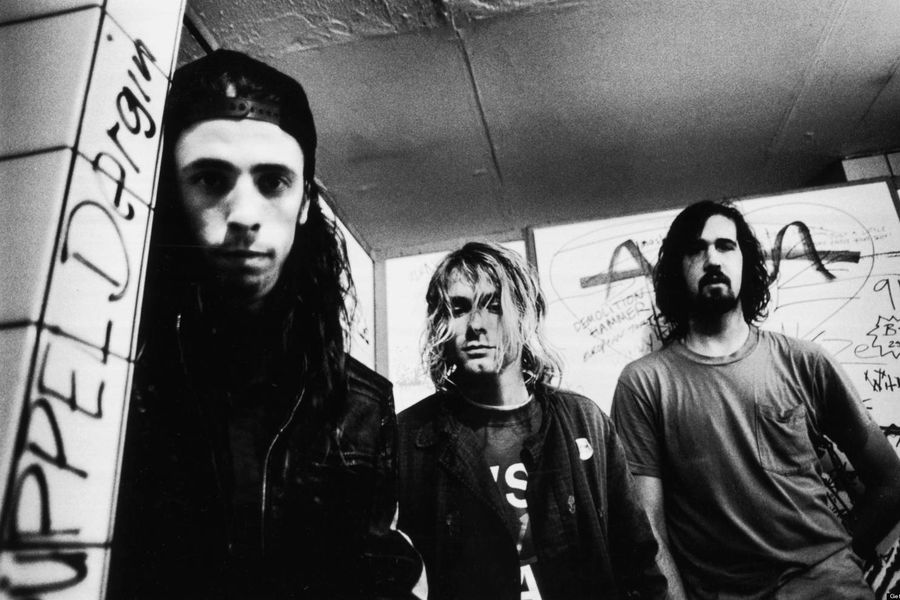 In mid-September 1991, the DGC label, the alternative rock division of the then gigantic Geffen Records – which in those days had Guns N ‘Roses, Aerosmith and Cher – released the first copies of Nevermind, Nirvana’s second album, one of their most recent signings. Sonic Youth’s Thurston Moore, at the time the label’s biggest independent rock band, recommended to executives that they hire the trio. “I know that in general you don’t like new groups, but in this case it would be convenient for you to make an exception,” the musician told them. The label took to stores across the United States an initial batch of just over 46,000 records, thinking that, in the best of cases, they could sell 500,000 units. To date, it has sold more than 30 million and there was a time when the album shipped 300 thousand copies per week.

The story of Nevermind It is not only the last album that revolutionized rock, 30 years ago. It is also that of a phenomenon that took everyone by surprise. That of an album with a certain ambition but fundamentally punk matrix and underground spirit that ended up conquering all the rankings like nobody had done before. The surprise was total for its authors, for the public, for the specialized press of the time, for the artists who then led the sales, especially for the team that worked with Nirvana.

“Kurt (Cobain) said ‘I want to be as big as the Pixies’, and that was our horizon. Sometimes, when there was no one else, in the back of my mind I thought that maybe they could become as big as Jane’s Addiction ”, remembers ex-manager Danny Goldberg in an interview with Variety today, laughing at himself and the moderate expectations in around the trio that Krist Novoselic and Dave Grohl completed, who although they had had a good reception with their debut Bleach (1989) in the most alternative circuit -especially in the United Kingdom-, it did not seem prepared for the total leap to massiveness, overexposure and the nickname of “voice of a generation” that they quickly acquired.

Although for Cobain, stardom was not exactly an unattainable goal or an alien world. Only no one had ever done it before the way he did. “Kurt loved Black Flag and the subculture, but he also loved the Beatles, and discovered a way to combine those two loves,” says Goldberg in the same Variety note. “I think he always had an intuitive sense of the mass audience, because he was part of that mass audience, although he was also part of the punk subculture.”

All in all, Geffen’s press promotion for Nevermind it was lower than what was then standard for a major record label. In fact, only from the positive comments from close people and from journalists who had previously been sent the album, they convinced DGC to increase the original circulation of the album, which went from 35,000 to just over 46,000 units.

Nevermind It went on sale on September 24, 1991 and debuted in position 144 of the Billboard ranking, the official system in the United States to measure the commercial and media impact of a launch. Music critics, in fact, generally ignored the album’s release, and only when the single Smells like teen spirit began to gain popularity in the following months and became an unexpected worldwide hit, the reviews surrounding the album began to catch up.

Of course, the reviews that did appear at that time were mostly positive. On September 27, 1991, just three days after her appearance, Karen Schoemer of The New York Times wrote: “With Nevermind, Nirvana has certainly hit the mark. There are enough intriguing textures, mood swings, instrumental snippets and clever puns to provide hours of entertainment. ” The journalist rightly concluded that the album was “more sophisticated and carefully produced than anything similar bands like Dinosaur Jr. and Mudhoney have offered.”

Even more effusive was Everett True, from the other side of the Atlantic, where the trio already had a certain renown on the underground circuit. For the legendary English publication Melody Maker, the critic wrote: “When Nirvana launched Bleach Several years ago, the most enthusiastic of us thought they had the potential to make an album that would blow all of their rivals away. My God, they gave us the reason ”.

Although DGC executives considered that the first single from the LP and the one that would really hit massively would be Come as you are, on September 10 of that year they launched Smells like teen spirit as a single, seeking to expand its reach on alternative radio stations and US university campuses. The romance was instantaneous and surpassed all expectations, especially when the famous video clip was released on MTV. The piece became a phenomenon, it rotated all day and somehow promoted a whole new look on the video music channel, giving it a new audience to bet on. Months later would come the two MTV awards, the double Grammy nomination and the remembered Weird Al Yankovic parody. Smells like teen spirit it became an instant classic.

The above generated that some large musical media that had overlooked the launch of Nevermind put their eyes back on the disk. In December 1991, three months after its appearance, the popular Spin magazine recognized that with Nevermind “You’ll be humming all the songs for the rest of your life, or at least until your CD runs out.” While Rolling Stone, on November 28, gave the album four out of five stars, noting that the LP “possesses the songs, the character, and the confident spirit to be much more than a resurgence of high-octane radio hits. university ”.

Not all the reviews were exactly positive. The Boston Globe was less enthusiastic about the album, and critic Steve Morse found that “most of Nevermind it’s packed with generic punk-pop that has been performed before by countless bands, from Iggy Pop to Red Hot Chili Peppers. ” He even said that “the band has little or nothing to say, settling for stupid ramblings from singer and lyricist Cobain.”

They were days without internet and slower times, so it took four months before Nevermind it was definitively consolidated, when at the end of January 1992 it climbed to the top of the Billboard 200 ranking. In Chile, at that time and thanks to the rotation of the video on MTV, the album was also analyzed in the local press.

In a review dated December 6, 1992, the supplement La Escalera de La Tercera included a review of the cassette of Nevermind, also dedicating space to the figure of Cobain, “a schizophrenic and extremist who wants to break with everything established,” says the publication.

About the album, the article highlights that “their music is entertaining, especially in songs like Lithium, Come as you are and Polly. They have a good workmanship, they are dense, but not bad, rather they seek in their lyrics to create an excessive debauchery, typical of the ’90s ″.