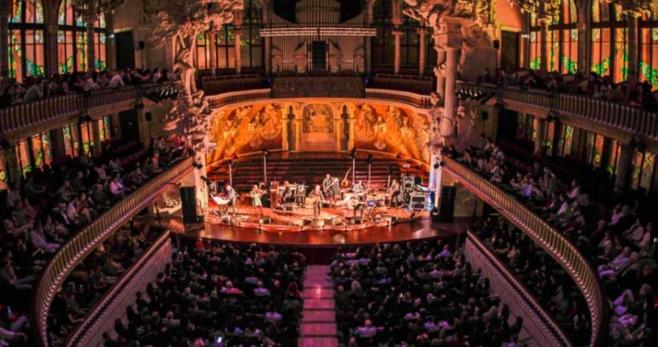 Little by little, it returns to the normality so longed for since the outbreak of the pandemic almost two years ago. And one of those timid signs of recovery goes through the return to celebration of massive events, without forgetting the security measures as it could not be otherwise, as is the case with festivals from music. Appointments where the best of sound meets and that will fill a good part of the cultural agenda of a city like Barcelona with examples like 23 editions of the Festival Mil·lenni.

An event attended by stage stars such as Maruja Limón (who will perform at Sala Apolo), Sharon Corr at BARTS, José González at Palace of Music, Morcheeba in Razzmatazz, Pastora Soler in the basilica of Santa María del Mar or Fangoria in the Sant Jordi Club among many other artists and groups already confirmed for this festival that still has Just a few days to kick off.

It will be from January 25 when the celebration of the 23rd Mil·lenni Festival takes place, which in addition to the names already mentioned, will feature the presence and performance of performers and groups such as Rigoberta Bandini, Mariza, Julieta Venegas, Ramon Mirabet or Suu among many others.

Concerts that will be distributed throughout the different spaces and scenarios that make up this music festival that will take place until next January 13, 2023 (where a single performance by the Barcelona Gipsy Balkan Orchestra will take place). Almost a year ahead to enjoy the best musical notes and melodies in what is one of the cultural events of the year in Barcelona.

Anyone who does not want to miss some of the concerts that will take place during these months can buy the tickets for the recital of your choice for this musical event that will start on January 25 with the performance of the mythical Hombres G on a unique stage such as the Gran Teatro del Liceo. A day later it will be the turn of singer-songwriter Pablo Milanés, who will be followed, during the month of January, by names such as Sharon Corr and Maruja Limón.

The most classical will be able to enjoy Adamo or Paco Ibáñez, as part of this year’s Mil lenni Festival poster, as well as the celebration of a unique opera concert in the Basilica of Santa María del Mar: Requiem de WA Mozart. On the other hand, concerts have been programmed for the youngest spectators with protagonists who are well known to them, such as Suu or Ramón Mirabet. But, the long list of performances does not end here since during this year you will be able to enjoy the best sound of Carlos Nunez or from the musical Broadway to the Liceu among other proposals.

A new opportunity, therefore, to enjoy the best of music and to feel that normality is slowly making its way into cultural plans. And that this outstanding event has been held every year. Of course, last year the call was smaller and featured performances by Juno, Abba The New Experience, the Escolanía de Montserrat, Muerdo and Paco Ibáñez.

With this 2022 it returns in some way to the massive editions that took place years ago like the one that took place between 2019 and 2020 and that featured performances by Matt Simons, Mónica Naranjo, Manolo García, Amaia, Diego el Cigala, Ana Belén, Anni B Sweet and Zahara, among many other performers and groups.

The programming of this new edition of this music festival is open to all audiences who wish to attend but, in the case of those under 16 years of age (14 years at L’Auditori), they must be accompanied by an adult to be able to access any of the shows. For their part, the people with reduced mobility They will have special access but must first contact the organization when purchasing seats for the concerts they wish.

As it could not be otherwise, the celebration of this musical festival will be done by controlling at all times the relevant health security measures in order to guarantee a safe culture. Thus, in the common areas of the various spaces and settings where the recitals take place, stalls with hydroalcoholic gel will be set up, the use of a mask is mandatory in all venues, the spaces will be disinfected frequently and the possibility of refund the amount of the ticket in case of cancellation of the concert.

Everything ready for the start of the Mil lenni Festival