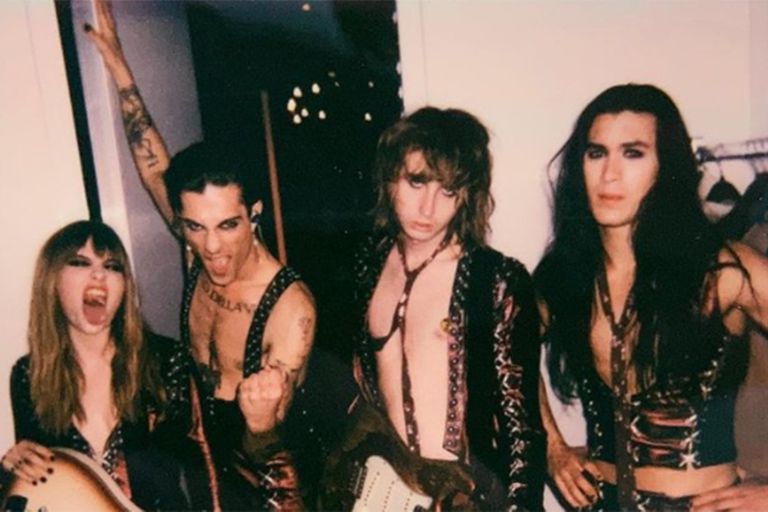 The heavy metal band Måneskin, from Italy, won the Eurovision Song Contest, which took place in Rotterdam, in the Netherlands. However, after a video circulated where images prior to the final of the contest could be seen and there was speculation about an action that his singer performed, Damiano David will undergo a voluntary drug test.

The images that went viral on social networks show Italians celebrating and drinking during the big night. It can also be seen Damiano tilting his head on the table, which opened up speculation as to whether he was using drugs. Quickly, the same leader denied this version during a press conference he gave on Saturday night, after the group’s victory. “[Thomas Raggi, el guitarrista] broke a glass … I don’t do drugs. Please, guys, don’t say that. No, cocaine, please don’t say that, ”he told the media.

During Sunday, the organizers of the contest referred to the incident through a statement. “We are aware of the speculation surrounding the video of the Italian winners of the Eurovision Song Contest in the green room,” they said. Meanwhile, from the European Broadcasting Union (EBU) they maintained that the band has “vigorously refuted” the accusations of drug use and that David will undergo a voluntary drug test After you get home. The band requested a test on Saturday night, but “the EBU could not organize it right away,” organizers said. “The band, their manager and the head of delegation assured that there were no drugs present in the Green Room [el área reservada a los artistas durante el festival] and they explained that a glass broke on their table and was being picked up by the singer. The EBU confirmed that broken glass was found after an inspection of the place ”, they added.

Måneskin representatives told Variety that the testing is going to take place today. It is not yet clear what can happen if the singer’s test is positive.

The band later said on Instagram that they were “ready to get tested” because they have nothing to hide. “We are really shocked by what some people are saying about Damiano using drugs. We are really against drugs and we never use cocaine, ”they said.

The Italians were the winners of the 65th edition of the Song Festival, with 524 points, closely followed by the French singer Barbara Pravi, with 499 and the Swiss artist Gjon’s Tears, with 432.

“We just want to say to all of Europe, to the whole world: rock and roll never dies”, the frontman shouted from the stage after his band was the winner of the festival [esta es la tercera oportunidad en que Italia se hace con este premio]. The group is also composed of the bassist, Victoria De Angelis, the guitarist Thomas Raggi and the drummer Ethan Torchio.