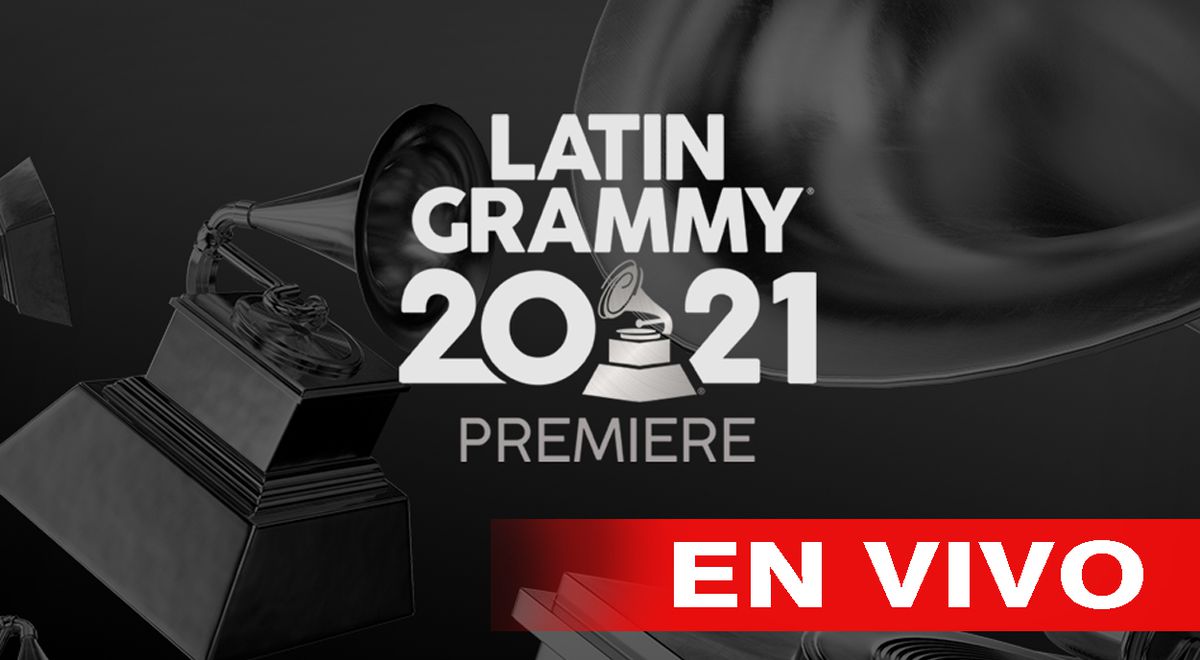 The Latin Grammy, the most famous event in the Latin American music industry, will take place in person, after two years, on the night of this Thursday, November 18 in Las Vegas, Nevada, and will be broadcast worldwide. The ceremony, which rewards the best exponents of music and the most outstanding productions, It will have more than three hours full of rhythm and will have Ana Brenda Contreras, Carlos Rivera and Roselyn Sánchez as hosts of the event.

In this note we tell you all the details about the gala, the data you have to know to be able to tune in from digital platforms and also the list of the artists with the most nominations of this 2021.

YOU CAN SEE: How to watch the Latin Grammy Awards 2021 LIVE: HERE LINK of transmission

As in his Tiny desk performance, the Spaniard sang with sitting on a table in full revelry.

They pay tribute to the great Armando Manzanero

Carlos Rivera was accompanied by Paula Arenas and the Venezuelan Nella, singing “This afternoon I saw it rain” and “Still”. 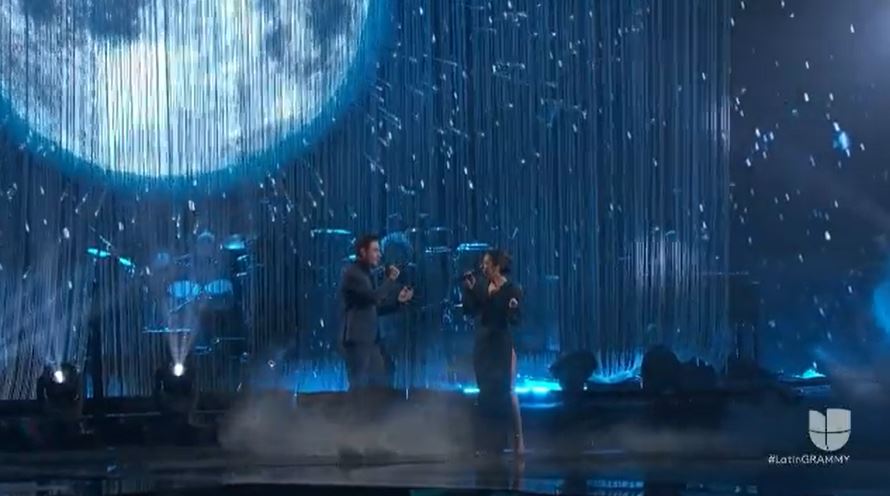 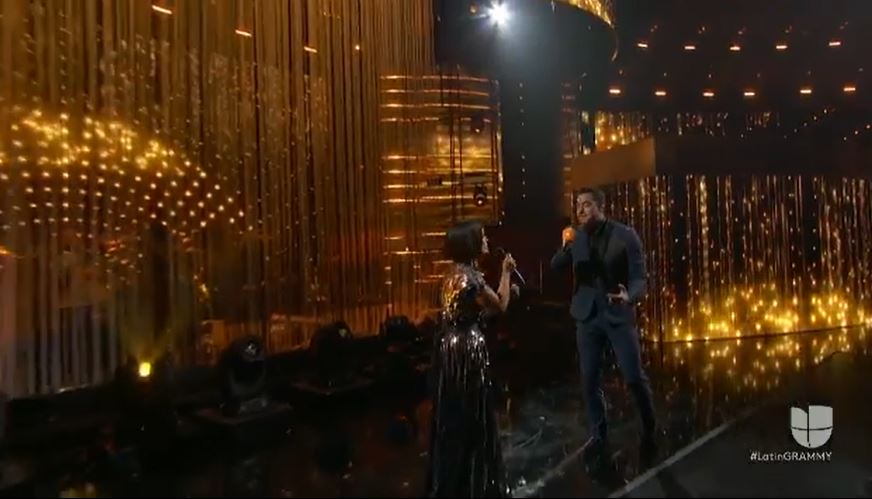 He took the Las Vegas stage along with Jay Wheeler. 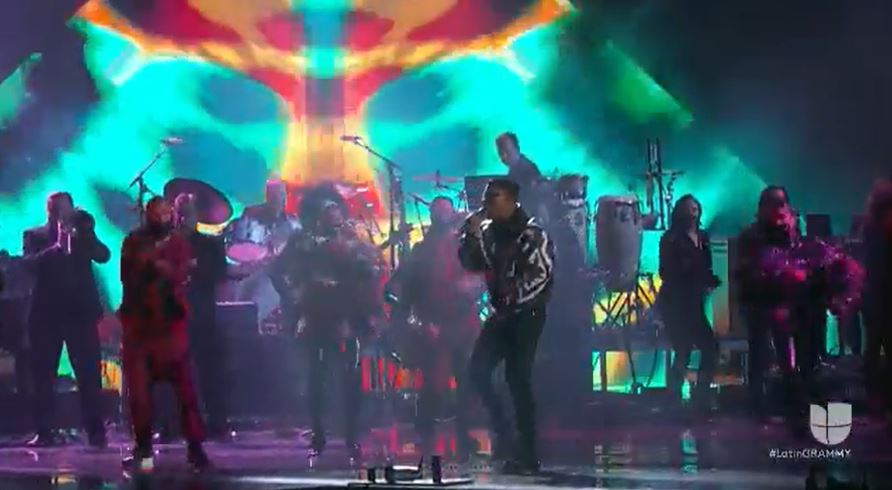 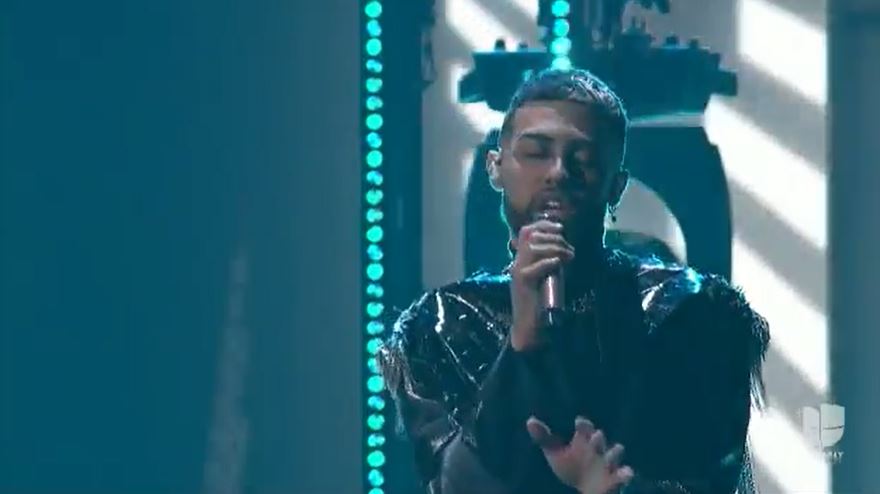 There is a tie at the Latin Grammy 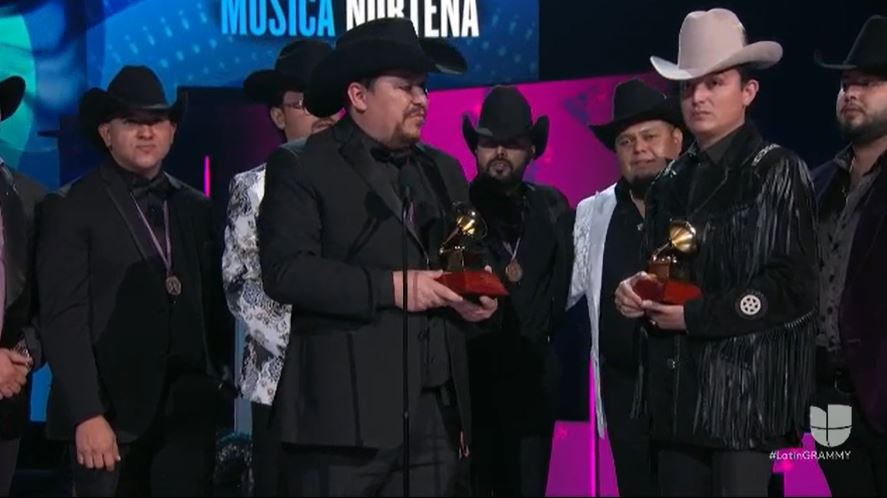 It was introduced by his wife, Evaluna, and his father-in-law, Ricardo Montaner. 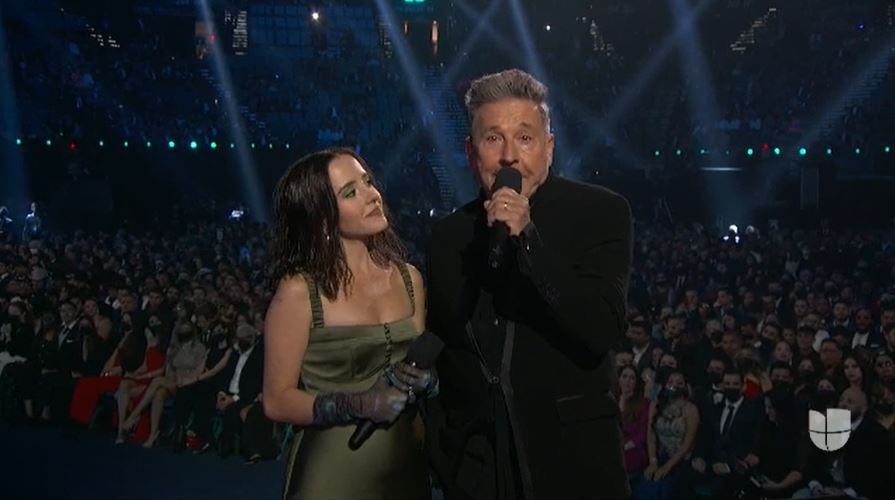 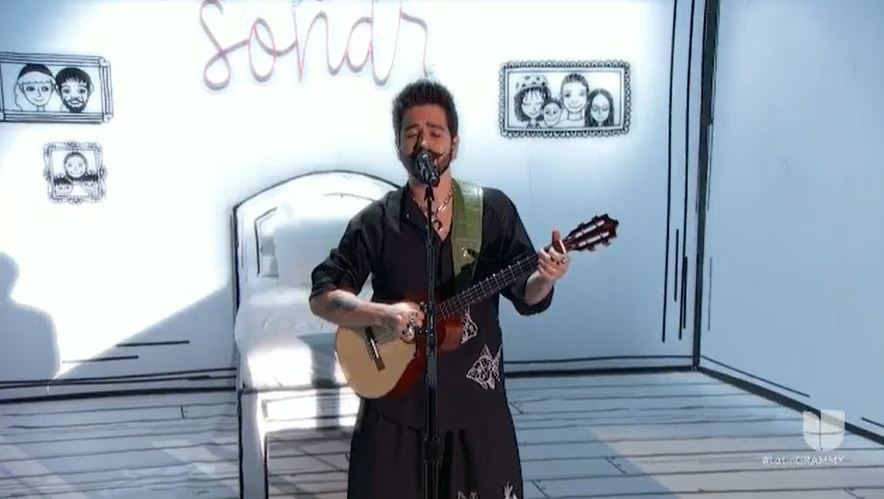 Grupo Firme takes the stage of the Latin Grammy

They performed several of their songs, making the entire audience sing with “Ya supérame”. 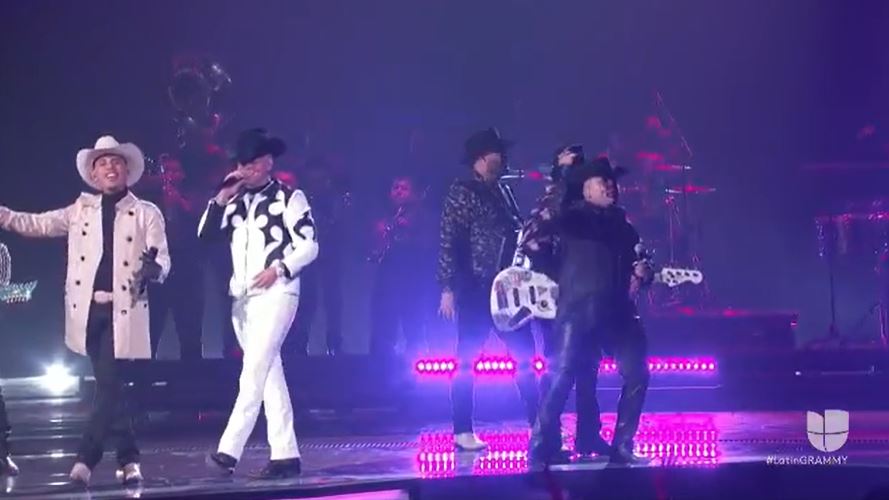 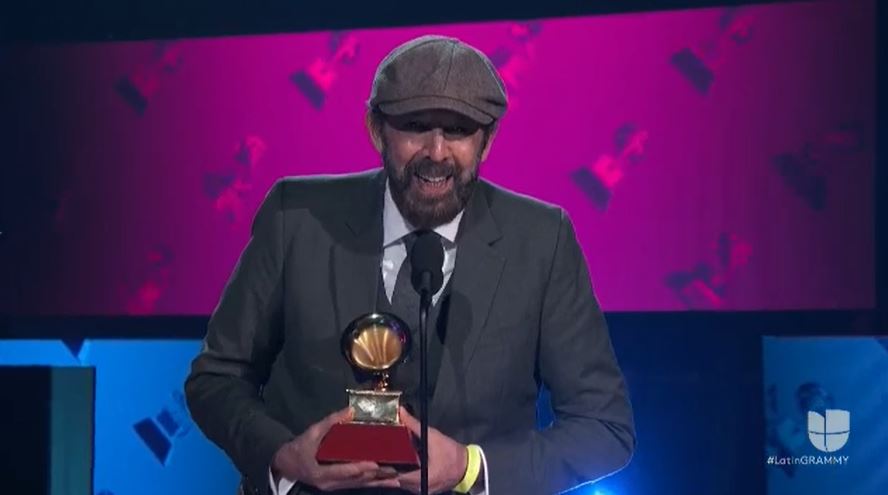 The most important gala of Latin music begins

Gloria Estefan and Diego Torres brought the Las Vegas crowd to their feet. 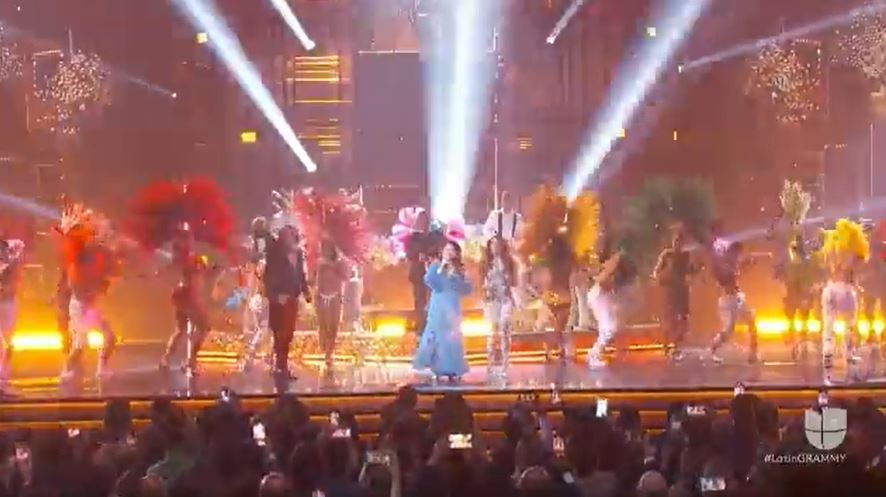 The singer expressed that she has fallen in love with Latin music again thanks to her collaboration with Becky G, Nicki Nicole and Nathy Peluso. 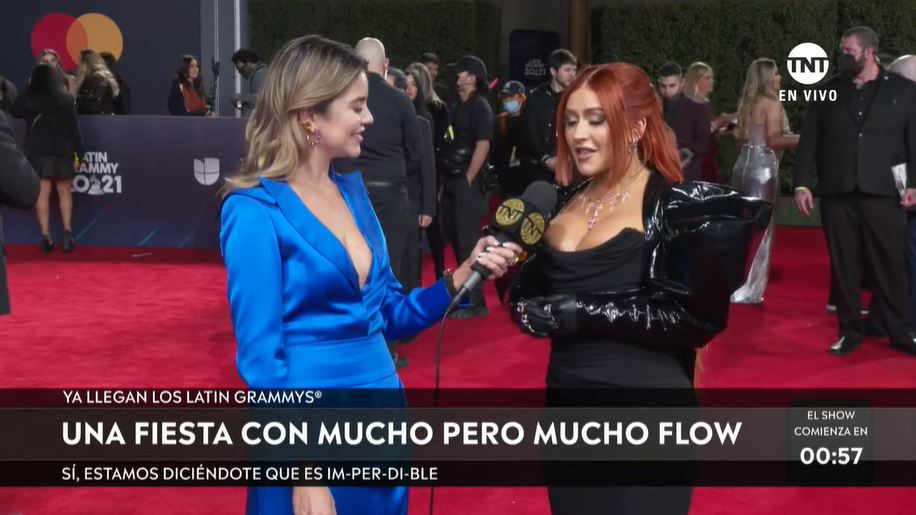 He already has an accolade tonight for rock album. 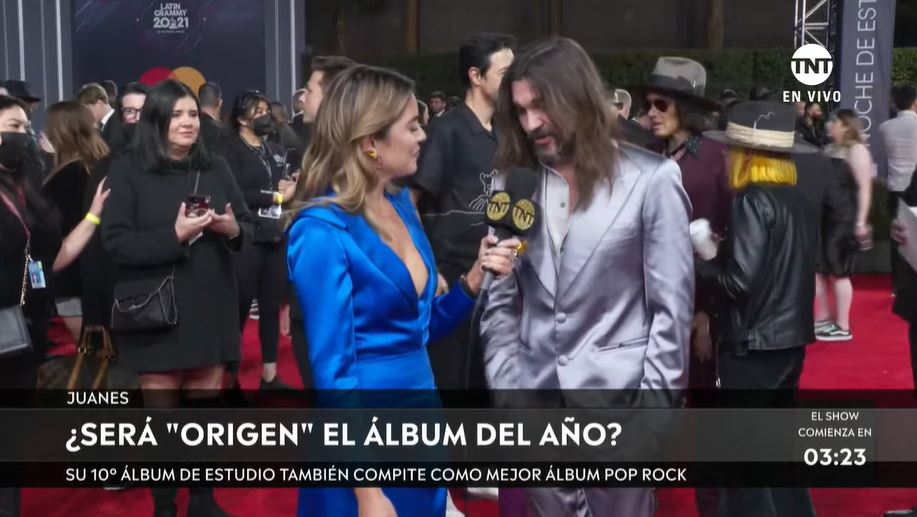 Café Tacvba will play with Juanes

They will make a tribute to the divo of Juárez, the emblematic Juan Gabriel. 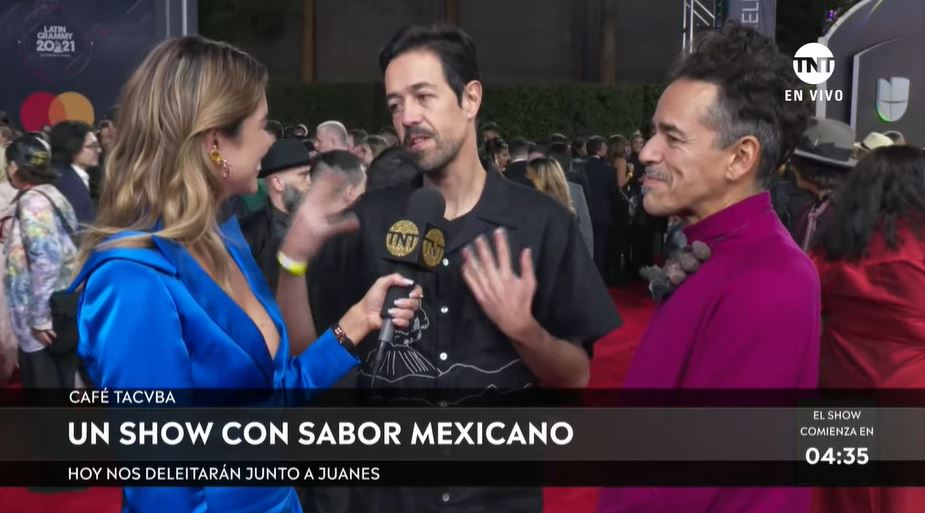 The urban pop star stressed that “it is a journey” to be recognized internationally. 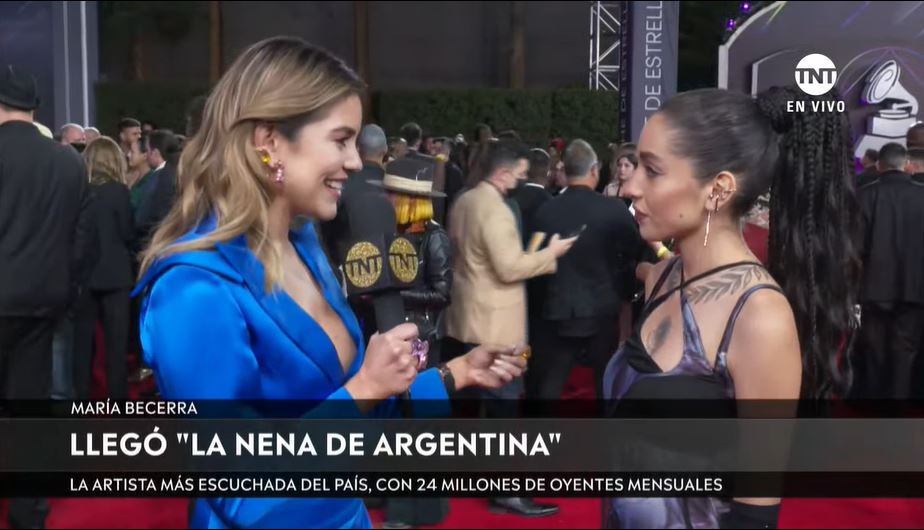 Just last year the singer was nominated for Best New Artist. Today he already won a Latin Grammy with Camilo. 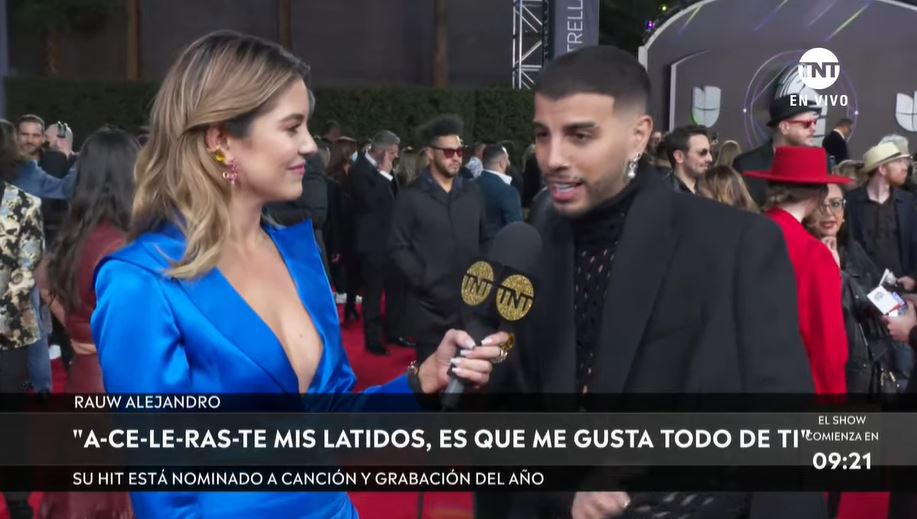 The Argentine will take the stage with the legendary Christina Aguilera, Becky G and Nathy Peluso. 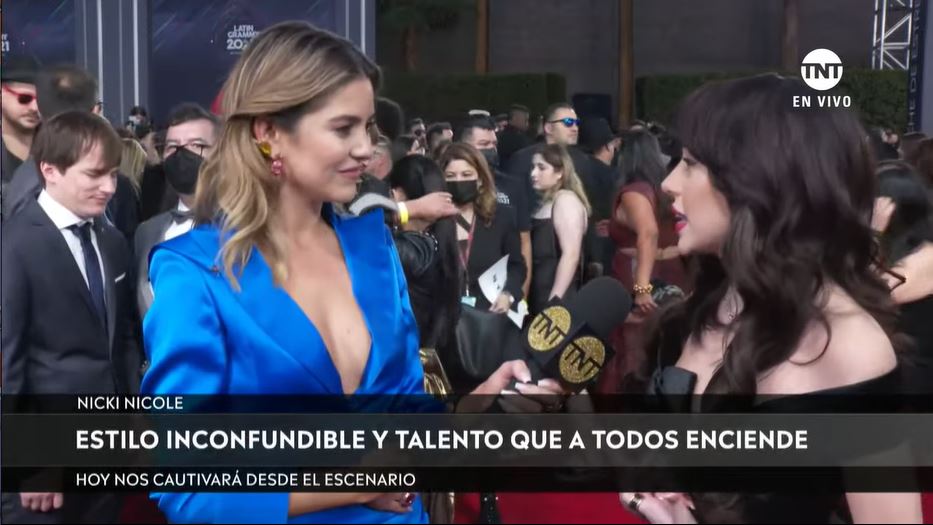 Mau and Ricky will have a live performance soon

The brothers have been nominated as a family for the awards. His song “Amen” could win Record of the Year. 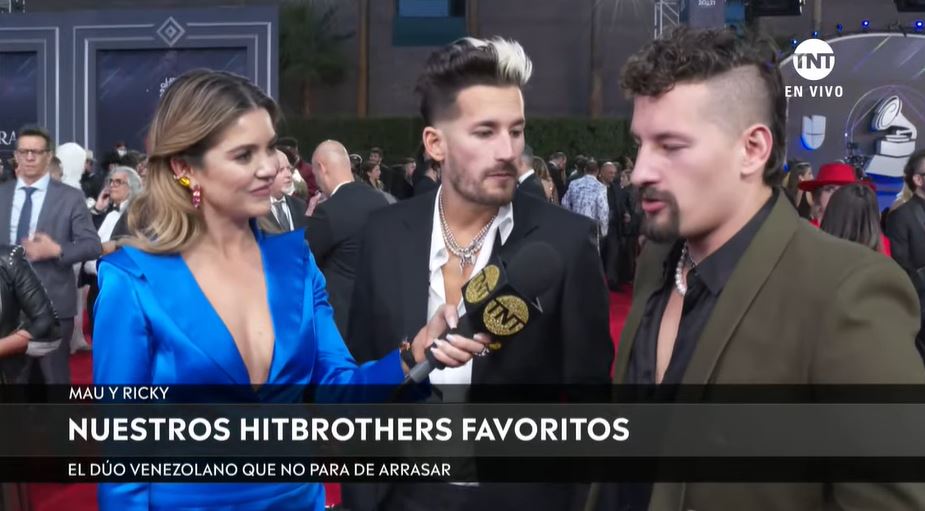 Before the gala begins, the Colombian already has 3 Latin Grammys, one with his father-in-law. Camilo is the artist with the most nominations of the night. 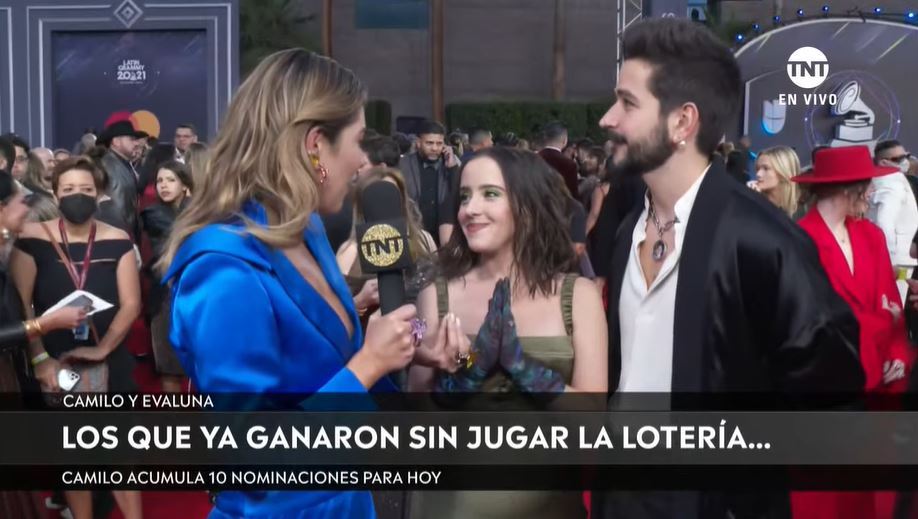 Gloria Trevi will sing with Camilo and Mon Laferte

She is nominated for Best Pop Song for her collaboration with Mon Laferte, “La mujer”. 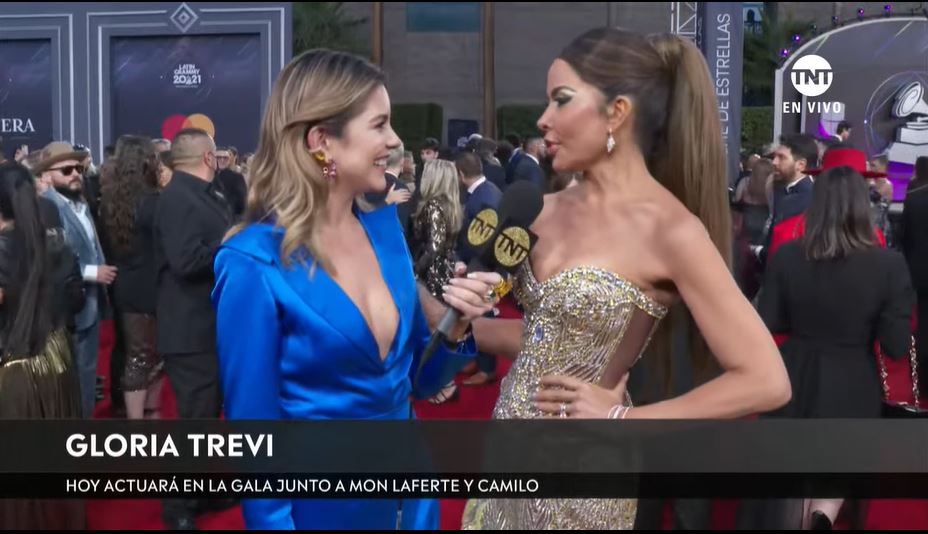 The Argentine is a producer and also a performer. 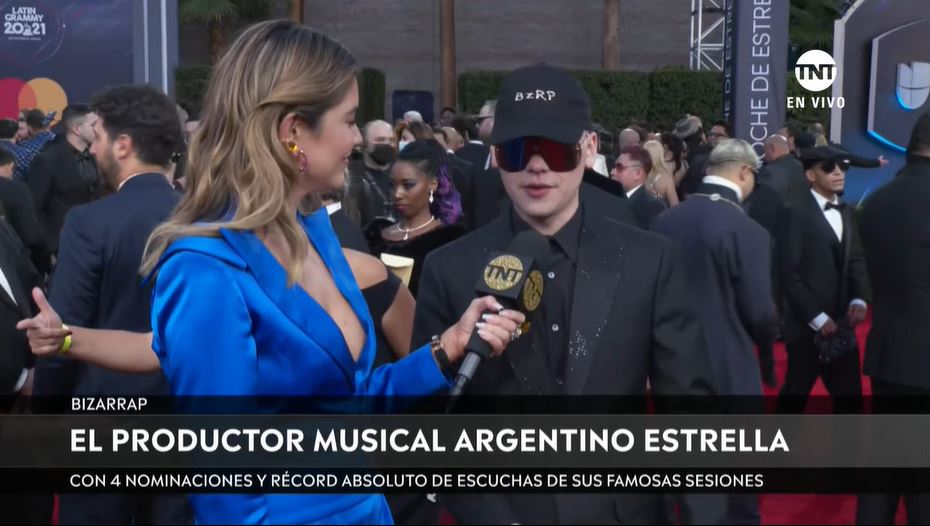 Boza will have the honor of closing the show

The Panamanian has been nominated for Best New Artist. 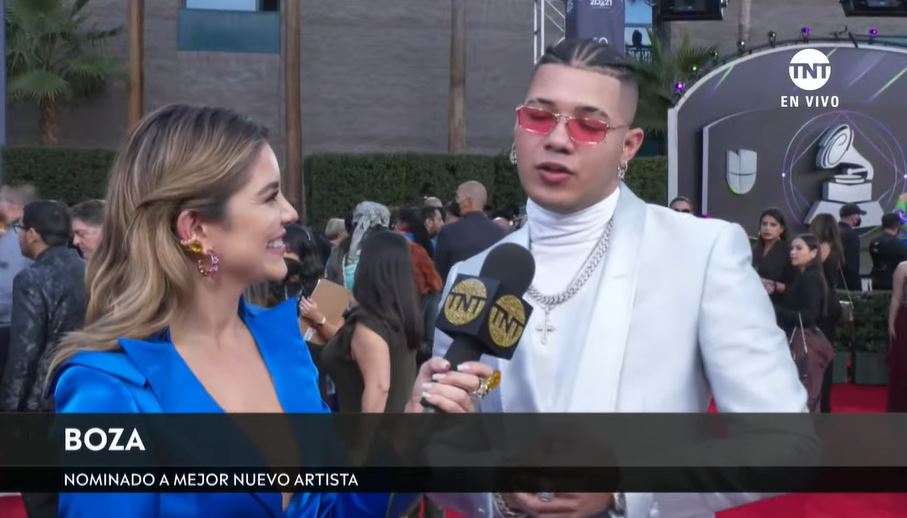 Ozuna is: “Happy, excited and enthusiastic”

The singer has two nominations tonight. He stressed that in his genre it is where he has found the most a collaborative environment. 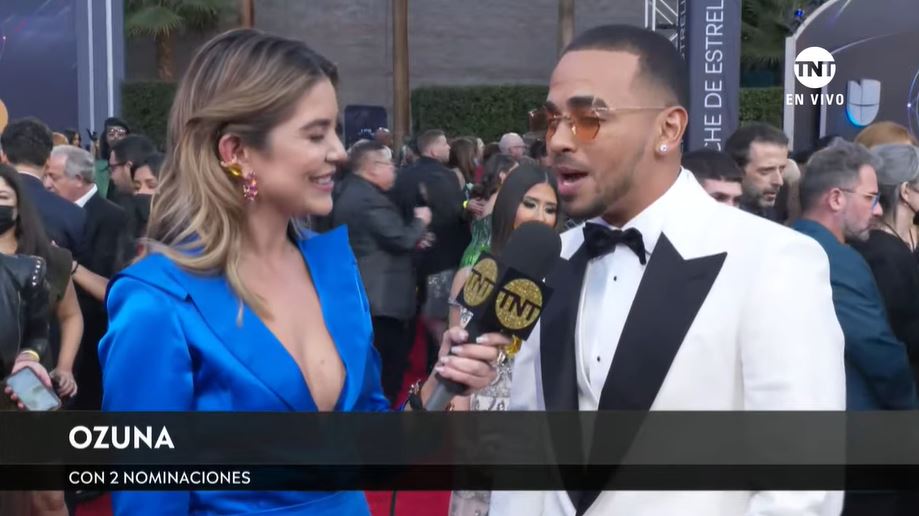 Rozalén remembers her performance in honor of Rubén Blades

The Spanish confessed that she was excited to meet the Puerto Rican Resident. 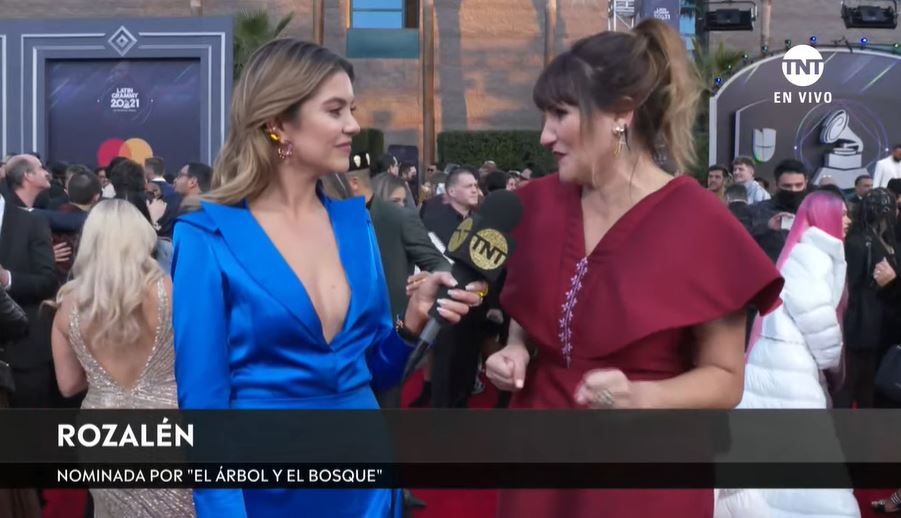 Paloma Mami bets on being the best new artist 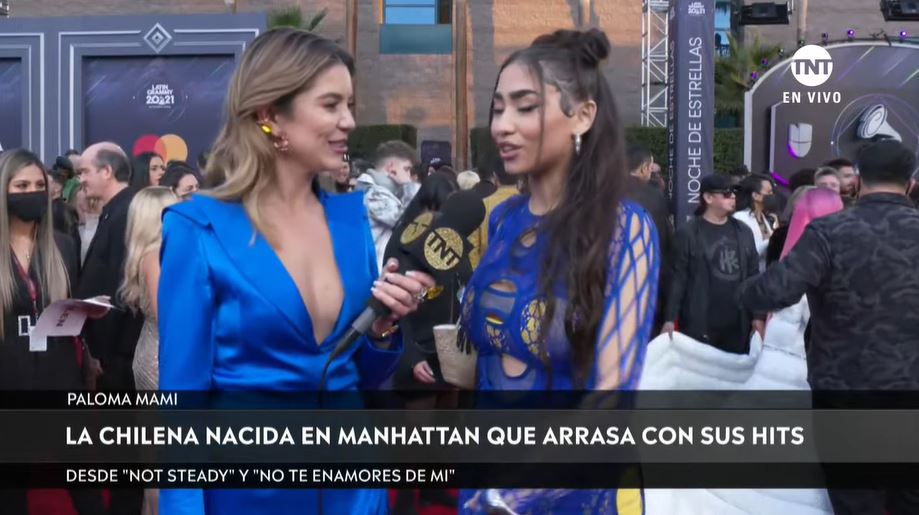 The Chilean has received the award for Best Album. 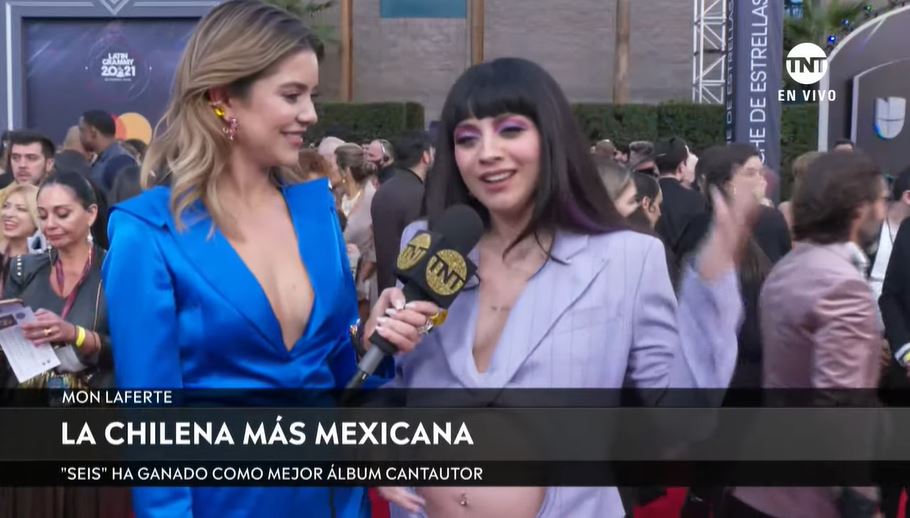 Who are the artists with the most nominations?

The nominees for the Latin Grammy 2021 They were announced at the end of September and the favorite is the Colombian artist Camilo, who has 10 nominations. Juan Luis Guerra also accumulated a large number of mentions in six categories. C. Tangana follows them with five recognitions, while Bad Bunny and Pablo Alborán have four.

This edition of the Latin Grammys will feature the conduction of figures such as Ana Brenda Contreras, Mexican actress; Carlos Rivera, Mexican singer, and Roselyn Sánchez, Puerto Rican actress. They will be in charge of presenting the ceremony on November 18.

The Latin Grammy are characterized by their presentations live. This year, renowned artists will take over the stage to liven up the awards. This is the list of performers who will play music at night:

Where will the 2021 Latin Grammy Awards take place?

The famous Latin music event will take place at the MGM Grand Arena in Las Vegas. The venue was inaugurated in 1993 and has a capacity of up to 16,800 people.

What time is the 2021 Latin Grammy Awards?

If you want to tune in to the ceremony from abroad, We leave you the list of schedules by countries:

YOU CAN SEE Latin Grammy 2021: complete list of nominees for the Latin music awards

What channel does the 2021 Latin Grammys broadcast on?

The Latin Grammy 2021 they will be transmitted from the United States to the whole world from various signals. In the following list we specify the channels that will pass the musical event:

How to watch Univision LIVE?

To tune in to the Univisión signal live and through the internet you can download the application Univision Now, which is available for Android and iOS devices. However, you will have to pay for a subscription.

How to watch TNT LIVE?

If you want to see the Latin Grammy through TNT you just have to tune into the appropriate channel on your preferred cable provider:

In the same way, you can access the live signal online through the digital platforms of these companies: Movistar play, Claro play and DirecTV go.

Where to see the Latin Grammy Awards 2021 LIVE?

On The Republic Shows You can know all the details of the Latin Grammy 2021 and know which artists won their categories live.

Album of the year

Song of the year

Record of the year