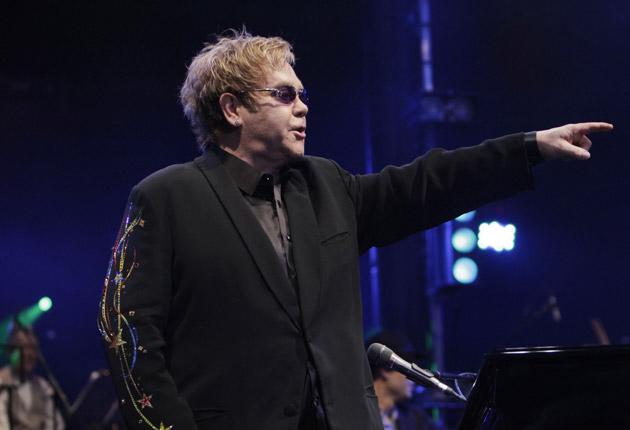 Elton John has issued a strong statement warning the government that the UK it is in danger of losing “a generation of talent” to “huge holes” in its trade deal with the EU.

What The Independent revealed earlier in the yearDespite Boris Johnson’s promise to “fix” the crisis, triggered by the Brexit deal, no talks have taken place and artists have simply been promised advice on the huge barriers they now face.

On Thursday June 10, John shared a post on his Instagram in which he revealed that he, along with his partner and CEO of Rocket Entertainment, David Furnish, Craig Stanley of Marshal Arts and Lord Paul Strasberger, met with Lord Frost “to explain the damage that trade agreement, which he negotiated with Europe, is doing to the music industry from United Kingdom”.

John warned that due to the trade agreement, new and emerging artists will not be able to roam Europe freely – “an essential part of their education and development” – due to the prohibitive nature of visas, cards and permits that are now required.

“Despite this looming catastrophe, the government seems unable or unwilling to fix this huge gap in its trade deal. And its usual stance is to blame the EU rather than find ways out of this mess. “said the 74-year-old musician.

“The situation is already critical and touring musicians, teams and support staff are already losing their way of making a living.”

John emphasized that he was not writing because he was concerned about the artists currently touring arenas and stadiums: “We are fortunate to have the support staff, finances and infrastructure to eliminate the bureaucracy that Lord Frost’s decision has created.”

“The most serious situation is about the damage to the next generation of emerging musicians and artists, whose careers will stagnate before they have even started due to this infuriating blame game,” he wrote.

John said that if he had faced the financial and logistical hurdles that young musicians now face, he doubts he would be where he is today.

“During our meeting, Lord Frost said that trying to solve this problem is a long process,” he wrote. “Unfortunately, our industry does not have time. He is dying now. The government has broken a promise it made in 2020 to protect musicians and other creative industries from the impact of the Brexi on tours of Europe.

“Now they need to find both short-term and long-term solutions to ensure that the UK music industry continues to prosper.”

He concluded his statement by pointing to a “window of opportunity” created by the interruption of tours caused by the pandemic.

“I call on the government to fix this mess or we risk losing future generations of world-class talent,” he said. “The question here is whether one of the UK’s most successful industries, worth £ 111bn a year, will be allowed to prosper and contribute enormously to our cultural and economic wealth, or if the industry is going to collapse.” .

Last month, a legal opinion obtained by the Incorporated Society of Musicians (ISM) dismantled the reasons given why the government failed to reach a visa waiver agreement (SVA) with Brussels.

The organization also said that the EU has no fewer than 28 such agreements, making it easier for artists in countries like Colombia, the United Arab Emirates and Tonga to tour than artists from the United Kingdom.

“Despite what ministers have told parliamentarians, recent legal advice has shown that it is entirely possible for the government to make a deal,” said Deborah Annetts, executive director of the ISM.

“The music sector is now looking beyond the coronavirus, and it remains virtually impossible for many creative professionals to work in Europe in the short term or as freelancers.”