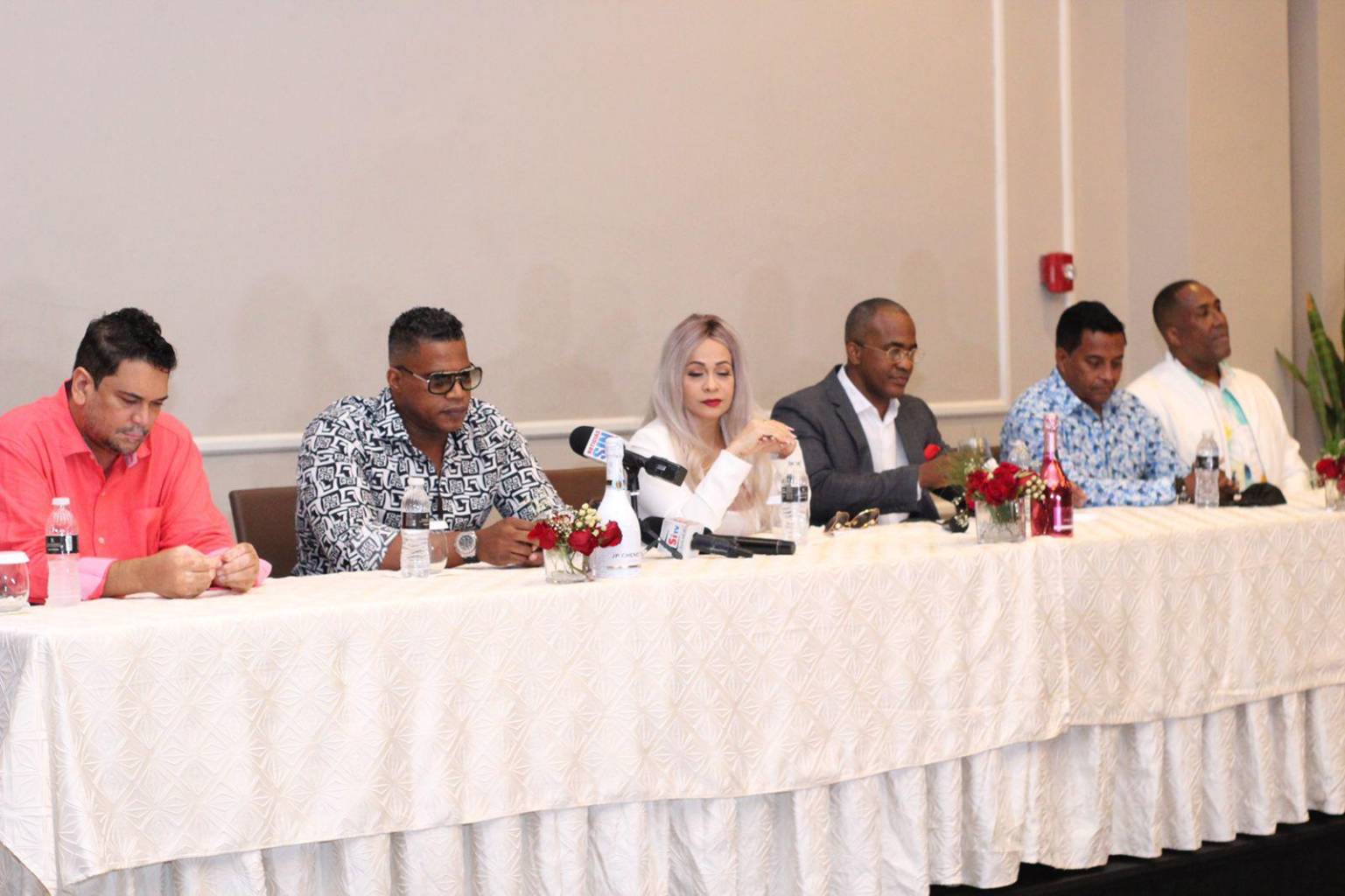 Maestro Johnny Ventura never stopped. In the last year he has been preparing new songs and shows. One that promised was the meeting between two “rivals” in the industry that did not go beyond the musical: Johnny Ventura and Wilfrido Vargas.

Almost a month after his departure, the Alberto Cruz Management company announced on Wednesday night the concert “The Legacy of the Horse “, in homage to the merengue legend that will take place on Friday, September 24, at the La Fiesta theater of the Jaragua hotel.

This event was already conceived and the interpreter of “Merenguero hasta la tambora” was preparing. But your son, Jandy Ventura, as well as the invited artists, will give continuity. From 9:00 at night the public will enjoy the music of the teacher Wilfrido Vargas, “La Diva del Merengue” Miriam Cruz and Jandy Ventura “El Legado”; while the humor will be put by Felipe Polanco “Boruga”, Jochy Santos and Cuquín Victoria.

The animation will be by Domingo Bautista, under the artistic production of the award-winning producer René Brea and the musical direction of the maestro Henry Jimenez.

Alberto Cruz, executive producer of “El Legado del Caballo”, informed during the press conference held this Wednesday in the Anacaona Room of the “La Fiesta” Room of the Hotel Jaragua that the show will also be presented Saturday September 25 at the Rancho Guacamayo facilities, owned by Monsignor Nouel.

“This concert means a lot to us, because in addition to being the greatest merengue figure of all time, Johnny Ventura was a father to me. During the time I stayed in his orchestra, I received the advice that every young man who starts in this world of entertainment needs to achieve his goals, ”said Alberto Cruz.

The merenguera Miriam Cruz almost cried when she remembered how grateful she is to the also politician and philanthropist, since in any scenario that she invited him, he was always available, in addition to writing several songs, including “It is necessary.”

Cruz said that the concert will be ideal to be on stage with Wilfrido Vargas for the first time since 1991.

Jandy Ventura affirmed that he will not put on his father’s shoes when asked by journalists. “No one is going to fill Johnny Ventura’s shoes. Thank God I was 46 years old by my dad’s side. In those years my dad was forging and creating shoes for me that I’m wearing today so that you can enjoy his music, “he declared to the applause of the audience.

The also producer and composer thanked the public for the support and the company in the difficult moments that the family has experienced. He said that it will be an event of great quality, nostalgia and joy.

Roberto del Castillo, an inseparable companion of Ventura who was with him at the head of the group, was not shy about confessing that he has spent more time with Johnny’s family than with those who sired him. He saw the children of the Greater Horse being born and reiterated that “we are going to make the Horse feel proud wherever it is.”

Henry Jimenez praised the greatness of the artist who recorded more than 100 albums. He told Jandy and everyone present that “I am here for the legacy and any honor to the Horse always.”

René Brea said It will always be an honor to honor Johnny Ventura.

He had the opportunity to perform the virtual concert “More than one hundred” in 2020 being a total success. “This time we will not have him physically, but I know that he will be next to me from the controls watching and feeling pride for his children, biological and musical, for his orchestra, for his merengue and for colleagues of the genre, who likewise that he has made our music a world rhythm ”, said the renowned show producer.

“The concert will have an emotional charge. It will be the first time that a lively, colorful and at the same time emotional concert will be presented. For me it is a great pleasure to work with these stars,” he said.

He questioned that events like this have not had so much support so far. However, after Johnny’s death “many brands rode the wave,” he said.

He highlighted the participation of two of the greatest comedians of all time: Cuquín Victoria and Felipe Polanco “Boruga”. “Having the dynamic duo of humor is always a luxury.”

Indeed, “Merengue hasta la tambora” will be danced as only Johnny Ventura knew how to do.