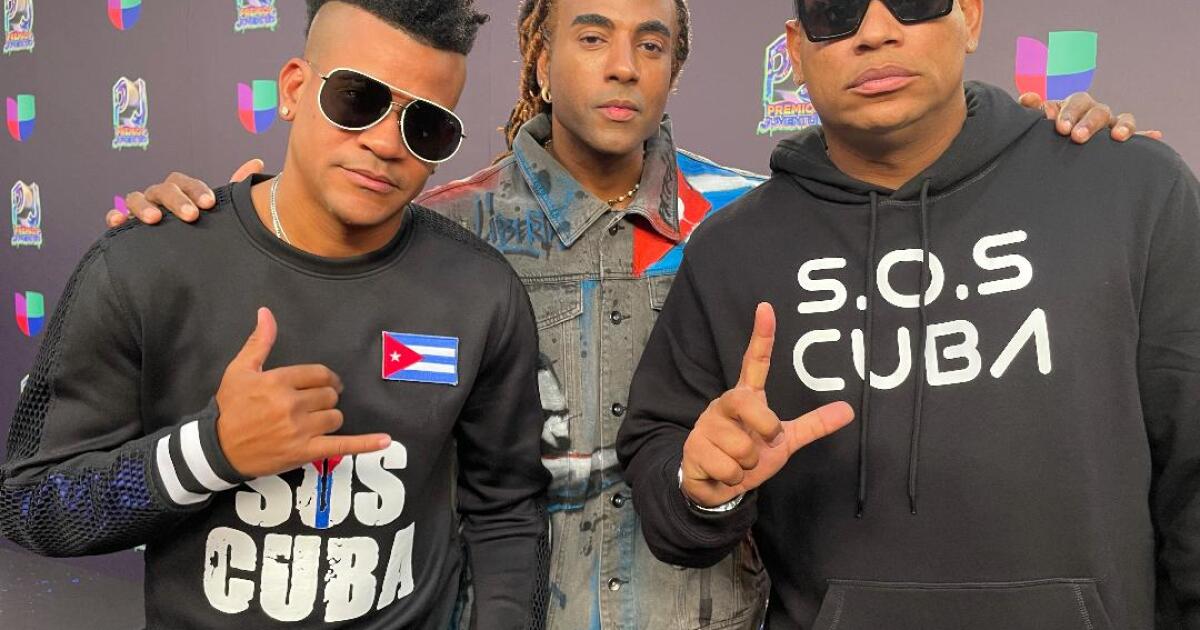 The Cuban rapper Eliécer Márquez Duany, El Funky, one of the interpreters of the song “Patria y Vida”, a candidate for two Latin Grammy, arrived in Miami to attend with his companions the gala of those awards on November 18 in Las Vegas.

With the arrival of El Funky, who received an invitation letter from a group of artists against communism accepted by the immigration authorities, the only artist from “Patria y vida” who is not in the US is Maykel Osorbo.

“El Osorbo” has been imprisoned since last May in a Cuban jail, where he is on a hunger strike.

Yotuel Romero, author of the song, went to Miami International Airport on Sunday night to receive “El Funky”, whom he did not know personally, and both embraced effusively and spoke in front of the cameras.

The singer of the group Orishas indicated that the nominations for “Patria y Vida” in the Latin Grammy are important for the artists who participate in the song but “more for the Cuban people” who in July took to the streets to ask for freedom.

The other artists in the project are Alexander Delgado and Randy Malcom, members of the duo Gente de Zona, and Descemer Bueno.

The song, which has accumulated almost 9 million views on YouTube since it came out last February, calls for changes in Cuba and in its chorus says to the regime: “It’s over.”

“Many Cubans receive him who are going to love him, they are going to love him very much, and above all he goes directly to Las Vegas for the awards. He who is a rapper who loves his music. We must continue working for the freedom of Cuba and remain focused, continue positions. We still have Maykel Osorbo and many more political prisoners, ”said Yotuel Romero.

Funky is one of the most popular faces of the San Isidro Movement, along with the artist Luis Manuel Otero Alcántara, currently incarcerated in a high security Cuban prison.

“Patria y vida”, the “anthem” of the protests that broke out in Cuba on July 11, is nominated in two categories: best song and best urban song.

“Imagine what it would be especially for #freemaykelosorbo who is imprisoned for singing the song #patriayvida who could be sitting on that award that night and hearing his name among the nominees,” he wrote when launching the Yotuel Romero campaign.