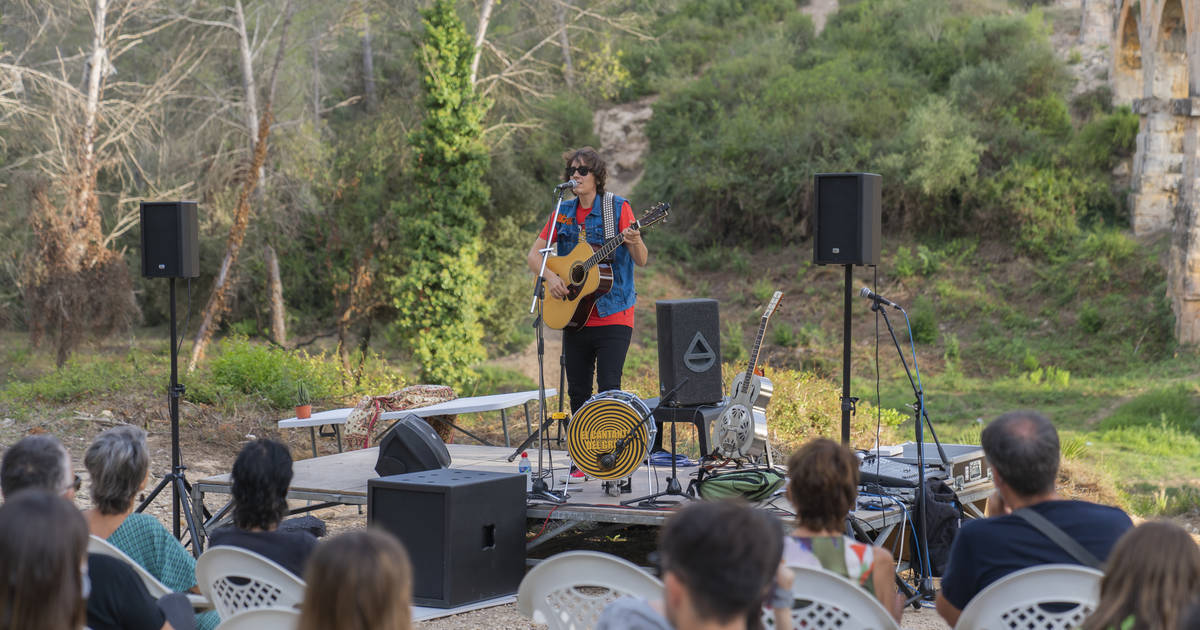 The concert series La Música del Diable, presented by Pandemònium, ended this Sunday with a double performance, within the framework of the events prior to the Santa Tecla Festival. In addition, this weekend the Ring Tapa has also been held, where the Carnival troupes have offered various tapas and drinks, while other activities were carried out in the Mediterranean Ring.

Regarding the music at the foot of the Roman aqueduct, the first turn has been for Pablo Espadas, from Tarragona, one of the emerging voices of hip-hop and one of the precursors of cockfights with the nickname of Teko . After almost a decade away from rap, he has returned with an album composed, produced and recorded in one day, like the accompanying documentary: Things are not fixed in a day . After the presentation of the new album, it was the turn of Rafa Olmo, a member of the group Doble Rombo, from Reus, but this Sunday he presented his solo proposal, in the style of the old bluesmen, under the name of El Cantante del Greco with songs and 100% original stories.

Regarding the Ring Tapa, on Saturday about 200 people gathered in the Ring Mediterranean to participate in a Zumba masterclass organized by the Municipal Sports Board (PMET). An act that was chaired by the mayor Pau Ricomà and the Minister of Sports, Maria José López. This Sunday, the activities in this space continued with the Megaheredera, a Catalan starlet who has brought an afternoon of humor and sympathy, and DJQuim who has been in charge of putting an end to the activity with the latest hits from the music charts.

The previous acts of the patron saint of the city continue this Monday with a workshop to create a poster of Santa Tecla, between 5:00 p.m. and 6:30 p.m. at Espacio Nautilus, the theatrical visit Water in 14th century Tarragona, at 7 pm at the Cós del Bou, and the presentation of the book The spoken dances of Sogra and Nora and of Dames i Vells, at 8 p.m. at Casa Canals.