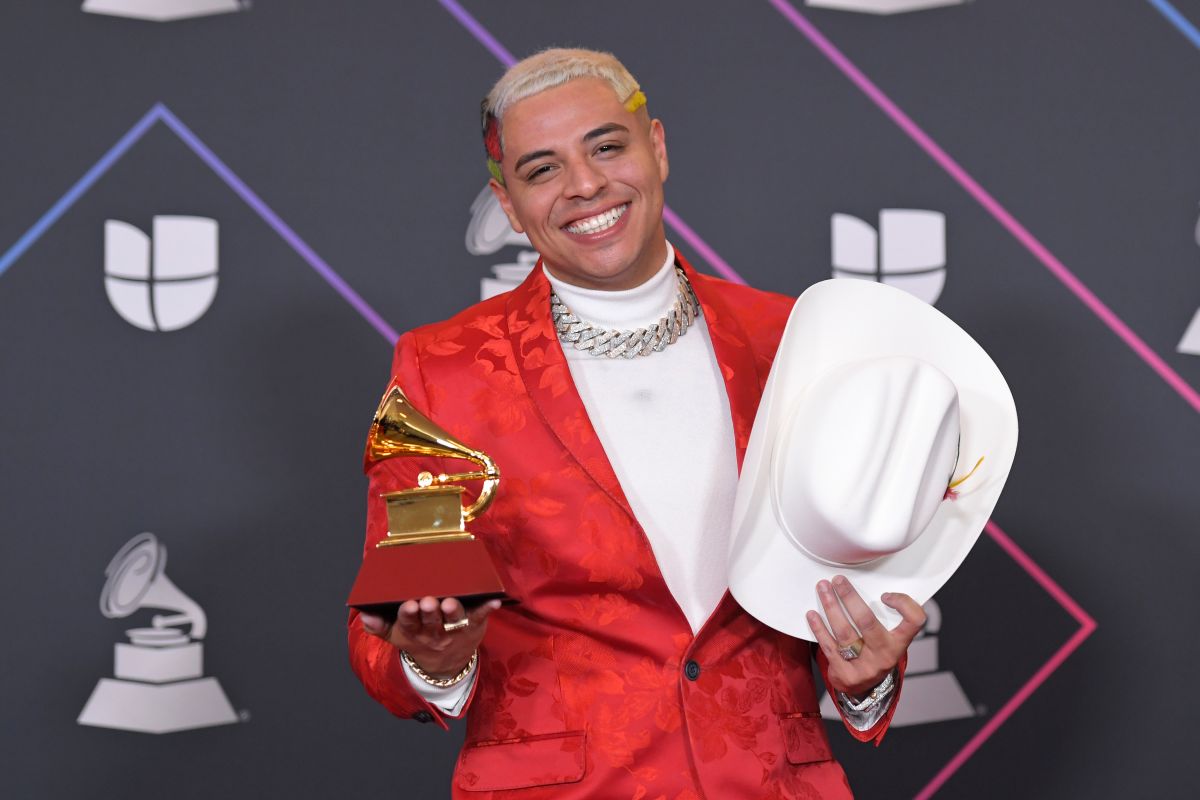 Eduin Caz, the vocalist of the Mexican group Grupo Firme, received a scare by some members of the band while he was sitting down checking his cell phone.

The Mexican singer was sitting in a small room and had all his attention on his mobile phone. While that was happening, several of his companions entered with a large drum-like instrument and made it sound. Instantly, the interpreter was startled and dropped his phone in fright.

“I was scared”, Eduin Caz when sharing the video on his Instagram account, a social network in which he has more than 6.8 million followers. The artist’s publication has so far more than 1,600,000 reproductions.

Eduin Caz and Grupo Firme recently experienced a great moment in their musical career: They performed at the Coachella festival.

After their first performance at the important musical event, the band sent a message from their Instagram account:

“Friday April 15. A story we will never forget. We did what we had to do and enjoyed as we had to enjoy. Thank you all for always being with us defending ourselves tooth and nail. Let’s hope they feel proud of us just as we feel proud of having the most badass fans. Mexico present at @coachella”, wrote the group after the presentation.

Likewise, Eduin Caz also sent a message of thanks to his audience:

“I can’t say one more dream that comes true because it didn’t even cross my mind to be on one of the most important stages in the world. What I can tell you was that it was a huge challenge that, thanks to my God, was overcome yesterday, Friday, April 15, and it’s all thanks to you, because you always support me in all my crazy things. Long live Mexico and all Latinos”, expressed the Grupo Firme vocalist.

Eduin Caz’s mistake at the Latin AMAs 2022: “And the winner of the Latin Grammy is…”

To the rhythm of Grupo Firme, Becky G has fun and dances from Coachella

Eduin Caz, from Grupo Firme, was given a scare while checking his cell phone