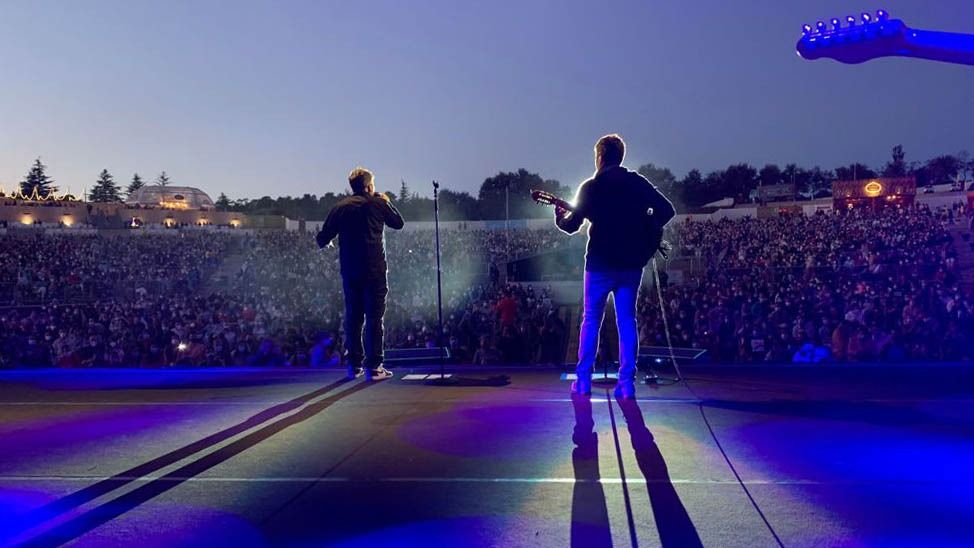 The concert promoters and organizers join the representatives of many other sectors that feel aggrieved due to the impact on their activities of the measures still in force against the covid. Those affected regret in particular that although during the harshest of the pandemic, when concert halls were subjected to a strict lock in practically all of Europe, Spain was an oasis for live music in reduced format, it now maintains a few much stricter restrictions than most European countries. In almost all of them, the gears of the great tours and festivals have already begun to turn, while here this sector sees how it is lagging behind the return to the activity of this global business.

Promoters put comparative grievance on the table. In the same outdoor venues where in Catalonia an occupancy of 40% of the capacity is accepted for a soccer game (in the rest of Spain, 60%), that is, 40,000 people in the Barça stadium or 22,000 in the Lluís Companys Stadium, if a concert was held, the presence of 3,000 people could not be exceeded. But, of course, the employer’s association nightlife could also claim to be the victim of disparate treatment, with the prohibition of opening their premises still standing. And the sports clubs in turn allege the difference in treatment with the acts of social or political content not subject to any limitation. Each activity, even in the same space, involves different degrees of mobility, physical contact, containment or disinhibition of its participants, and it is logical that precautionary measures against contagion are adjusted to each of these circumstances. If possible with epidemiological data to support them.

It is the immediate correlation between the spikes in infections in the younger population and the two brief reopening of nightlife that has sustained, even before courts reluctant to sanitary measures without a clear justification, the closure of this sector, which still awaits the (it seems that fortunately soon) improvement of the epidemiological data. And it is the data of the music festivals held as an experiment this summer (which showed not to be super contagious events but registered a 72% increase in the number of positives among their assistants with respect to the control group that did not attend them) who still explain the current precautions. Same as the absence of outbreaks in live music in rooms with controlled capacity justifies that it can be considered safe.

There would, however, be a more promising outlook if one could claim the certificate from the attendees showing that they have overcome the disease or have been vaccinated. The general demand for ‘covid passport’ for the exercise of activities that are part of the basic rights (to work, to free mobility) or when doing so would collide with data protection is difficult to justify (not to mention the rejection it has raised in the countries where it has been applied) . But it should be applicable in purely voluntary participation activities that in this way they could benefit from a quasi-normality. However, the precedents of the refusals from the Supreme Court and various courts superior to the requirement of the covid passport in nightlife and hospitality make any request in this regard move in the hypothetical sphere, whatever the health reasons that may be presented before courts that have so far shown little receptivity to them.