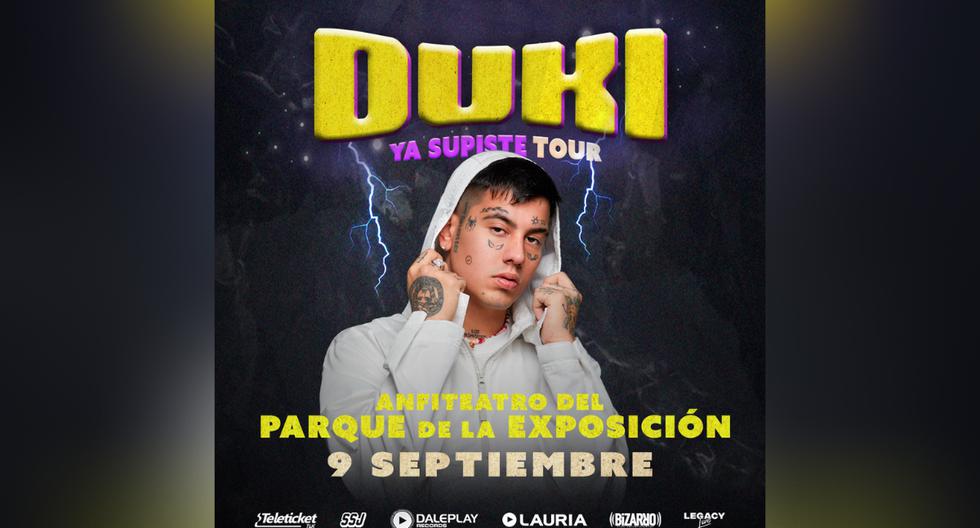 Listed as the most listened to Argentine artist globally, DUKIpositions himself as a leader of the urban movement and is once again getting ready to cross borders with his tour ¨You already knew Tour¨. The date chosen in Lima is September 9 and the show will take place in the Amphitheater of the Exposition Park. Tickets are available from Wednesday April 20 through Teleticket.

His success is indisputable. With more than 12.7 million followers between Instagram, Twitter and Tik Tok, Duki arrives in Peru for a great presentation at the Exposition Park Amphitheater, confirming the preferences of the national public that places him in the #4 position of the most listened to in Spotify.

The artist leads the charts with his recent project “Reggaeton Season”, which has the participation of prominent international artists and producers, such as: Rels B (Spain), J Quiles (United States), Bizarrap (Argentina), Ak4: 20 (Chile), and Juhn and Juanka (Puerto Rico). The album became a gold record in Argentina and Spain for gathering more than 70 million streams on the day of its release.

DUKI is making steady progress, in 2020 he received two Latin Grammy nominations along with Bad Bunny and Pablo Chill-E for his collaboration on “Hablamos Mañana” after releasing his first album, “Super Sangre Joven” in 2019. Also, in 2020 he released his EP “24 ″, which featured the participation of referents such as Young Cister, Kidd Keo and Juicy J, among others.

In 2021, his second album came, “From the End of the World”, which was Spotify’s Top Debut Album globally and its 18 songs entered the Top 200 Argentina; He made his third tour of Spain selling out venues in Madrid and Barcelona.

After its announcement in Chile and Argentina, the tickets sold out within a few hours, ensuring a sold out several months after the show in each city. Today Peru joins the tour and tickets will be on sale from Wednesday 20 through Teleticket. 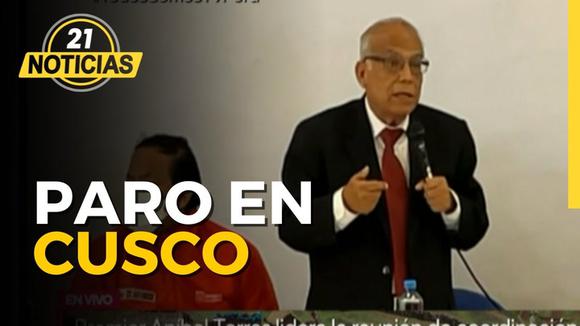 Premier Aníbal Torres in Cusco, after a series of blockades were reported after a 48-hour strike had begun in that city. In addition, the other uncovered bunker, the house of former Minister Juan Silva, which served to plot network operations in the MTC. And again the issue of chemical castration for rapists on the table, after the terrible case of the three-year-old girl in Chiclayo.

Duki, the Argentine rapper, arrives in Lima with “You already knew Tour”