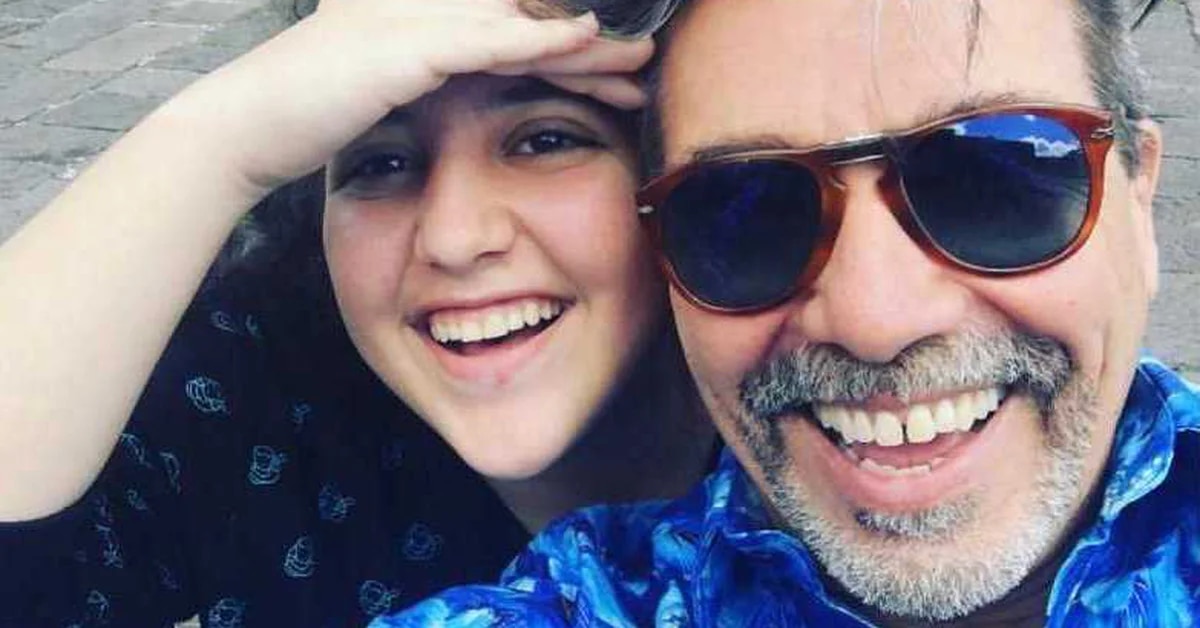 The night of this Thursday, January 27 the death of Diego Verdaguer was announced, who lost his life at the age of 70 in Los Angeles, California after spending several days hospitalized for effects derived from his COVID-19 infection.

The news has caused a stir because the beloved Argentine artist is considered one of the most prominent figures in Latin romantic music. Following his death, the interpreter’s family has shared messages on social networks, where hundreds of fans have also paid their respects to the relatives of the singer of I will be back.

His wife Amanda Miguel, companion of so many years, and his daughter Ana Victoria have dedicated emotional messages this weekend, but now it has been Malena Boccadoro, granddaughter of the singer, who remembered him and highlighted the relationship so special they held.

Malena dedicated a heartfelt message to her grandfather, with whom she always had a special relationship Photo: Screenshot

“You have all the strength of my being, forever, wherever you go,” Malena wrote in a publication where she appears with her famous grandfather giving him a kiss.

“The amount of love I have for you cannot be measured in any universe except the one you and I have created. I love you infinitely. I can’t thank you enough for being my grandfather. You and I were more than flesh and bone. You are everything, everything, everything. Forever. Always”, wrote Malena.

In her most recent publication, the daughter of María Gimena Boccadoro, first-born daughter of Diego Verdaguer, recounted his experience in Mexico when his beloved grandfather, with whom he always had a loving relationship, invited her to the cathedral in the historic center of Puebla, one of the favorite tourist destinations for the interpreter of the thief.

The Puebla cathedral is one of the historic buildings that Verdaguer most enjoyed visiting, according to his granddaughter Photo: Screenshot

“He gave me the tour full, quietly pointing out the amazing architecture and telling me the stories behind things. As soon as we were outside, he turned to me with a giant smile and asked me to take a picture of him jumping in front of the church. So I did it”, added the young woman based in the United States.

Just last November, Diego Verdaguer became the grandfather of Lucca Miguel, first son of his daughter in common with Amanda Miguel, Ana Victoria, which caused great emotion to the Argentine singer, but the truth is that he had already known the joy of becoming a grandfather 20 years ago with the birth of Malena, who like the famous, is also dedicated to music.

The young woman wrote her memories with her grandfather in the cathedral of Puebla, Mexico Photo: Screenshot

The young woman is little known in the media and is beginning to build a career, according to her Instagram posts, you can see the close relationship she had with the late artist, as well as her passion for musuca, which she evidently inherited from ” Mexican to the pampas”.

Malena has shared some videos on her Instagram profile where she is seen playing the guitar and doing covers of famous songs in English, such as Something of The Beatles, and is expected to continue the musical legacy of the Verdaguer family.

Playing the guitar, Verdaguer’s granddaughter is outlined to follow in his footsteps Photo: Screenshot

After the death of the artist, his youngest daughter, Ana Victoria, turned to his Instagram profile to share some unpublished photos as a farewell. The also interpreter accompanied the tender postcards with moving messages where she highlighted the teachings and joys that her father left her.

“Your hugs were always the deepest moments of my life…in the arms of no one else I felt such relief. How beautiful all that I lived with you. The most beautiful ever. i miss you so much dadThank you for always filling my heart with love,” he wrote on his Instagram profile.

Ana Victoria expressed her feelings along with a photo that captured the exact moment where father and daughter merged in a warm embrace, a moment that is part of the last meetings they had. The interpreter of I don’t cry for crying He replied to the tender postcard in his Instagram stories and added a phrase: “You and me without end”.