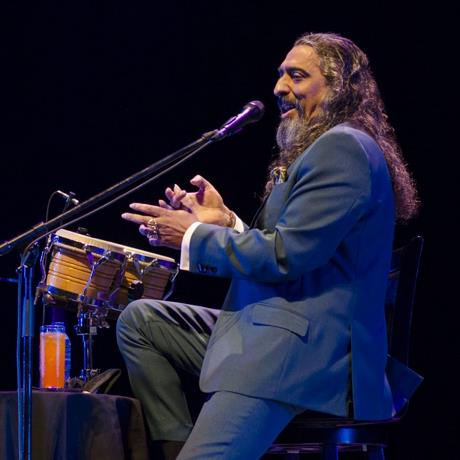 Diego El Cigala met again with his Dominican audience, an audience with whom he shares nationality and place of residence, on two nights in which, as is customary in his presentations, they were tempered by the charm of his way of interpreting the most representative Ibero-American songbook works.

“Everything I have” is the name of the concert that he presented this Friday and Saturday in the Carlos Piantini hall of the Eduardo Brito National Theater, a presentation in which he was accompanied by the Catalan Jaime Calabuch, an extraordinary pianist, with a talent for keyboards which was appreciated by the public with standing ovations.

“Good evening my dear Dominican; the land that I love so much and that has given me its heart from the first day I set foot on this soil. I wish you good health and freedom,” the singer greeted those present, many of the which, follows the current modality, who prefer to miss some unrepeatable moments of the concert, to record it on their cell phones, a detail that is often annoying for those in the back seat due to the lights emitted by the smartphone.

A small table in the center of the stage, with a glass of juice and a pedestal with a couple of bongos that El Cigala played occasionally, especially in the downloads at the end of the interpretation of the songs that usually populate his repertoire, such as “Lágrimas black “, by Miguel Matamoros,” Crazy heart “(Richard Dannenberg), or” Unforgettable “(Julio Gutiérrez).

Themes that in the voice of Ramón Jiménez Salazar, full name of the singer born in Madrid, take on a different life, and provoke in the viewer a hint of nostalgia or melancholy, and that invites many to combine those lyrics and melodies with fiery ethyl infusions. .

El Cigala and Jumitus, as Calabuch is also known, said goodbye to the stage several times, and many others were claimed by the applause of an audience that enjoyed the spectacle of both.

In those returns he made songs like “Love was broken”, by Manuel Alejandro, or “La bien pagá”, by Juan Mostazo Morales and Ramón Perelló y Ródenas, for with “Dos gardenias”, authored by Isolina Carrillo, say goodbye definitely to a night in which the magic word can define what these two great artists offered.