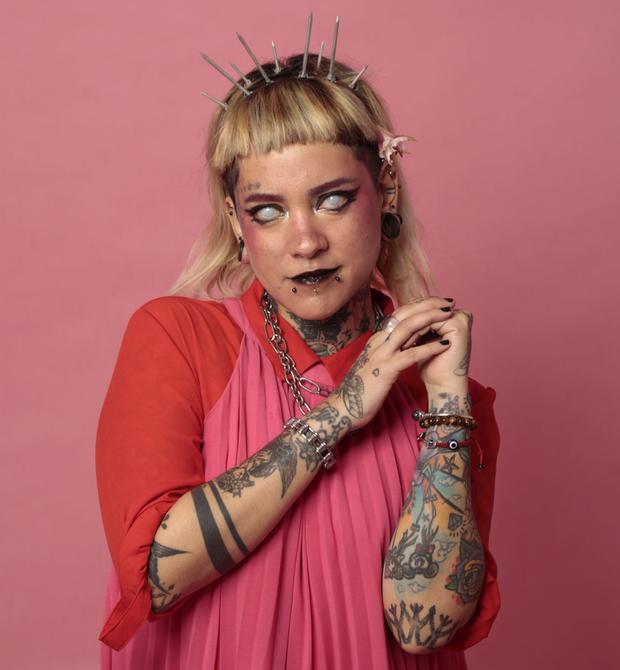 It may sound like a truism, but what Diana Foronda says is shockingly real: “If a boy band has to fight to be visible, for a girl band the fight is double”. That is why it is more plausible that a festival like the Girls of Rock is about to celebrate its 11th edition in a country like ours, where any cultural or artistic initiative implies a sacrifice. And if it’s women, all the more reason.

READ ALSO: Dirk: the artist who wants to create a movement to internationalize Peruvian music

Foronda, vocalist of the band Área 7 and organizer of the music festival, affirms that this adventure that she has been undertaking for more than a decade has not been easy at all. In fact, to put together the poster for this edition, she had several problems finding the participants. “I will not mention names, but The girl bands I used to know don’t play anymore –he laments–. The same problems within the scene cause bands to get bored fast.”.

As an example, he mentions that, in a few days, his group, Area 7, will participate in another Peruvian rock festival. “We are the only girl band there. And despite the fact that we have 22 years of experience, they have made us play at 4 in the afternoon, almost opening the show. It is very difficult for you to get to present yourself in a prime hour of a festival. They will always underestimate you“, bill.

That is why the Girls of Rock 11, which will take place this Wednesday the 22nd at La Noche de Barranco, is made up of several relatively new proposals. Soloists and girl bands that start to sound strong in the local scene. “Each edition of Girls of Rock is like a new start Foronda explains. As they are usually participants who are just appearing, we visit small venues, such as La Noche. Not that that’s annoying, but our great goal is to one day be able to take it to a larger capacity and do it for free”.

And he adds: “Far from demotivating me, that is something that motivates me more. If this 11th edition did not manage to do something bigger, in 12 or 13 it will be achieved. But I’m not going to throw in the towel”.

For all that has been said, the Girls of Rock 2022 brings a variety of more than interesting projects. To begin with, Area 7’s well-known hybrid between nu metal, grunge and heavy rock. But also the alternative pop of the young Aly Cat, the bluesy rock of La Fulana, the post-punk of Silveria, the sweet sound by Susana Fátima, the hard rock of Diablaholics, and the fusion with electronic overtones of Clodmian.

Despite having rock in its name, the festival is much more open with the limits and scope of the musical genre, as can be seen in its ‘line-up’. “The previous editions were very rock, very metal, but now it’s more kawaii or more daring. It’s like a message to say that we do not discriminate any gender”, explains Foronda.

“If we are going to empower this circuit, she adds, we will do it by including girls who don’t necessarily rock. Because whether they do salsa, reggaeton or indie, they are also underestimated. We all go through the same thing. And that is what motivates us: not only supporting rock, but a female music scene that, although it wants to make up, has not stopped being hit from the bottom”.

Diana Foronda and the Girls of Rock 11: “Several women’s bands that I knew don’t play anymore”