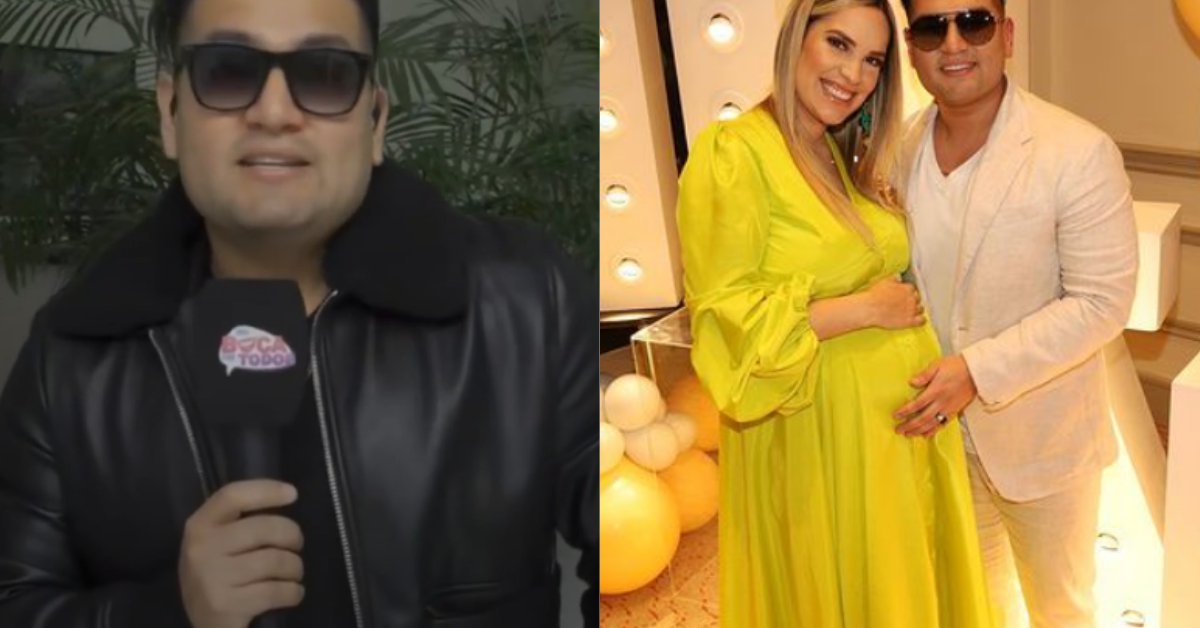 After having celebrated his baby shower party, the singer Davis Orosco He was a guest on the program En Boca de Todos to tell more details about his partner’s pregnancy and the soon arrival of his son.

However, not everything has been happiness since after the photographs of the party were published, hundreds of users realized that the mother of the cumbiambero did not appear in the images. Netizens quickly began to criticize the couple.

This afternoon, the musician linked up with the América TV program and it was Tula Rodríguez who began to inquire about the absence of his mother. “We have listened a lot to your mother-in-law speak, but I have a curiosity, how is your mother?”.

“She is super excited. He has taken my things from when I was a baby and says he is going to put it on my son “replied the actor, who did not miss the opportunity to clarify the reasons his mother has for not appearing in public.

“I take this opportunity to comment, because there are always many people who tell me why she does not appear on social networks. She is a person who has never been public, even since she was the wife of Johnny Orosco, and as a son I must respect that she continues to have her privacy. She is happy, proud, because she is going to become a grandmother for the first time “, he expressed.

Upon hearing his response, the driver continued to insist and asked: “Were you at the event?”, to which the singer confirmed his attendance but noting that he continued to maintain his privacy.

“Yes, in a discreet way, he was sharing with us … like all my family, my close family that is not public. What I always do is take care of him, I respect that they want to have their private life. We are living happily this way “, he concluded.

WHO IS EVA ATANACIO?

She is the wife of the late vocalist of Grupo Nectar, Johnny Orosco. As a result of the relationship that they maintained since adolescence, their two children were born, Davis and Piero Orosco.

Despite being a partner of a renowned artist, Cassandra Sánchez de Lamadrid’s mother-in-law has stayed away from the media. Even in the best times of the group.

In 2019, the singer surprised his followers by posting a photo with his mother celebrating Mother’s Day. After that, he has not been seen again as he has made it clear that he prefers to be away from social networks and the attention of the media.

THE NAME OF YOUR FIRST CHILD

During your baby shower celebration, Davis Orosco and Cassandra Sanchez they very happily revealed that their first child will be called Milan Orosco Sánchez de Lamadrid. The reason for this name has a sweet story behind it.

The daughter of Jessica Newton She was moved that she chose the name Milan because this was the place in Italy where he traveled for the first time with the surname Sánchez de Lamadrid.

“It moves me because it is a very close story, it is a very beautiful story. I have been Sánchez de Lamadrid since I was 10 years old, but they only adopted me at 18, but this magical place was the first place that I could travel with my new surname “the businesswoman said through tears.

Alfredo Adame on Nicola Porcella’s performance at La Academia: “He is inexpressive, I would give him the role of tree 3 or chair 2”
In the background there is a place and ‘El rap del gringo atrasador’ that marked the success of the series
This is Guerra: who is Elías Montalvo and how did he get into reality?

Deyvis Orosco: Why doesn’t your mom show up at the baby shower? Singer decides to answer