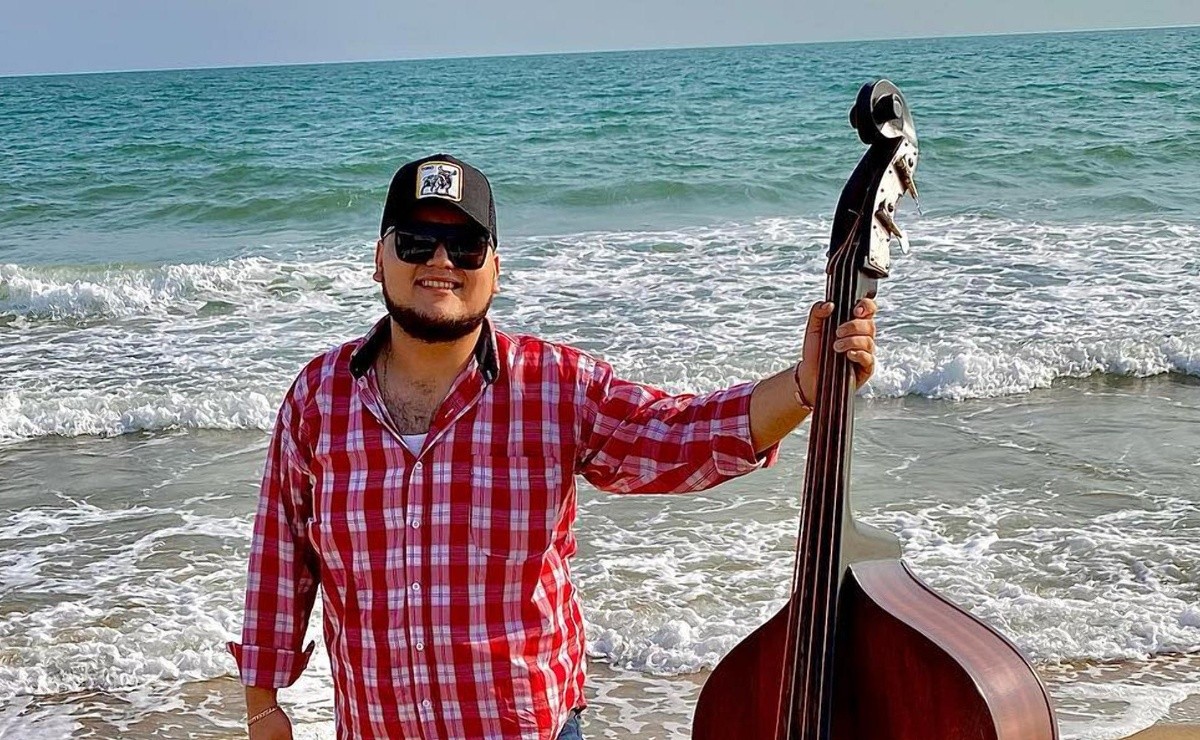 The young musician David Antonio Moreno Grijalva, better known as David Tololoche, died after suffering a spectacular car accident, which occurred last weekend in the Mexico-Nogales federal highway, at Sinaloa-Sonora section. She was 34 years old, was originally from Hermosillo, Sonora and was one of the musicians of the singer Alexander García, “El Fantasma”.

According to various Sonoran media outlets, David Tololoche was returning home to Hermosillo, after having had a presentation; on the way he had a mishap where he lost his life.

Through their social networks, Ghost shared a heartbreaking message in memory of a great friend. “Thank you compadre, my brother, thank you from the bottom of my heart for everything that I lived with you.”

Likewise, the Regional Mexican singer, born in San José de Cañas, Durango, stated that they will never be able to replace his dear friend, “I will keep him in my talks and live in my heart.”

This hurts as he has no idea, I am devastated by your departure, bastard is getting used to living without his presence, my friend, brother, compadre of the newspaper.

The singer and composer Alexander García, also shared in the stories of his account on Instagram, having traveled to Hermosillo, Sonora, to give him the last goodbye to David Tololoche.

On the other hand, the musician not only worked with El Fantasma, but also with other singers of the genre, such as Carín León. In one of his latest posts on FacebookDavid expressed his great satisfaction at having been invited to play in one of his performances in his native Hermosillo.

“Dreams come true, I thank all the plebes for their attention, they leave me with a good taste in my mouth and with a lot of desire to continue working to achieve more goals.” He added that the discipline and professionalism of the musicians with whom he collaborated, “leaves a lot to learn.”

In all humility, David Tololoche He said that he had no more words to say thank you, “and dedicate my triumphs to the people who truly support me from my heart and I promise you, that it does not end here, because I want even more. Thanks to the entire Carín León team and my friends musicians who made me feel confident “.

A few hours before he died, he posted on Facebook: “Hermosillo, I’m going there, I need you”; unfortunately he did not come home.

Graduated from the Universidad de Occidente in 2010 with a Bachelor of Communication Sciences, passionate about human journalism. After participating in the “La Oveja Negra” Talent Workshop given by the Ideas Machine, I was recruited by El Debate companies and months after graduating, I began to work as a general information and police reporter. I am proudly founder of Periódico La i (where I served as editor and reporter) in the city of Guamúchil, Sinaloa, the popular daily of El Debate. Two years later I became editor of the newspaper La Sirena, another of the company’s popular newspapers. Later, I migrated from paper to digital, when I went to our web portal www.debate.com.mx, witnessing the evolution and growth that it has had. Currently I am a web reporter and entertainment journalist, conducting interviews with local, national and international singers, groups and actors, I have also specialized in K-Pop and K-Dramas. In these years working in the company, I have acquired knowledge about SEO positioning in Google and Analytics, as well as content development for social networks.