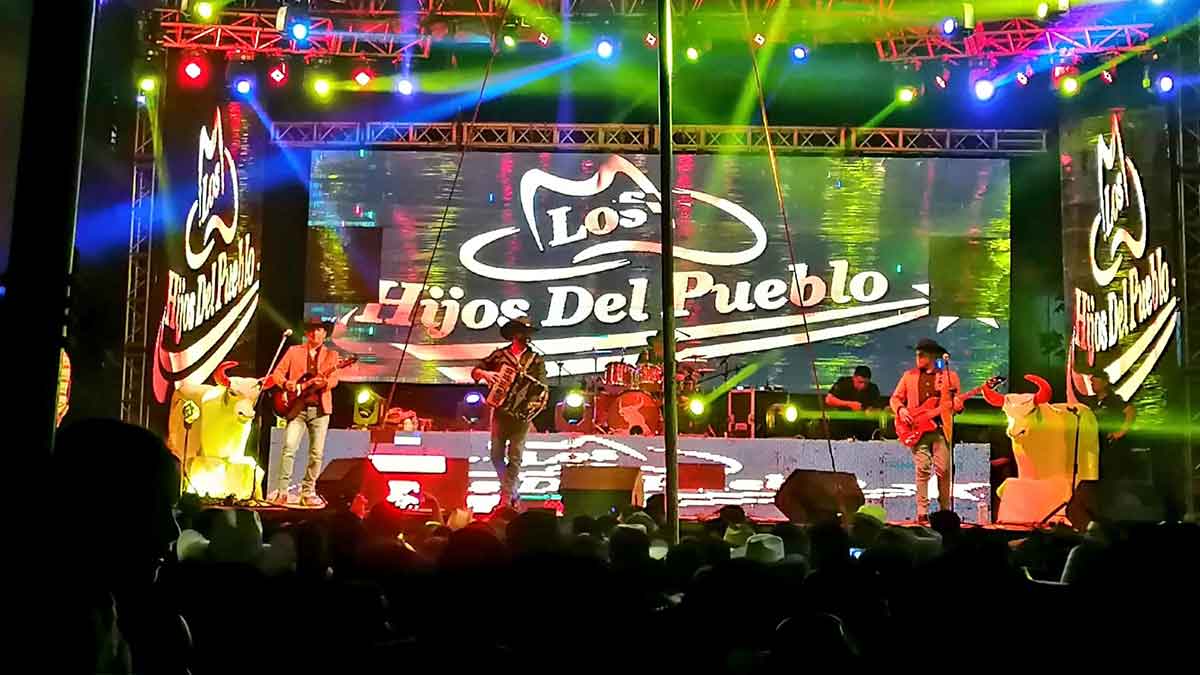 In Puebla, a massive dance was organized where The Children of the People they gave a concert despite the new cases of COVID in the state.

What is known of the massive concert of Los Hijos del Pueblo, in Puebla?

Without healthy distance and even without mask, the concert of The Children of the People last Friday, July 16 in Cuetzalan, Puebla, despite the third wave of COVID that the state lives and the new decree of measures of the Government, where the capacity of more than 30% of people was not allowed.

This dance brought together hundreds of inhabitants of this community and surrounding places, who went to the area due to the scarce implementation of sanitary measures, such as the use of the maskIt is also impossible to care for healthy distance, which was shown through images on social networks.

It was the members of the musical group who, through their social networks, wrote and confirmed the success of the mass dance in Puebla and the presence of those attending the concert, despite the COVID figures that continue to increase in the state.

“So our night in Yohualichan Cuetzalan Puebla !! A thousand thanks to the committee for the invitation and the delicious dinner they gave us, to compa Gerson Calixto, a thousand thanks. But especially to all of our audience that despite the rain and mud danced, sang, shouted and held on ”.

The Children of the People.

Behind the concert celebration, in the comments of the band, both criticisms and expressions of affection are appreciated, despite the new series of contagions that are lived in the state.

Among the comments you can see photos of the muddy boots after the end of the concert in Puebla, as well as comments where they scold the attendees.

Concert did not have the measures?

So far, the official attendance figures for the concert of The Children of the People in Cuetzalan, Puebla; However, from the photos that circulate on the networks, it can be seen that the measures of healthy distance and the protocols that are required in the face of the pandemic were not available. by COVID-19.

It is important to remember that Puebla approved new measures by COVID-19 in a new decree that comes into force today and contemplates a capacity reduction and some restrictions after the Health Secretary confirm that there are four variants of the virus in the entity, including the Delta.

Among the measures that will be implemented from today and until further notice, it is worth noting that the prohibition of festivities, mass events, billiards and entertainment centers, as well as bars, botaneros and canteens; although there will be no dry law weekends.

State authorities stated that the main sanitary measures are also maintained, as well as a 30% capacity in restaurants, cafeterias, event rooms, fast food, fairs and rides, cinemas, spas, among others.

Puebla is part, according to figures from the Ministry of Health (Ssa), of the 10 entities in the country that have registered the highest number of deaths by coronavirus (COVID-19) and that, as a whole, they represent more than half (64.7%) of all those in the national territory, which are:

These states concentrate 87% of confirmed infections.