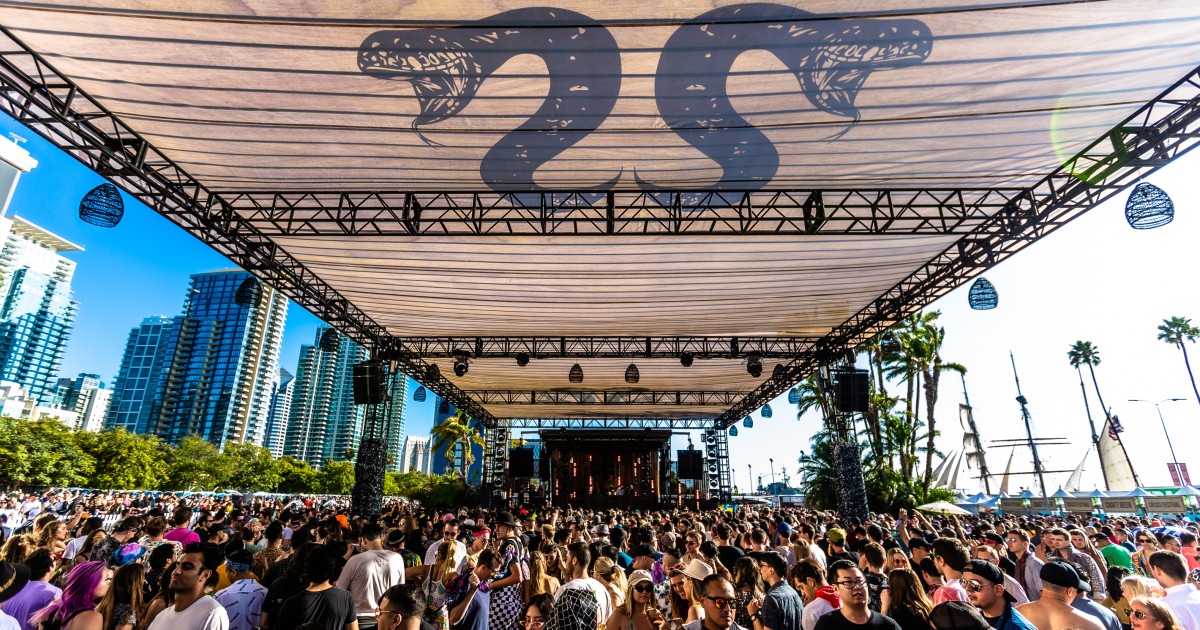 The DAY.MVS San Diego house and techno music festival DAY.MVS will hold its 2021 edition at Downtown Waterfront Park and is expanding from one day to two. It will also have an improved name: DAY.MVS XL.

On August 6 and 7 there will be more than two dozen performances, including Fisher, Lane 8, MK, Monolink and Swiss-African DJ / producer Nora En Pure. DAY. MVS XL is produced by FNGRS CRSSD, the same San Diego company behind the CRSSD Festival, the electronic music festival that debuted at Waterfront Park in 2015 and is held every spring and fall.

The Fall 2020 edition of the CRSSD Festival and the 2020 DAY.MVS have been canceled due to the coronavirus pandemic. DAY.MVS was launched in 2015 in the Downtown Quartyard, a small outdoor venue. The 2018 and 2019 editions were held as one-day events at Park at the Park (now known as Gallagher Square), with a capacity of over 6,000 people.

The CRSSD Festival has regularly drawn an audience of 15,000 a day to Waterfront Park. The celebration of the next DAY.MVS XL at Waterfront Park is intended to augment and grow the Petco Park event, not to replace it.

“DAY.MVS at Petco Park will continue to exist,” a festival representative told the Union-Tribune on Friday. “DAY.MVS XL is a bigger version with more acts – more than 30 when the full lineup is announced – than Petco’s.”

Other confirmed acts for DAY.MVS XL 21+ include Cloonee, Freak On, WIll Clarke, The Sponges, Daze, Recondite (Live), Rebūke, Yotto, Jeremy Olander, Yung Bae, Tiga and Danny Daze. Tickets will go on sale Tuesday at noon at daymvs.com/xl/. Pricing has not been announced yet.

The design and atmosphere of DAY.MVS XL at Waterfront Park will be similar to that of the CRSSD Festival. “It is a warm-up for the next edition of the CRSSD,” said the spokesperson.

It remains to be seen when the next edition of the CRSSD Festival will be held, but – before COVID – the event used to be held every fall and spring. The last CRSSD Festival was held on March 7-8, 2020, a week before the close of live events in California and across the country, triggered by the pandemic.

At least two people with COVID-19 were present at the 2020 CRSSD Festival and it was later determined that they had likely contracted the disease before attending the event, according to medical authorities in the area. The two were among the first 55 confirmed cases detected in San Diego County last year.

In response to questions from Union-Tribune, the producers of DAY.MVS XL released the following statement on Friday: “The safety of fans, teams, artists and staff is always our top priority. We will be in regular communication with local public health and safety officials and we will continue to comply with all the guidelines that are established. We will be in contact with all ticket buyers regarding any policy or change they need to be aware of prior to the show. ”