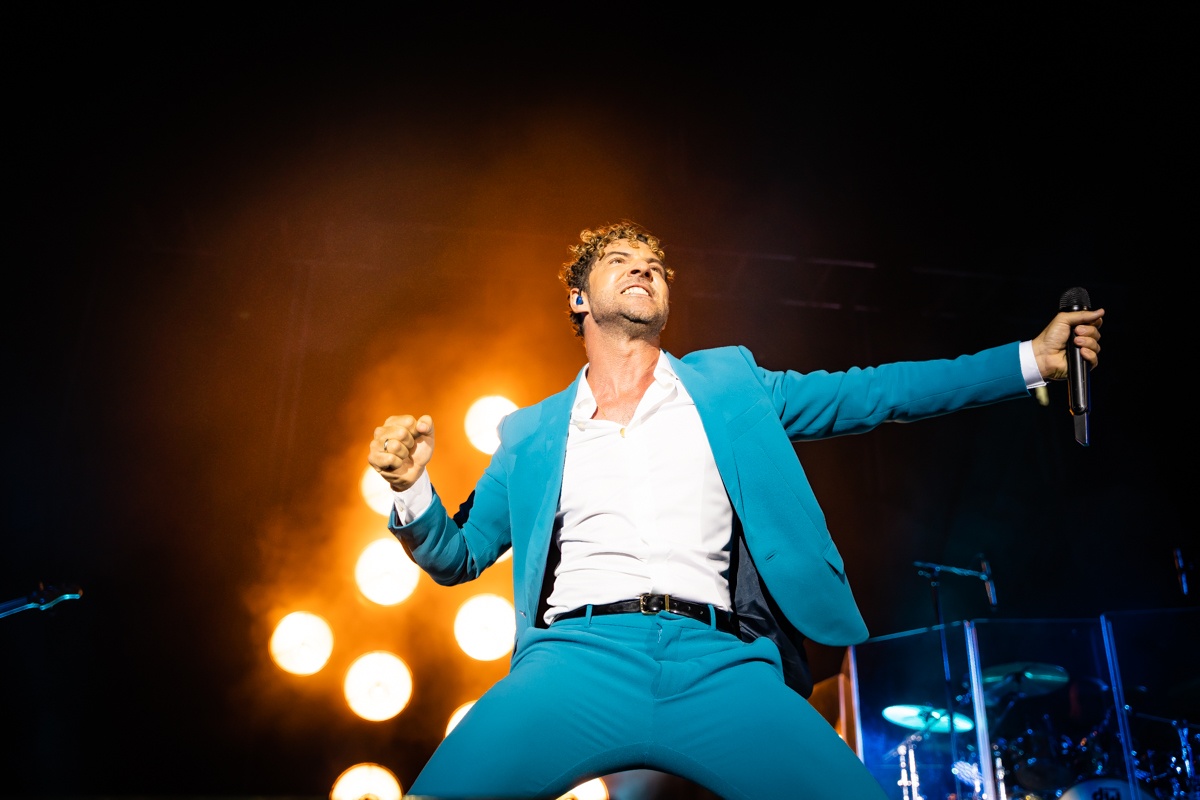 It was one of the highlights of the Roquetas de Mar summer program. And it did not disappoint. David Bisbal offered a great concert in the Plaza de Toros in which he reviewed his 20 years of musical career and where his fans could savor from his first to his last songs.

Among them was the mayor of the municipality, Gabriel Amat, who explained that “Receiving David in the municipality of Roquetas de Mar is always a great satisfaction and see how crowded the square is, even more so, despite the limited capacity. It is a real show that we are going to enjoy a lot like last Saturday with Raphael. Little by little we are resuming the cultural activity that our municipality has always had, and tonight is a clear example of this ”.

With a novel staging and a sound to match his voice, the Almeria artist began the concert of his tour ‘En tus Planes’ with the song ‘Silencio’, a song that in 2007 quickly became the most listened to song in our country. ‘Who was going to tell me’ and other successes followed during the first part of the show until Bisbal wanted to be honest with his audience.

He showed them the love he professes for his land and for his people and remembered with laughter and nostalgia when he first came to the province to sign albums for Carrefour, almost 20 years ago: “How nice it is to be here with family, friends, acquaintances… I love you a lot. It gives me great happiness to be here, with a tour that was already in our plans for a long time but that we have not been able to enjoy until this year. I always love to see and feel the smile of my people, you give me a lot of strength. Thanks!”.

Perfect mix of past and present

The singer continued mixing songs from his first albums such as ‘Have it or not’, ‘Camina y ven’ or ‘Como la primera vez’ with much more current songs. ‘Come back, come back’, a song that he recently released with the Mexican Danna Paola, delighted the public, who did not hesitate to sing it with him, showing him their affection. Like the song ‘Twice’ that the artist recently recorded with his friend Luis Fonsi.

Bisbal came to change clothes up to two times, adapting his clothes to the different melodies, as was the case with the stage, where They could be seen from stars to the fire that the ‘Bulería’ gave off. A light show that mixed classic elements with the latest technology.

The David Bisbal concert It is part of the summer cultural program of the Roquetas de Mar City Council. Artists of the stature of Raphael, Strad Violinista, Cantajuego, Derby Motoreta’s Burrito Cachimba and local artists such as JJ Fuentes and Compra Oro have paraded through the Plaza de Toros. Next Tuesday it is the turn of the little ones again with Pica- Pica, Apache and Monte Terror on Thursday to close on September 4 with the Las Cigarreras Band.