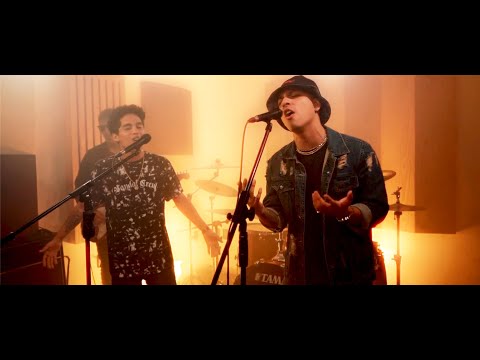 Piero Rodolfo Gaitán García, better known as Daske Gaitan (his stage name) grew up surrounded by all kinds of music, including rock, but especially the traditional and contemporary Andean music played by his father and uncle, Rodolfo and Diosdado Gaitán Castro.

However, he chose to develop within urban rhythms, a generational way of expressing himself and telling his own experiences. Thus, he has been sharing his art for more than a decade and This November 20, he gets on the stage of the Barranco Convention Center to present his most recent of his personal proposal.

The singer-songwriter and music producer brings a show full of styles where the main course will be a series of songs of his own recently fused with rhythms such as the festejo, the saya, the huayno. It is also a way of paying tribute to the work developed by his father and uncle, the popular Gaitán Castro Duo.

In this line, the standard bearer of urban music has summoned seven musicians in his band in addition to the guitar and electric bass, the percussion and charango by his first cousin Arian Gaitán (son of Diosdado Gaitán Castro)in the winds and sax Gustavo Mesa, to name a few.

In addition, Daske will present a preview of his next album: the song “What happened to us?”, which has quena sounds by Sergio ‘Checho” Cuadros. Other cultists of urban music, reggae, rap and trap will also participate in the concert, such as Once & Dre, MNZR from the Panik Room and Nero Lvigi. Tickets are available on the platform join us.

Who is Daske Gaitan?

Piero Rodolfo Gaitán García, known in the musical field as Daske Gaitán, is a singer-songwriter and music producer who is currently 28 years old and has dedicated more than 10 years to music.. Son of renowned Peruvian musician Rodolfo Gaitán Castro (of the Gaitán Castro Brothers Duo) and Magaly García.

His life was always surrounded by very varied rhythms such as: Andean Folklore, Creole Music, Rock, Pop, etc. He has been a member of various Hip Hop and urban music groups since his adolescence, and On December 27, 2014, he published his first album “A Mi Modo” for free download and through Youtube.thus beginning his career as a soloist.

Since then he has participated in various concerts and festivals in different cities of Peru, sharing the stage with international artists such as: Akapellah (Venezuela), AL2 “Los Aldeanos” (Cuba), Movimiento Original (Chile), Lil Supa (Venezuela), Rapper School (Peru), etc.

Thanks to his eclectic musical taste, his romantic and energetic proposal, he has managed to become one of the most promising figures on the country’s independent scene. Among her most popular songs are “I’m Still Waiting”, “If You Are Not”, “Un Tiempo Remix”, “I’m Not Going To Fall”, “Odiándome”.

Daske Gaitán will offer a concert to present the song “What happened to us?”, preview of his next album