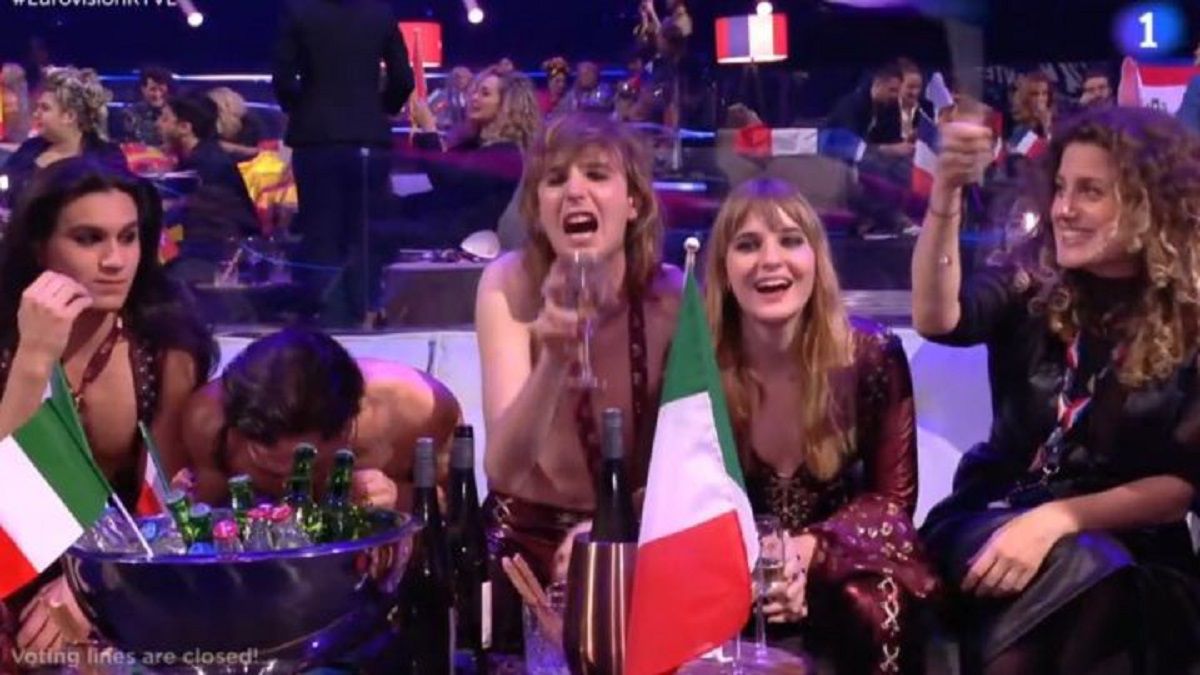 The Italian band Måneskin managed to get hold of the triumph at the Eurovision Song Contest held last weekend, but the singer left a really surprising image that went viral on social networks and that pointed to alleged drug use. During the voting round, Damiano David leaned over the table and was caught by the cameras making a somewhat strange gesture in an event of similar characteristics, that is why the European Broadcasting Union (EBU) has come up against the accusations revealing the result of a drug test performed on the artist.

“Following the allegations of drug use in the Green Room of the Grand Final of the Eurovision Song Contest, the European Broadcasting Union, as requested by the Italian delegation, has carried out a comprehensive review of the facts, including checking all possible images. The lead singer of the band Måneskin also voluntarily took a drug test today which came back negative. seen by the EBU “, they explain in the statement issued this Monday.

From the institution, they have regretted that speculation on social networks could have tarnished the performance of the band and have insisted on congratulating some musicians who are already part of the festival’s history. “We are alarmed that the inaccurate speculation that led to fake news has overshadowed the spirit and outcome of the event. and has unfairly affected the band. We wish to congratulate Måneskin once again by wishing them great success. There was no drug use and we consider the matter closed“.

And it is that Måneskin had taken the headlines in much of the world and the photograph of the singer bent over the table appeared in hundreds of media. Therefore, in the press conference after the contest, Damiano David confessed his willingness to submit to a drug test voluntarily and thus reject any type of speculation. “I will take the test and there will be a paper that will say who is right and who is not,” he said.

In this way, it is confirmed that the singer did not take drugs and therefore is the winner with all the rights of the Eurovision Song Contest, Italy’s third triumph, the first since 1990. In second place was France, whose minister Clément Beaune demanded ” total transparency “to know if the Italian singer had taken drugs because the regulation contains the” disqualification “for something like that. As a dart, Damiano David has celebrated the negative with a “Voilà” for all the Gauls who asked for ‘justice‘.