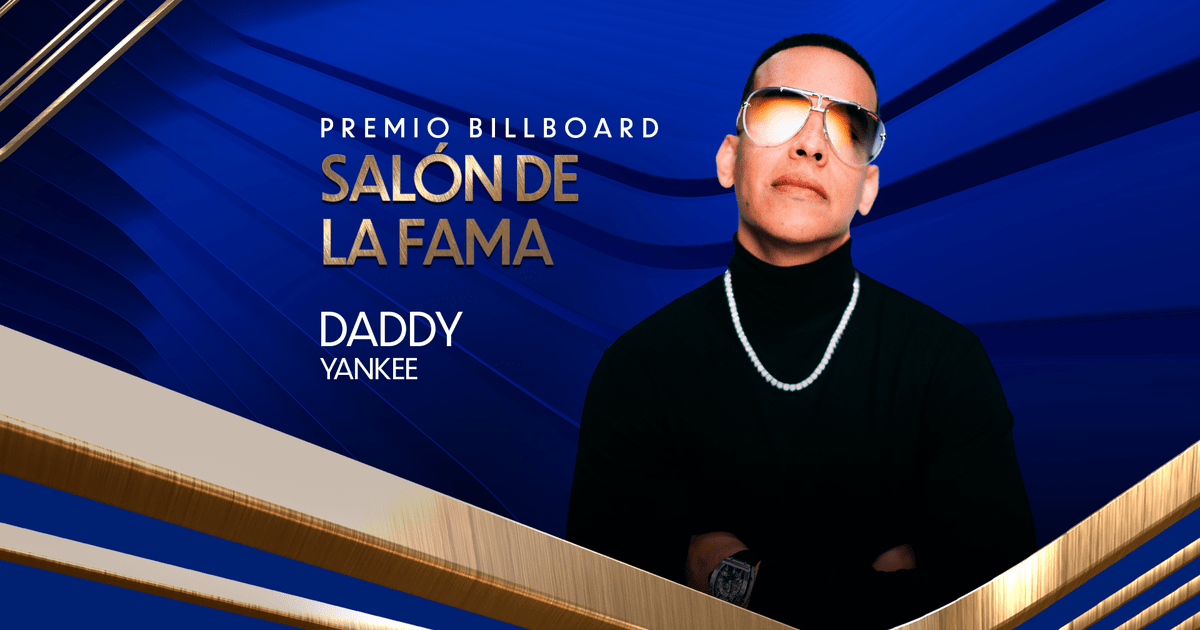 Telemundo and Billboard announced today that the King of Reggaetón, Daddy Yankee, will be honored with the award Billboard Hall of Fame that grant the 2021 Billboard Latin Music Awards, for an impressive artistic career that goes beyond musical performance and takes into account the incredible influence as a global artist in multiple fields.

The well-known star will also sing her new hit “Métele al perreo” for the first time on television, during the prestigious awards that will be held. on Thursday, September 23 and will be broadcast live on Telemundo beginning at 7 pm/6c.

The Billboard Hall of Fame Award It is awarded to those artists who have achieved worldwide recognition for their work, transcending borders of genres and languages. With more than three decades in urban music, Daddy Yankee He is one of the pioneers and maximum promoter of reggaetón, leading and elevating the genre that has become a cultural phenomenon and that has driven the popularity of Latin music around the world.

IT MAY INTEREST YOU: 2021 Billboard Awards: Complete List of Finalists

Daddy Yankee He is one of the most popular and followed artists in the world. To date, he has more than 60 million followers on social networks and more than seven billion transmissions, in the last 12 months alone, on YouTube, where he is among the Top 20 global artists. He has sold more than 17 million albums, and ranked 84 songs on the Hot Latin Songs chart, with seven reaching No. 1, and 36 in the Top 10. On the Latin Airplay chart he has 73 titles, including 24 No. 1, and 42 Top 10.

Recognized as one of the most influential Hispanics in the world by CNN and Time magazine, and as the Best Latin Artist of 2017 by Billboard magazine, Daddy Yankee continues to dominate global music. His popular “Despacito,” which was named the most-played song and the most-watched video of all time on YouTube, shows the vast magnitude of his music, while “Dura” was the second-most-viewed video in 2018 and 2019. For its part, “Con Calma” has become the “Most viewed” video worldwide on YouTube and has received more than one billion views on Spotify.

On the social level, his philanthropic work through “Daddy’s House” has been recognized with the award. Billboard Spirit of Hope.

For the latest news, you can follow the event at Telemundo.com/PremiosBillboard and through social networks: