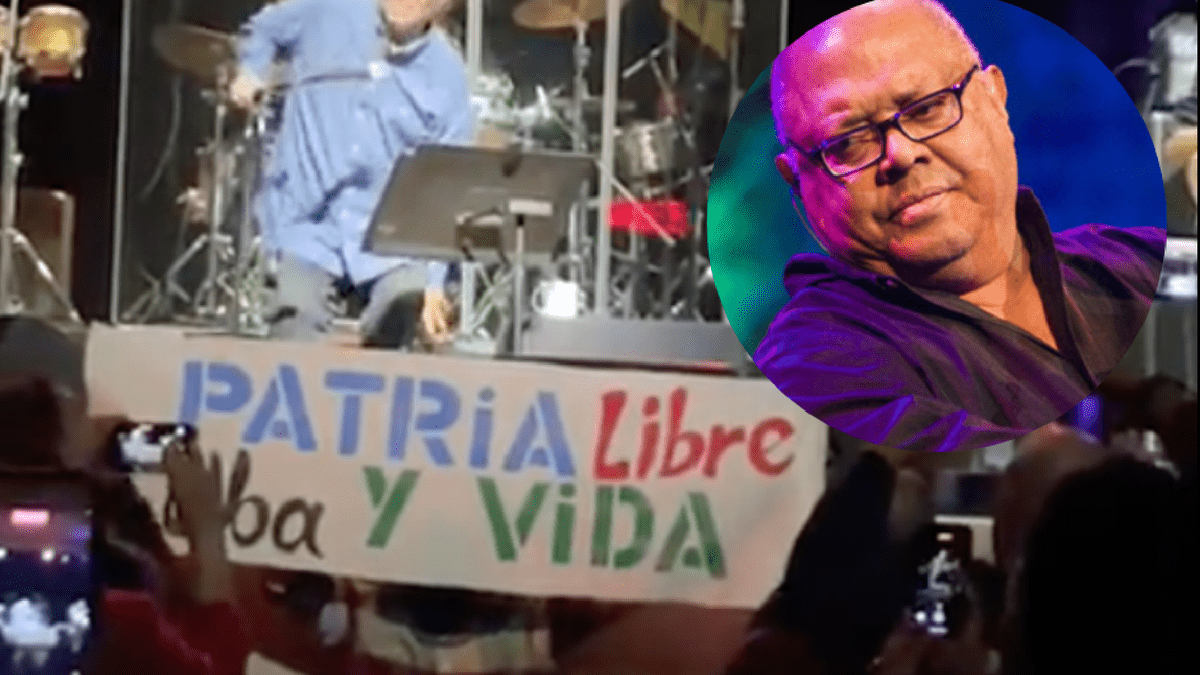 The public gathered this Saturday in the concert hall of the Town Hall, in New York, to listen to the concert of the Cuban troubadour Pablo Milanes, placed a poster supporting the freedom of Cuba at the foot of the stage and shouted Homeland and Life repeatedly during the show.

Fragments of the end of the concert shared by the journalist José Raúl Gallego on his social networks, gave testimony of the majority commitment of the public to the freedom of Cuba, expressed with shouts of Viva Cuba Libre, and Patria y Vida.

A poster that read this “slogan” of Cuban civil society was placed at the foot of the stage, just below the place occupied by the troubadour, who did not show anger or discomfort with the message on the banner.

After the last song and while Pablo was leaving the stage, many Cubans stood up and shouted Patria y Vida, and waved the poster they had placed. In the fragments shared by the independent journalist, it is not appreciated that there have been reactions from supporters of the regime within the concert.

The concert in New York this Saturday is part of a tour of the troubadour through five cities of USA, a country in which he offered his last performances in 2011 and in which he has performed at least twice on its stages.

The concerts scheduled in the United States are part of the tour started by Pablo in several Spanish cities under the title “Díaz de Luz”. This Sunday night in Washington will be the last of the five concerts that made up the artist’s American poster.

What did you think of this news?