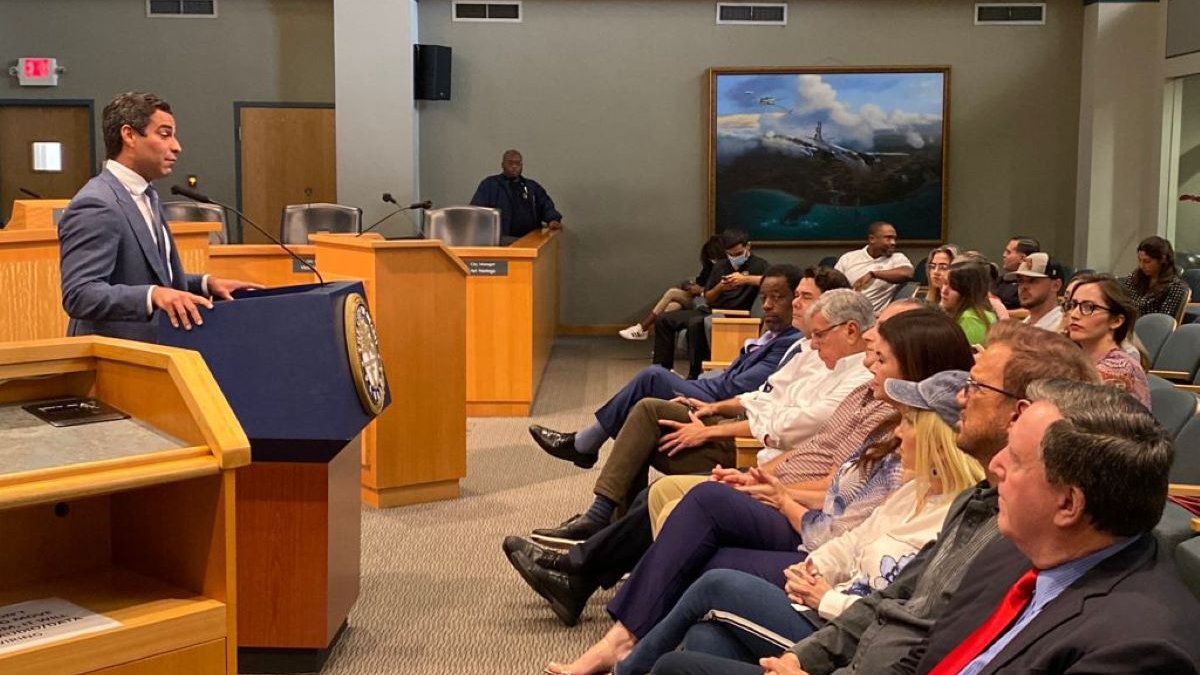 The mayor expressed his support for the demonstrations, as long as they do not interfere with traffic in the city, as happened on Tuesday with the taking of the Palmetto highway.

“In the city of Miami, we are not going to tolerate traffic being blocked. We can selectively block streets so that people can demonstrate freely and peacefully, but blocking traffic we will not accept as it distracts us from the effort of focusing on what is happening, “the mayor told DIARIO LAS AMÉRICAS.

My heart is cuban

“I have been in the United States for 60 years, but my heart is still Cuban, and today our people not only suffer, they are dying. He needs everyone’s help, and for that we have to create awareness of what is happening. We have to make the world know about the tragedy our people are suffering, and for that I ask the artists, the ‘influencers’, those who have a voice, to share the horror of what is happening in Cuba ”, exhorted Willy Chirino.

“If a humanitarian intervention is necessary, it must be done and go to the administration of President Joe Biden,” added the artist, backed by his wife Lissette, at the town hall.

For his part, the vice president of the Miami city commission, Ken Russell, spoke out categorically against the regime of Cuba and he asked for unity between the parties to reach Washington.

“I am a democrat, and I hate communism. And all Democrats should say the same. This is a historic moment, and although as parties we do not share the same philosophy, this is the moment to be a single voice to support the Cuban people. This is the moment for Cuba, and we must help them ”.

Confident that state leaders will unite to know how to advise and reach the president of the United States, the mayor and commissioners expressed that “Cuba is the head of a snake that for decades threatens national security.”

Cuba, the head of the snake

“We cannot be surprised by the news that is coming from Cuba, because we have seen the same in Venezuela and Nicaragua. Cuba is the head of the snake, and the entire community must demand that the president of the United States make decisions to eliminate communism, which is a threat to the entire hemisphere, to our continent, and to the national security of the United States. ” Commissioner Joe Carollo ended.

What is in our hands

Regarding a question that is constantly repeated to him about a possible military and humanitarian intervention by the United States on the island, Mayor Suarez was emphatic in pointing out that the laws cannot be violated, nor announce new roadblocks in protest of the lack of of President Joe Biden’s stock.

“The Cuban people (of the island) are not asking to lift the embargo or any kind of action by the United States. What I want to be understood is that people did not take to the streets to complain about the politics of this country. So it is a great mistake to blame the United States for what is happening in Cuba. To do that is to repeat the same arguments of the Cuban dictatorship, which blame this country for its problems. That cannot happen, ”Francis Suárez told DIARIO LAS AMÉRICAS.

In addition, the mayor of the city and some commissioners stated that “there is a lot of press that wants to blame this country” and that they are doing what they can within their means.

Asked by DIARIO LAS AMÉRICAS about its efforts to provide a satellite signal that provides internet to Cuba, Suarez said:

“I personally called yesterday the company that had been reported to have the technology to provide internet signal, and they told me that it is something that is still being explored. That is, they can transmit a signal to Cuba, but there you need a device that receives that signal, and that is the transmitter to provide Wi-Fi to the island. So we are attentive to have news of that, “he concluded.