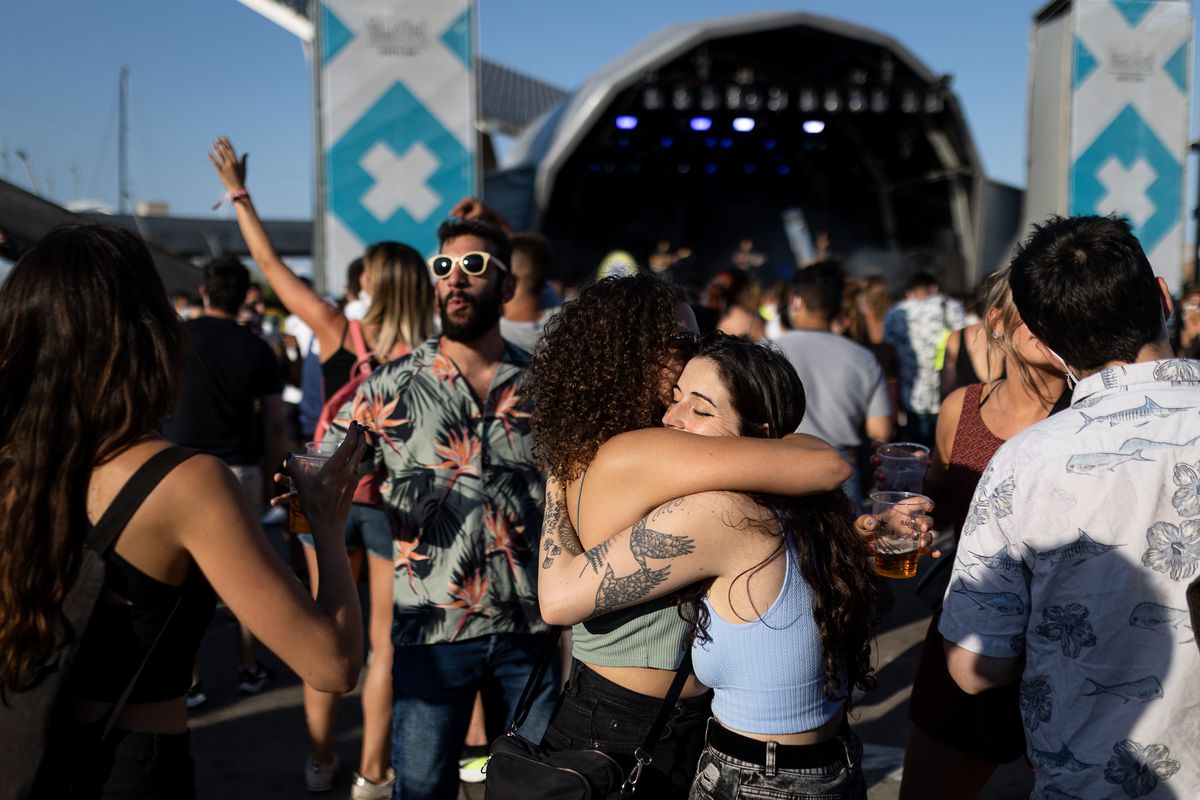 Satisfaction and the conviction of not being part of the problem, but of the solution. These were the terms in which Jordi Herreruela, director of the Cruïlla festival, valued the edit that last night It concluded at the Parc del Fórum in Barcelona, ​​after three days of activity. Herreruela emphasized that the possibility of conducting massive screening had been demonstrated, “which could be a solution that could be extended to the rest of society,” and defended music as a pole of attraction in order to screen people who would not otherwise be accessible to the health authorities. What was stated by those responsible for the festival contrasts with the contained concern of the health authorities, who see how this type of massive events take place in the middle of the fifth wave of the pandemic, one of the most contagious to date. The festival itself has detected 250 positives among its attendees, while institutions such as the Barcelona City Council have been asking for a few days to limit the use of public space.

For Herreruela, however, the model explored by Cruïlla “is for the moment the best that can be implemented, without forgetting that it is subject to improvements that we will be shaping in collaboration with the scientific community.”

The skip-the-line performance has been the first medal that the festival organizers have been able to hang. Agile screening of 40,000 people in three days seemed impossible a short time ago. In them, a 1% positivity rate was registered on the first day, when the younger audience attended, and 0.5% the second.

By age group, the scheme is repeated, and throughout the three days the percentage of positivity was higher, about 32%, among those under 30 years of age, dropping to 13% in people over 35- 40 years. Hererruela also highlighted that the festival’s screening work has prevented those 250 people detected as positive from transmitting the virus in their surroundings: “As screening increases, positivity decreases, which is why this model could be used in others areas of society ”.

He also stressed that there are social sectors that the authorities do not know how to reach for screening or health studies, and those sectors are precisely those that respond to the call of live music. Therefore, in the words of Herreruela, “music is a tool to control the pandemic by having access to sectors that are otherwise invisible, such as the age range between 20 years and paternity, which is when the administration locates us again. through the children “

Considering the high rates that the transmission of the pandemic is registering in Catalonia, with the RT at 2.86 and with a particularly high level of affectation among the youngest, the data collected by the festival will be studied by the health authorities in more detail than expected. This is to determine whether, in line with previous tests (that of the Apollo in December, or a Love of Lesbian concert in May), it continues to be confirmed that a controlled mass event does not generate transmission.

Regarding the use of the mask inside the enclosure, Herreruela stressed that “we estimate 70% of the public who uses it and, in any case, it must be recognized that the constant changes in regulations in this regard have generated a lot of confusion”, he pointed.

“Music is a tool to control the pandemic by having access to sectors that are otherwise invisible, such as the age range between 20 and parenthood,” Herreruela analyzes

In line with all this, Herreruela defended the screening system as the only viable one to regain a certain normality and defended that it be extended to all areas, emphasizing its implementation in pharmacies. Thus, he indicated that he saw two options, “either we were left with sporadic temporary confinements that were very economically damaging, or we looked for solutions. And as far as I know, in a year and a half we have had five waves and none of them have been caused by music ”. With these words Herreruela referred to an incontestable reality in a veiled way: the increase in pandemic rates in Catalonia is largely related to the unregulated leisure that took place at the Sant Joan festival. In this line the request of the Barcelona City Council has been going for a few days to limit the use of public space to control the spread of the virus.

The question now is to see which festival profile is viable in a changing situation. If a year ago no one had thought that this year we would be like this, now it cannot be predicted how the next one will be, considering that if transmission is not stopped, the chances of mutation and new strains increase. The festivals that have been able to adapt to this situation have been those that we could call kilometer zero, that is, those that live off the local public, that can survive with posters of local artists and that do not depend on great figures whose tours can be altered by pandemic outbreaks or, as in the case of Tom Walker, artist canceled at Cruïlla, due to problems derived from Brexit.