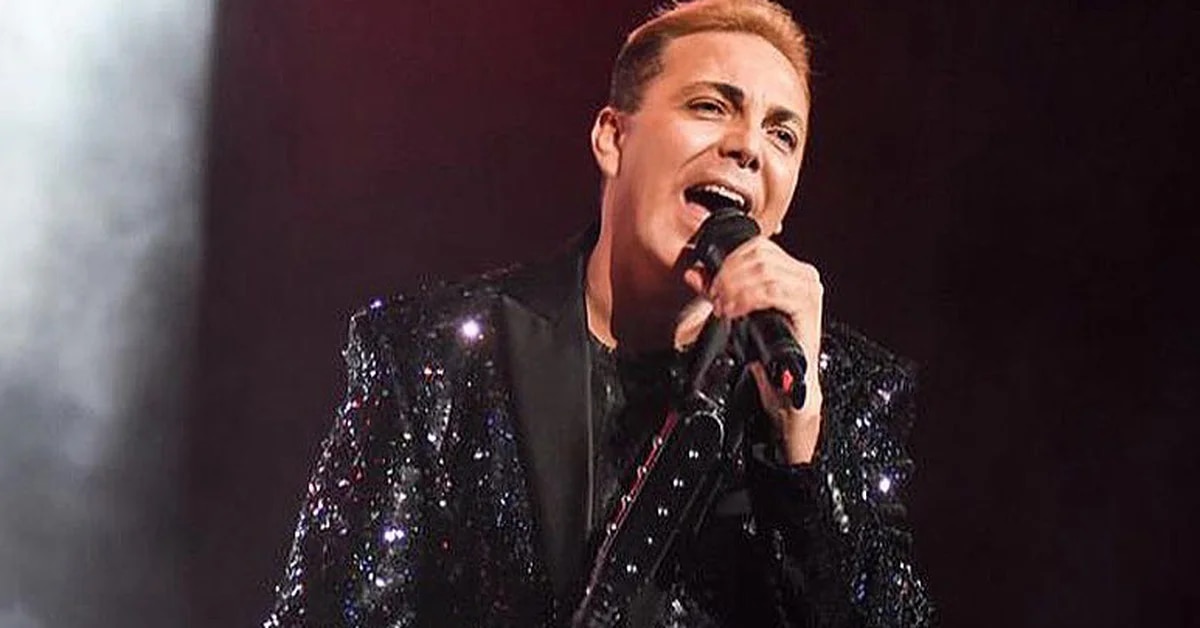 The actor and singer Cristian Sainz Castro, known by his stage name Cristian castro, was interviewed upon arrival in Monterrey where he will have a Christmas presentation, after the singer confessed in previous days which would be the conditions for one of their children to enter the artistic world.

After this, the media have questioned him about his role as a father and the little closeness he has with his children. The singer was honest about this issue and even mentioned that in his youth He promised himself to be better than his dad, but his reality was different.

In a meeting with various media, which took up the program of Pati chapoy Windowing, the call “Happy Cockerel”He acknowledged that he has not been a good father with the children that he had with Valeria Liberman, whose got divorced in 2009 after various media scandals that did not favor the singer and that after that they continued to persecute, being one of the main reasons why he does not see minors constantly.

“I was not a good dad, the truth, that I thought it was going to be because just when I was growing up I I promised myself that I would be a better father, perhaps, than my own father, rightSo what do you think? Well I didn’t make it. The truth is that I couldn’t be good enough dad”Mentioned the singer.

On the reasons that they would have the son of Veronica Castro In this situation, the performer of hits like Blue, For loving You so The It’s better that way He mentioned that work within the artistic medium has been the main reason for the relationship and his performance as a father to be affected since it absorbs most of his time:

“I wish and I I can dedicate more time to them, but it is true that this it is very absorbing trying to find songs, find work and put on a good show and go touring countries “, added the actor.

Castro mentioned that work within the artistic medium has been the main reason for the relationship and his performance as a father to be affected (Photo: Instagram / @ cristiancastropop)

Cristian Castro was sincere in a special way because he recognized that giving priority to all these types of activities was very “selfish” on his part because it has allowed his profession and desire to grow within the middle of the show to “stole time” with his children and their personal life with them.

“The truth is that I have been perhaps a little selfish in that sense but I should be perhaps a little more considerate and of course be a much better father but I really don’t have it inside me -the intention of being- “, expressed the controversial singer who constantly dyes his hair in colors.

About what news you have about your children Mikhail Zaratustra Castro Liberman Y Simone Candy Castro Liberman The singer mentioned that he is very proud of the two and that he hopes his son will continue to grow while the girl does not expect him to be a father-in-law soon:

The singer mentioned that he is very proud of his two children (Photo: Instagram / @ cristiancastropop)

“There they go. He already turned 14, my little boy, my Mikhail and the truth I am very proud. She is 16 and so I hope I don’t have a boyfriend ha ha ha and what Well, hopefully they give me a chance to continue party a few more years, “added the actor of melodramas as The right to be born, The Secret Intentions The Cursed Inheritance.

In previous days Castro spoke about his third daughter; Interview with Today, Cristian Castro was honest about how he sees his daughter Rafaela, and although she is still in elementary school, the singer thinks that the girl has the potential to also dedicate herself to music.

Cristian Castro and his difficult confession: “I promised that I would be better than my father”