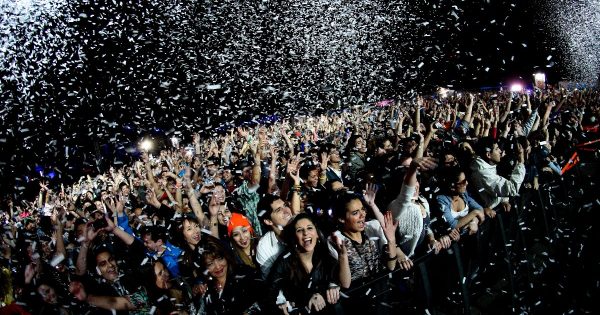 After having to wait two full years due to the pandemic, one of the biggest electronic music festivals in the world is finally back: Creamfields. The event will take place this Saturday, April 9, at Espacio Riesco starting at 12:00 noon.

With so little left for this festival to take place, we tell you which are the three artists that you cannot miss at Creamfields 2022.

Thomas Wesley Pentz, known worldwide as Diplo, was born on November 10, 1978 in Mississippi, in the United States. The DJ began his musical career while he was a student at Temple University. In 2005 he founded his Mad Decent label and since then he has had great success, also collaborating with well-known artists.

Don Diablo was born on February 27, 1980 in Coevorden, the Netherlands and his real name is Don Pepijn Schipper. At an early age he sparked his interest in music and film. Today he is a Dutch electronic music DJ known all over the world and can combine various musical styles, such as rock, electro, breaks, dubstep and hip hop.

Claptone is the mysterious DJ who wears a bird mask in his shows, not much is known about who he is, apart from the fact that he comes from Germany. There is a lot of enigma surrounding this artist, but what is known is that he is a resounding success worldwide, performing in different cities, such as Berlin, London, Paris, Shanghai, New York and many other places.

What are the other artists that will be presented this year?

Other great DJs that will be performing at Creamfields 2022 are Lost Frequenies, Solardo, Malaa, Tchami, Nghtmre, Vintage Culture.