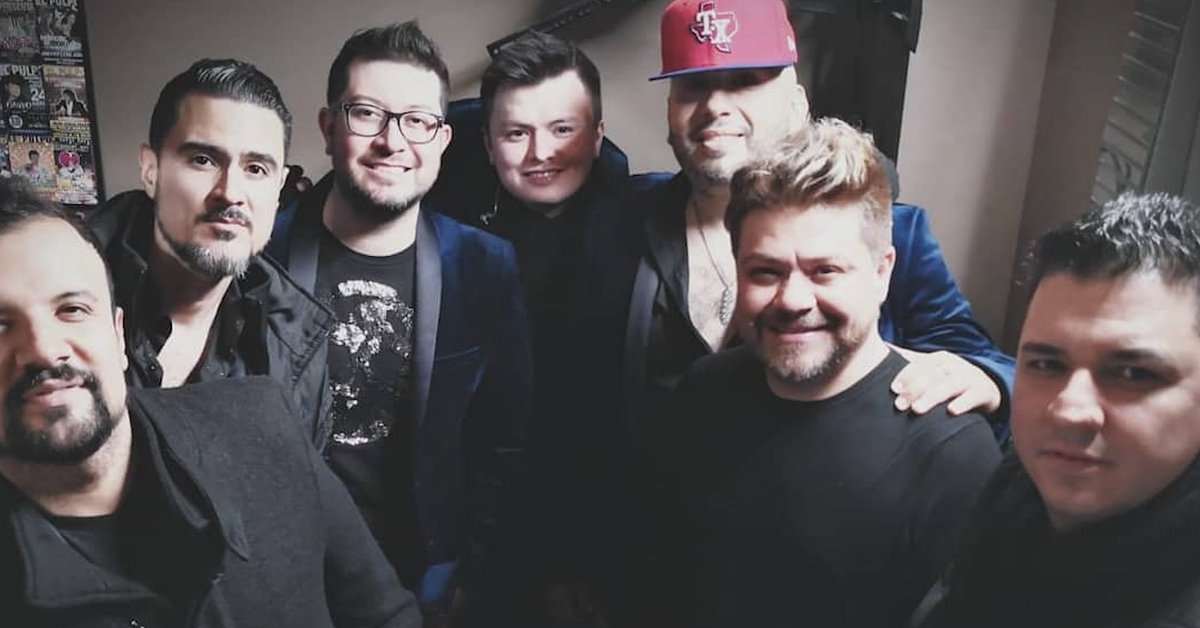 At the time in which increases in cases of coronavirus are registered in Mexico, the music industry is once again affected. Another regional band registered a possible case of contagion among its members and this time it was the group La Firma. Through their social networks they confirmed that their vocalist contracted the new type of pneumonia.

“The Firm had a presentation in which the weather was not favorable, specifically it was raining, which caused Luis ‘Luie’ Padilla to start suffering from pneumonia, with mild respiratory failure,” the band wrote on its social networks .

This caused that after years, they interrupted their tours and their most recent concert scheduled in San Luis Potosí. “We appreciate your understanding and incredible messages that have been reaching our networks. Later on we will be reporting on Luis’s health ”, they added in their message.

The news happens in the context of the death dand José Luis Manuel Zamacona of Los Yonics. The singer lost the battle due to the devastation left by the coronavirus in his body despite having been vaccinated against the new type of pneumonia. This has caused a stir, since once again the efficacy of the inoculations is questioned.

Meanwhile, the singer, actor and comedian Carlos Escobar died in May at age 60 as a result of the coronavirus, as reported by the president of the Corrientes Institute of Culture, Gabriel Romero. Escobar, who over 25 years of experience was part of the famous Trio Laurel and was currently a member of the group Dumb, He was hospitalized 15 days ago after contracting the virus.

Due to these contagions between regionals, Marco Antonio Solís better known as “The Buki”Asked for respect and commitment to follow the recommended measures of the various health authorities to prevent the spread of the new and deadly virus Covid-19 and thus be able to mitigate the terrible effects of pandemic.

Zamacona was vaccinated at the time he died from coronavirus.

On Twitter he shared a message underlining the civic and social value of wearing the mask.

According to the World Health Organization (WHO), se expects COVID-19 vaccines to provide at least some protection against new variants of the virus and are effective in preventing the severe form of disease and death. They specify that you can still die from the disease while it is still changing, since it does not generate a 100% immune response.

The agency on its official site explained that vaccines generate an extensive immune response, and the presence of some changes or mutations in the virus should not cause them to lose. completely its effectiveness. If any of these vaccines are less effective against one or more variants, it will be possible to change the composition of the vaccine to provide protection against these variants.

The WHO, at the moment, assured that data on the new variants of the virus that causes coronavirus infection continue to be collected and analyzed.

“While we wait for more information, we have to continue doing Every effort is made to slow the spread of the virus to avoid the development of mutations that could reduce the effectiveness of available vaccines. This means that it will be necessary to continue to respect the minimum safety distance of one meter with other people, cover yourself with your elbow when coughing or sneezing, wash your hands frequently, wear a mask and avoid poorly ventilated rooms or open a window, “said the UN agency.

According to the United Nations agency, the virus does not know how to do anything other than mutate, which is why they ask the general population to continue to seek anti-pandemic measures.

José Manuel Zamacona, leader of Los Yonics, is hospitalized for COVID-19; I was already vaccinated
Sebastián Yatra revealed that he had COVID-19 and invited to continue taking care of himself: “He swore he was invincible”
Victoria Ruffo recounted her confinement when she had COVID-19