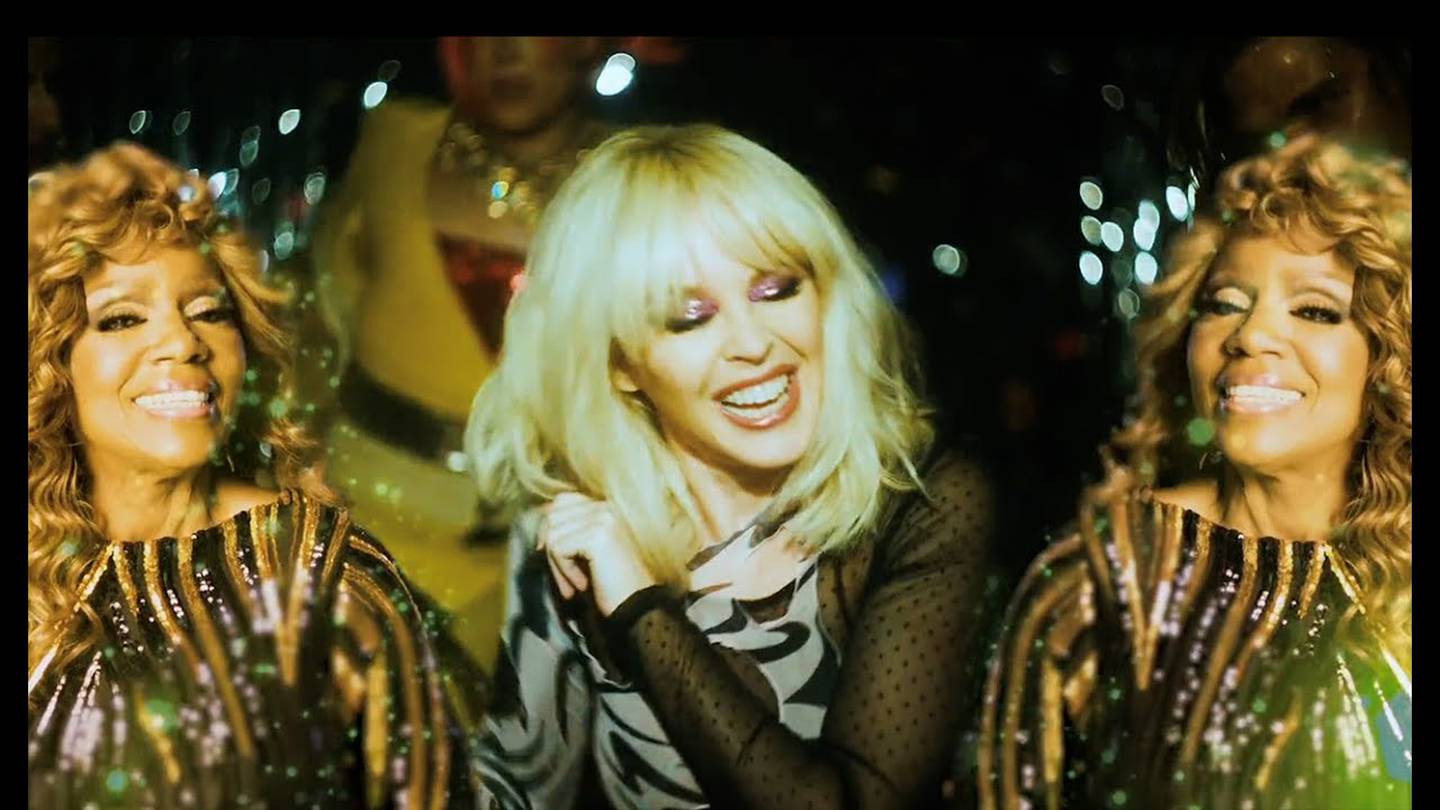 Costa Rican Marco Garro has taken another firm step to consolidate his career as a designer. On March 31, the Australian singer and actress Kylie Minogue released, along with Gloria Gaynor, the music video for the song Can´t stop writing songs about you and this audiovisual had the talent of the national.

In the video clip, which aims to pay tribute to the disco era, Minogue wears a garment made by this student of the International Fashion Program at Véritas University.

The work of the Costa Rican in the video clip joins other outstanding collaborations that the 22-year-old national dressmaker has had, since Garro has also created costumes for international stars such as Jorja Smith, Bad Gyal, Pablo Vittar and Ana Cristin.

During the three minute duration of the video Can’t Stop writing songs about youMinogue wears the garment made by the Tico, while moving to the rhythm of disco music.

“The quality of the work of this student from the Véritas University makes the eyes of the world turn their eyes to the Costa Rican talent that, day by day, is positioned on different platforms at the international level for innovative proposals with high quality standards,” said the university in a press release.

Live He talked with Garro about his impressions on the matter.

-How did the opportunity arise?

—The opportunity came very unexpectedly, as I actually received a call from a stylist in London for a music video for singer FKA twigs, where he asked me for several of the pieces I had posted on my Instagram. I placed the order he placed for me and shipped it, but there was a delay in the shipping flight and it didn’t arrive on time, so he asked if he could leave the pieces for other projects he had in the next few weeks. This is how her work with Kylie came out, where he showed her my pieces and she was very attracted to her. So he wanted to use them for her new video.

—What was the inspiration for the disco theme?

—Actually they were the ones who took my design style and made the disco theme fit with the styling. I think that in the end it fitted very well because of the color and the dynamism of the garments.

“How long did it take you?”

—I had two days to make it and send it. In general, I have to do everything very quickly to get it out of Costa Rica and to get it abroad.

—What did the production tell you about your work?

—They are very happy with the result and possibly more works with other artists will come, so we will keep in touch.

“What does Kylie mean to you?”

—For me she is a music icon that I grew up with, I have been a big fan of her music for many years and I never imagined I could get to wear her one day. It was quite a surprise and I think she has been the highest level artist I have ever worked with.

—What did this experience teach you?

—That many times, when an opportunity is lost, a new one arises. At first I felt a little sad that the pieces had not arrived on time for the singer that were planned, but realizing that they were used for Kylie and they fit perfectly on her motivated me to think that better things always come.