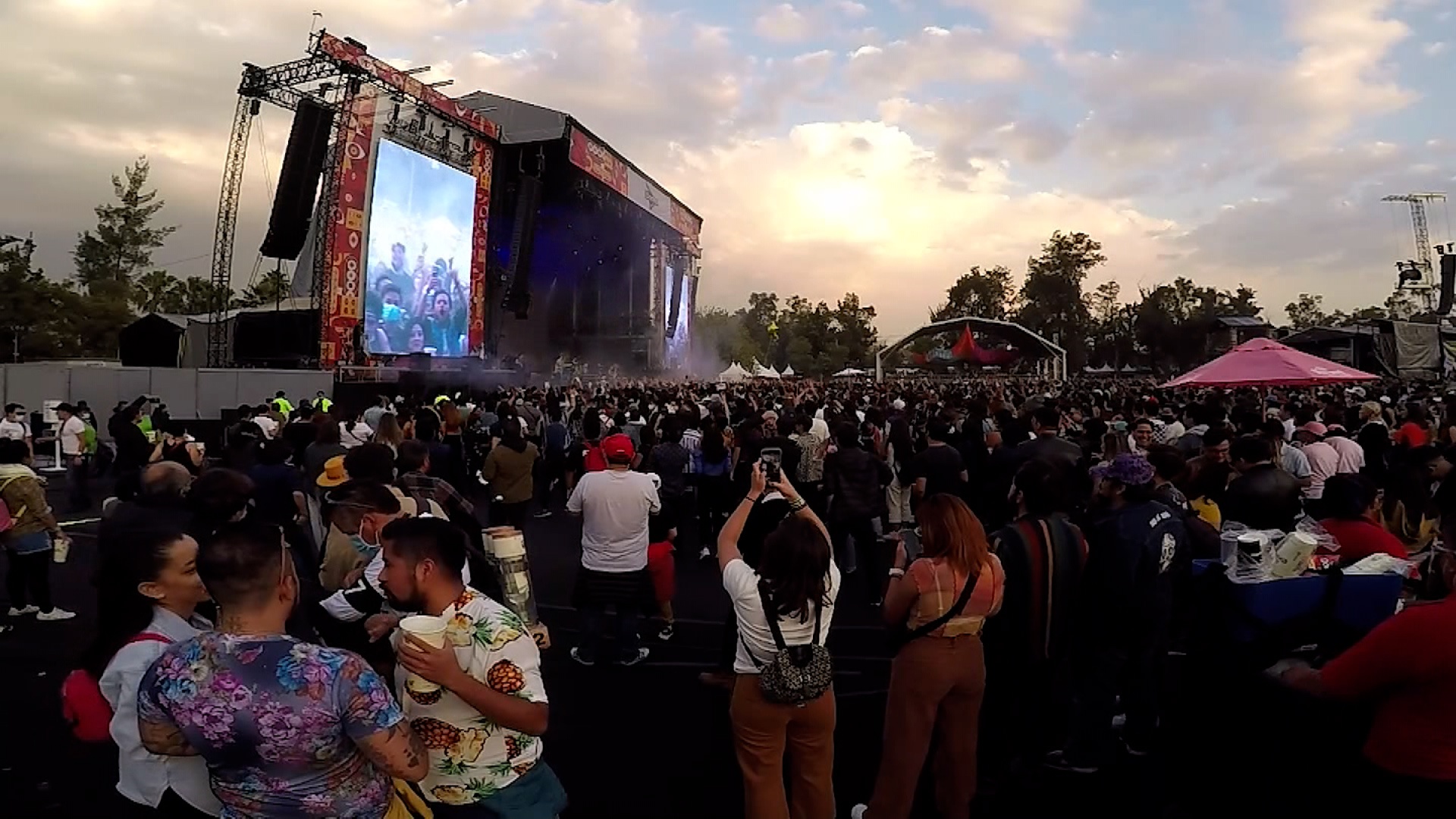 (CNN Español) — The massive music festivals returned to Mexico City this Saturday with Corona Capital, the first event of its kind held in almost two years due to the covid-19 pandemic, and which on its first day gathered almost 60,000 attendees, according to figures from the organizers.

The festivals returned to Mexico with the Corona Capital 1:51

With sanitary measures such as the mandatory use of a mask, a certificate of vaccination against the virus or a negative test, thousands of young people gathered at Turn 4 of the Hermanos Rodríguez Autodrome, home of the Mexican Grand Prix, to celebrate music to the rhythm of international groups like Tame Impala, LP, Cheap Trick and Electric Guest.

“I am very happy, I am very happy to have returned, I really like this part of being at festivals, so being here today represents a lot for me,” Belén Olvera, 25, told CNN.

The last massive music festival before the Mexican authorities ordered the confinement due to the health emergency was the Vive Latino in March 2020, amid criticism of the organization and the capital government for allowing it to be held in full spread of the virus.

Although the number of attendees at Corona Capital on its first day was less than in past editions – it usually summons several thousand more people – there were long lines at the different entrances to the venue waiting to enter after proving that they were vaccinated and did not show symptoms of coronavirus .

Sanitary measures “are a bit weird. From the outset, they did ask us for the complete vaccination record or the covid test, but it was just like that, “come on in”, I imagined they were going to check the QR code, ”said Jorge Ortiz, a 29-year-old bank employee.

Other visitors such as Monserrat Parada celebrated that social distancing, as part of the health recommendations to prevent COVID-19 infections, allowed the public to have more free space to better enjoy the shows.

“I came in 2018 and people were crowding together and I think that now there are not many people like in other years, but it’s cool (good) because that way you can enjoy a little more,” added Parada, 22 years old.

American singer-songwriter Annie Clark, known as St. Vincent, was one of the main acts on Saturday, but was suspended due to COVID-19 infection, while British band The Kooks also canceled their performance for family reasons, reported the promoter OCESA in a statement.

British electronic music duo Disclousure was the third cancellation on the first day’s lineup, also for health reasons, organizers said in the document.

By nightfall, the festival organization had carried out just over 4,000 covid-19 tests among the attendees, “without any having come out positive yet,” Adampol Valdéspino, OCESA’s property security manager, told CNN.

Massive events in the Mexican capital returned since the end of last month with the Day of the Dead parade and the Mexican Grand Prix, despite the fact that the pandemic continues with 3.8 million positive cases and more than 292,000 deaths, according to figures. of the Mexican government, which makes the Latin American country the fourth most deaths after the United States, Brazil and India.

This Sunday, during the second day of activities of the Corona Capital, groups and soloists such as Twenty One Pilots, Jehnny Beth, Rüfüs Du Sol and The Whitest Boy Alive are expected to perform.

Corona Capital: the return of music festivals in Mexico