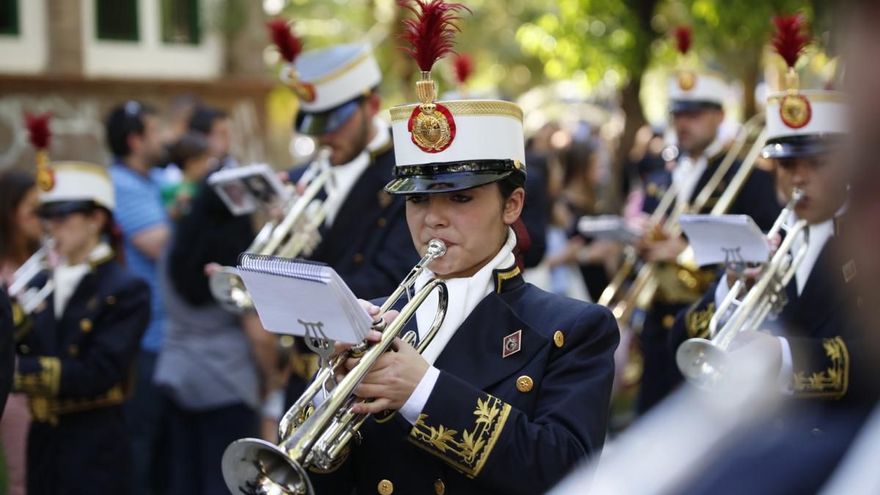 La Estrella’s band is one of those that will take part in the concerts of the Young Kiosk.
MANUEL MURILLO

The Young Kiosk (the Music kiosk next to the Victoria Market) will host, starting this Sunday, November 14, a cycle of concerts by musical bands from Córdoba. Under the title of Young Wind, This series of concerts are launched through the Youth Delegation of the Córdoba City Council together with the Union of music bands from Córdoba, a group that brings together practically all the musical groups of this nature in our city.

The initiative, which is part of the program of the Juventud Córdoba Identidades delegation, respects the agreements reached with the neighborhood representatives of the area, who have welcomed with a magnificent disposition the recovery of the Kiosk, applauding that it is intended for a youth cultural use, and with activities such as Viento Joven, which do not pose an acoustic environmental burden, and which contribute to promoting good habits among the youth population.

The councilor points out that a “historic demand for music bands” is being fulfilled.

Cintia Bustos, delegate of Youth, highlighted the historical demand of the music bands of our city for the recovery and enhancement of the Kiosco de la Victoria for its traditional use, musical concerts. These formations are made up almost entirely of young musicians who, on many occasions, discover their vocation early, thanks to the effort and dedication of those who are in charge of their direction and management.

The delegate pointed out that “the bands they are a natural space for the integration of these young people, who come from different social circumstances, and who find music as a unifying and coexistence element ”.

“Not in vain, Cintia Bustos recalled, the Youth delegation began its Planneo al Fresco program this summer with a band concert in tribute to the defunct Municipal Band, in which the young people of La Esperanza recovered the work Blue Kiosk.” This week its glass pavement has been returned to the kiosk, thus culminating a process of recovery of a cultural space for young people, which has remained in force in the city since 1885, with different modifications, and which had been going on for more than a decade. in disuse, and that now regains prominence in the city that has always had