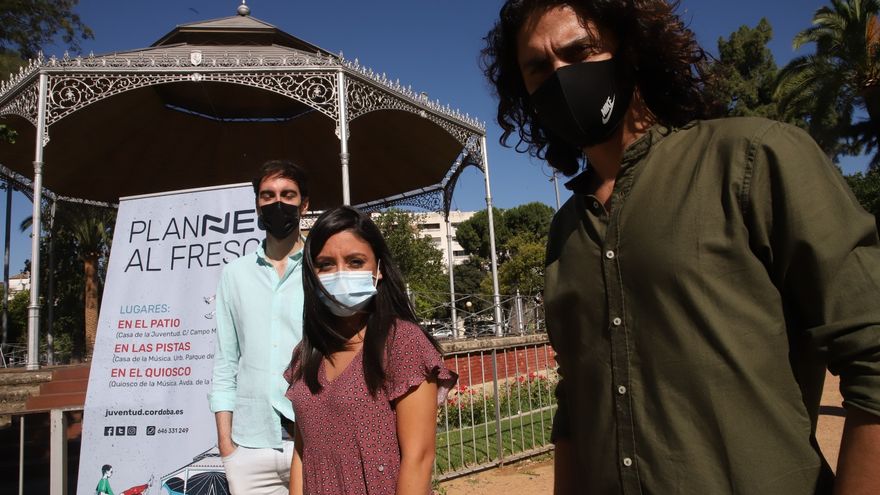 The Youth Delegation launches the summer program of planneo, which recovers as a scenario the Music Kiosk of Paseo de la Victoria after years of inactivity, reopens the courtyard of the Youth House and opens the old sports courts of the Royal Eduardo Lucena Philharmonic Center, which has given these facilities to the City Council. The shows will take place on Tuesday, Wednesday and Thursday from 10.15 am in July and August, where it is intended to offer “alternative leisure and value and help young talents from Cordoba in some difficult months for them”, explained the Councilor for Youth, Cintia Bustos. The activities will be free and until full capacity is reached.


This year, Planneo will have three points of reference: the Music kiosk– “We have managed to recover an emblematic site of Córdoba”, says Bustos—, with a program that will open on July 8 with the Band of Hope of Córdoba. Will follow Folk cabaret, Trending Tipic (July 15); Vandalia Trio (July 22)); Condition by Ivan Amaya (July 29); Authors en route by Laura Gómez and Maikel de la Riva (August 5); Carnival by Rafa Taleguilla and Raquel González (August 12); Amiga Esperanza Delgado (August 19) and El Jose (August 26).

The Youth House will also open its patio to Planneo’s programming and will host part of the activities related to poetry and rap, starting on July 6 with Grammy Poets of Malpoeta and band; Ainara Full (July 13); Magupi live from Night Room Tv (July 20); Raperas Córdoba with Lasyra and La Sakrah with the presentation of Palona Lena (July 27); Primitive Expression (August 3), Imprint with Turn on your imagination (August 10); When the Danube sounds by Synestha (August 17) and Escala Gatana, poetic gala under the direction of Jesús Leirós (August 24).

It is, according to Cintia Bustos, “a completely diverse program from the most traditional to the most transgressive”, which must comply with all sanitary measures.