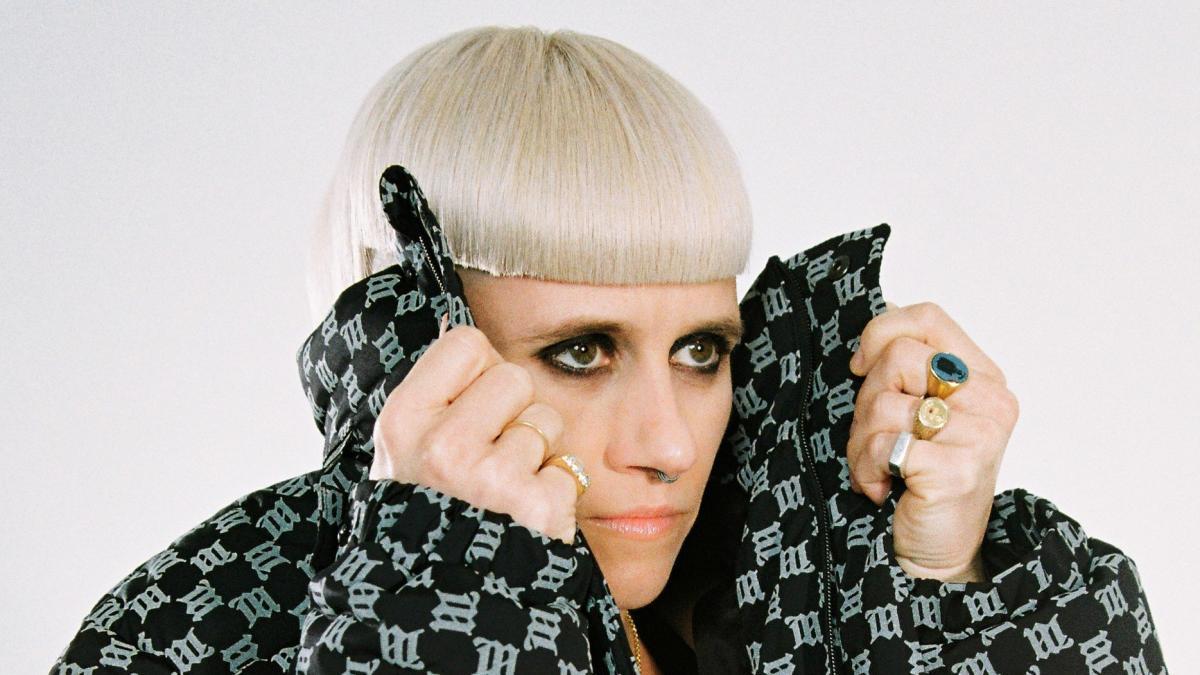 DJs playing music surrounded by crowds of young people. Large stages with visual effects that pierce the darkness. Party nights that last for days. People jumping and dancing. Sex, ecstasy and alcohol. Vertigo and excesses. When we are told about a profession within the world of electronic music, we probably imagine something very different from the routine and conventional. “There are people who still think that I only work on weekends,” says Cora Novoa with a laugh. With white hair shaved at the sides and with short, straight bangs on his forehead, Novoa’s artistic imprint is revealed in his style and even in his way of speaking, sincere and expressive.

In addition to being a DJ, she composes and produces music, has her own record label Seeking the Velvet (SKTVT), has played at major festivals like Sónar, and is a creator on Patreon, among other things. “There are weeks when I work from Monday to Monday, ten hours a day. The performances and what you see on social media is just the tip of the iceberg”, he explains.

When I started it was more difficult to produce music. Today, the process is digitized. It is part of the evolution and democratization of culture and art”

The DJ who brings her music to both virtual platforms and festivals in physical spaces assures that: “There are many things that you have to coordinate. The project that I am developing with Patreon, for example, involves preparing a lot of content, because the idea is to create a community, which is something that fascinates me.”

Cora Novoa likes her profession for music, not for the stage. “I’m actually shy. I know a lot of people, but I have very few friends”, he confesses. The party part is not what she is passionate about electronic music. She is more into listening to music with headphones than through big speakers. “I’m quite calm, I really like being at home and trying to make the most of my time with my family,” she says, explaining that: “I don’t go out to party every weekend, I’ve already experienced that. Just sometimes. I go to the Sónar Festival every year, because it is a must, there are many creative proposals, or I also go to see specific bands or DJ friends”.

His daily routine, he explains, consists of “work, work, work,” combined with Crossfit and extreme sports. Every three or two months, he returns home to Galicia to visit his family. “As a good Galician, I am homesick and I always miss my roots, my family and friends, the food from my house and the way of life there,” she explains. What appears on their social networks is just the tip of the iceberg, not only professionally but also personally. “Although I try to be close and show myself as I am, I don’t like to expose myself too much. I always try to keep one foot on the ground and separate my work from my personal life, which is, precisely, personal”, he clarifies.

My father was the one who instilled in me the passion for music. He taught me not to have labels in music. What matters is not the genre, but that it is good”

What captivated Novoa about electronic music is that it works like an umbrella under which she can gather many musical styles. Music is something that accompanies her from a very young age. “I was always related to music. I have transverse flute training. Over the years, I discovered many other styles and electronics fascinated me. Little by little I began to compose my own productions”, says Novoa.

His father was the one who made him listen to the first electronic music theme on floppy disk. “At that time it was not heard on the radio, since they played more generic and commercial music. My father also made me listen to salsa, flamenco, folk”, recalls the producer and DJ and assures: “He is the one who has instilled in me the passion for music and I think he is responsible for me dedicating myself to this. He taught me not to have labels in music. What matters is not the genre, but that it is good.

Cora Novoa made her first production more than two decades ago, when she was only 16 years old. At that time, the digitization of both music production and consumption was still in its infancy. The first USB flash drive had just been launched, the first MP3 players were beginning to circulate and the opening of Apple’s first online music store iTunes Music Store in 2003 marked the beginning of mass music consumption on portable devices.

“It was more difficult to produce music. You needed more money to access devices to compose. A drum machine, which now costs a quarter of what a computer costs, back then was worth a fortune. Today the entire process is digitized. It is part of the evolution and democratization of culture and art”, indicates Novoa.

She learned to create music for herself. “I was self-taught until I moved to Madrid at the age of 21. There I was able to connect with more people and make a niche for myself. The good thing about being self-taught is that you create an attitude of wanting to learn and a habit of perseverance”, says the music and adds: “As artists we cannot forget that you can get there, but the most difficult thing is to stay. You have to take care of your work and not limit yourself to always doing the same formula, because that has an expiration date. Success can cloud a lot of people.”

With a long career in the music industry, Cora Novoa had to deal with being compared to other male DJs or being asked questions about her love life, her clothes or her appearance. “These are things that a man is not asked. This already makes a difference, why do you have to differentiate between men and women? If in the end it is music”, she says and adds: “We are in a macho society and in the end the fact of being a woman is something that will always mark you. In the music industry, there has always been a bit of this thing of looking with a double lens and demanding twice as much from female artists as from men.

The producer achieved a successful professional career in a very masculinized sector. According to the study Inclusion in the Recording Studio 2021 Spotify, of the 173 artists that appeared on the Billboard Hot 100 Year-End list in 2020, 79.8% were men and 20.2% women, a ratio of 3.6 male artists for each female artist. The presence of women producers is much smaller. In production, the proportion of men is 38 for every one woman, women being only 2.6% of the total.

In the music industry, there has always been a bit of this thing of looking with a double lens and demanding twice as much from female artists as from men”

“The gap is especially pronounced in positions of power, in management positions. In the end, men are the ones who make the decisions,” says Novoa. Indeed, according to a study by the Women of the Music Industry Association (MIM) this year, women within the Spanish music industry occupy only 37% of the presidency positions and almost 70% of the women in the sector. earns less than the average Spanish male salary.

Despite the obvious inequality, Novoa interprets that “although it is still lacking, the scenario is beginning to change a little with the new generations. I would tell any girl who wants to dedicate herself to this to fight for what she wants to do, to work a little every day and that it is not impossible. If I’m here and she can get it too.” For Cora Novoa, making music is not just her job: “It’s my life. My whole life, my personal and professional relationships revolve around her. It’s what makes me want and excited.”

Cora Novoa, the quiet DJ who shines on the electronic music scene