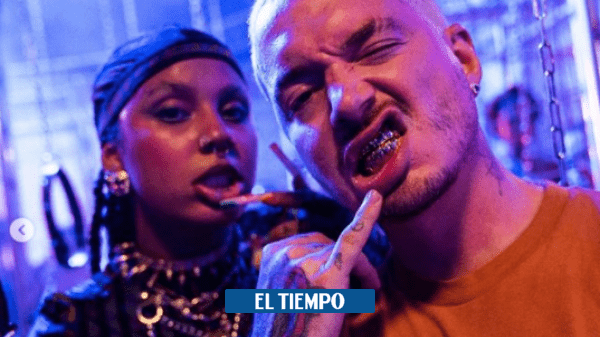 The single is a collaboration with Dominican rapper Tokischa.

The single is a collaboration with Dominican rapper Tokischa.

The video clip of the song ‘Perra’ is no longer available on the official channel of the paisa singer.

The song ‘Perra’, by the renowned Colombian singer J Balvin still giving something to talk about, this time on account of the elimination of YouTube of his controversial video, which had generated diverse reactions for its content.

This Sunday various users of social networks highlighted the fact that the short was no longer aired on the platform, so it is speculated that it was withdrawn due to the wave of criticism that rated it from sexist even misogynistic.

(Read also: What happens when I write to J Balvin on WhatsApp?)

One of the strongest criticisms came from the vice president Martha Lucia Ramirez, who showed his rejection of the song by stating that these facts “They reproduce, incite and justify violence against women by promoting the violation of their rights, the affectation of their dignity and the normalization of denigrating positions or imaginations that internalize, undervalue and objectify their body and show them as an object of property of the mens”, Also referring to the incident recorded in Medellín when a Dutchman was seen carrying a woman in her underwear and tied around her neck on a street in a luxurious sector of the city.

The controversy had been generated due to a scene where two Afro women appear tied up with chains and crawling on the floor while the singer himself holds them by the neck with a rope. Likewise, the lyrics have also aroused countless negative comments due to some derogatory expressions towards women.

(You may be interested in: J Balvin or Resident: Who makes the most money?)

Although the video clip with the controversial images is no longer available on the singer’s official channel, the video of the song’s audio remains active and already has about 230,000 views.

So far neither J Balvin nor YouTube have commented on the fact.