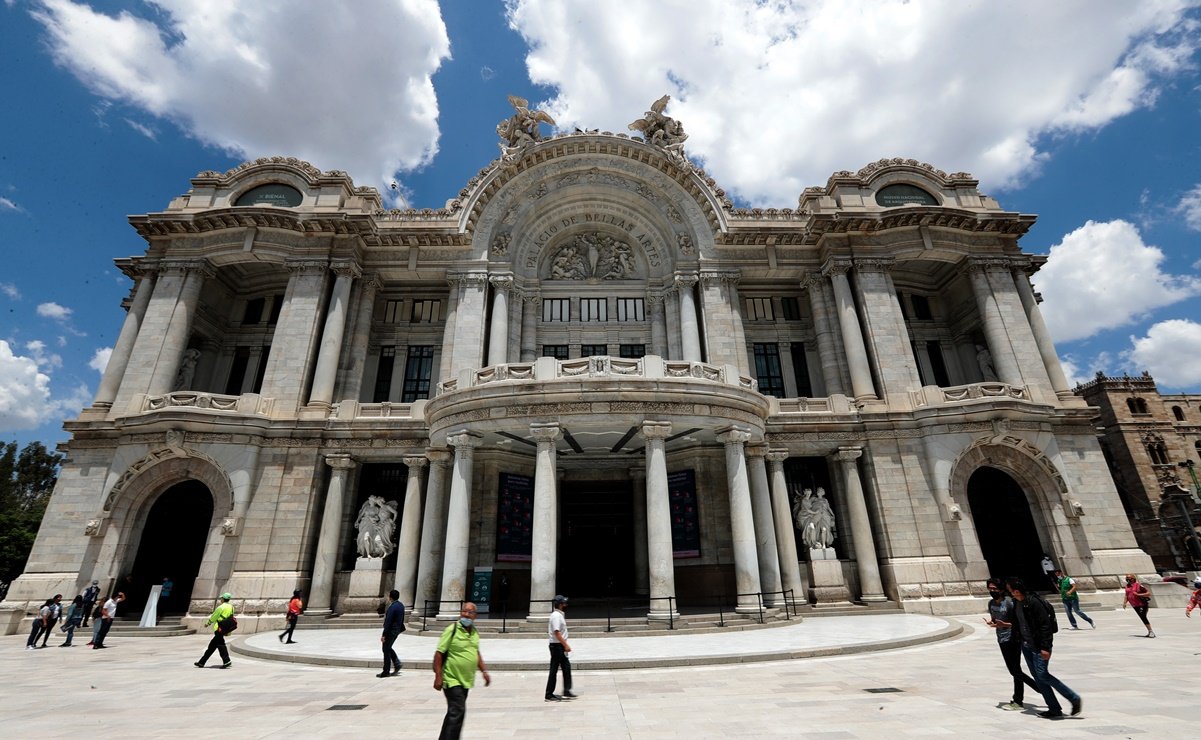 The Main Hall of the Palace of Fine It will reopen its doors after being closed to the public for more than a year due to the pandemic, on October 21. In addition, concerts will be offered on the terrace and in the hall of the venue.

Last October the reopening of the Hall had been announced, but at the last minute it was announced that the concert would take place only via streaming.

The cycle begins with a gala concert to commemorate the 120 mourning anniversary of Giuseppe Verdi, who has been recognized especially for his operatic creations, performed by the vocal group Solistas Ensamble de Bellas Artes, under the direction of Christian Gohmer, which will be presented at the Main Hall of Fine Arts next Friday, May 21 at 8:00 p.m. hours.

In addition, there will be two more presentations that will take place in the left wing of the lobby of the Palacio de Bellas Artes: on Friday, June 4 at 5:00 p.m., Lourdes Ambriz and Emmanuel Padilla will give a recital for harp and voice with works by François-Adrien Boieldieu, José Rolón and Arturo Márquez, and on Saturday June 5 at 5:00 p.m., Juan Carlos Laguna will offer a guitar concert with works by Jorge Ritter, Marco Aurelio Alvírez, Juan Erena and Eduardo Soto Millán.

The INBAL also announced that the National Art’s Museum will once again offer face-to-face concerts. The first will take place on Sunday, May 23 at 11:30 in the Reception Room, with Soloists Ensemble.

On Saturday, May 29, Erik Cortés Alcántara, from the Concertistas de Bellas Artes, will give a piano recital, also in the Munal Reception Room, whose program includes the Fantasy in C minor, KV 475, by Wolfgang Amadeus Mozart; the Chaconne in D minor, BWV 1004, and Ferruccio Busoni’s arrangement of the choral prelude Ich ruf zu dir, Herr Jesu Christ, BWV 639, both by Johann Sebastian Bach, as well as Ballad no. 1 in G minor, Op. 23, by Frédéric Chopin.

The presentations will be free with an access control ticket and a capacity of 30 percent in the Munal Reception Room, that is, for 30 people. While the lunette will be the only open area in the Main Hall of the Palacio de Bellas Artes, with 140 people.

The agency assured that the sanitary protocol will be implemented in each of the areas of the venues where the concerts of the INBAL artistic groups will take place, with the installation of a filter with a disinfectant mat, application of antibacterial gel, the review of temperature, as well as the mandatory use of a mask. The schedule is subject to epidemiological traffic lights.