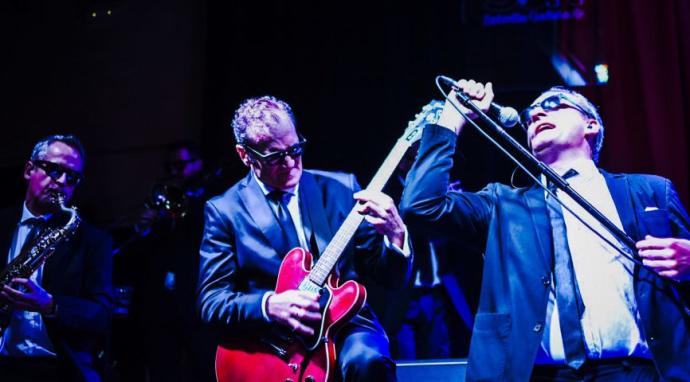 The Pamplona City Council program ‘Viva Pamplona viva’ already faces the last weeks of summer with new free concerts of the Pure Folklore, Street Music Rooms, Enklaves and Music Bands cycles. Evening performances, outdoors, with free admission until full capacity is reached, open to all audiences and with different musical styles. The association of the Jota Navarra ‘Navarjota’, Gregario de Luxe, Kokoshca and the Fitero Music Band will star in the concerts of these next few days.

The Association of the Jota Navarra, Navarjota, will present the afternoon of Monday ‘Castejón y la jota,’ a concert within the Pure Folklore cycle that starts from the research on this musical style carried out by the members of this association, with the aim of collecting historical data and testimonies related to the world of the Navarrese jota. The performance will begin at 20 hours. Navarjota emerged in 2018 out of the need and concern to promote, disseminate, develop, preserve and promote any activity that Jota Navarra makes known. In November 2019, the Government recognized the Jota Navarra as an Asset of Cultural Interest (BIC) as Intangible Cultural Heritage within the musical folklore of Navarra.

The series Salas de Música en la Calle will bet this Tuesday for him soul of Gregario de Luxe. The Taconera Park will host the performance of this Navarrese group with more than 15 years of experience. Gregario de Luxe continues to bet on that powerful spirit and the elegant and powerful sound that changed the world in the 60s, a direct inheritance of the Sam Cooke, Aretha Franklin, Otis Redding, Etta James, Stevie Wonder and other great idols of black music . The Navarrese band has three albums behind them and maintains the essence of the powerful live shows, with a dozen musicians on stage, which has taken them to some of the halls and some of the most important festivals in the country.

Kokoshca will close the Friday the Enklaves cycle, with a concert in the Plaza de la O starting at 8 pm. Kokoshca is one of the most surprising and personal groups in national rock, consolidating an overflowing character of its own through a stylistic eclecticism capable of pointing in the most unexpected directions. They will present their sixth album, simply titled ‘Kokoshca’, which remains as faithful to the characteristics of the quartet as it is novel in many of its approaches, more powerful and immediate in its sound, ready to embrace a wider audience. Iñaki López, Amaia Tirapu, Álex López and Iñigo Andión strengthen their rhythm and choruses in this work, sounding more pop, more accessible than ever and as challenging as ever.

Ya el Sunday, the Fitero Music Band The Music for Band cycle will close at 7.30 pm on the Citadel stage. They will perform a varied program with popular music, parades and other common band compositions.