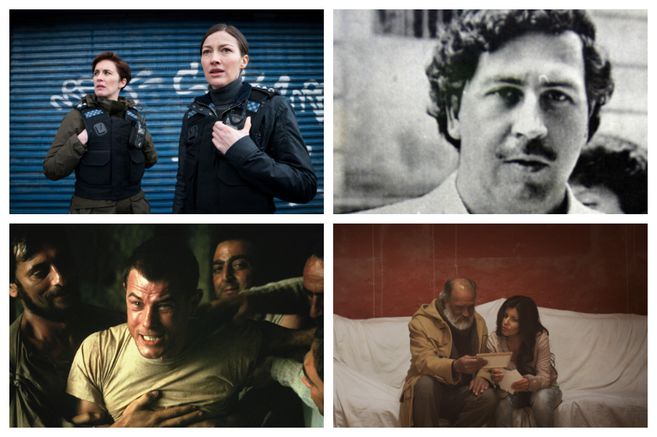 The platform has a full schedule that opens this month. Line of Duty, Grace Kelly: The Missing Million, Spare Cops are some of the productions that land on Directv Go.

Line of Duty: This time around, the AC -12 team sets their sights on the performance of the highest ranking officer in the unsolved investigation of a high-profile murder. But differences within the anti-corruption unit threaten to derail this case.

This way up: At the beginning of this second cycle, Aine is beginning to leave her time in rehab behind and to live less cautiously, which may not be entirely prudent. Will the tension with their boss Richard continue or will they finally indulge in their passion?

This Way Up – Season 2 Official Trailer | A Hulu Original

(We recommend: Action and drama arrive in September with Paramount + premieres)

Harry and William: What Went Wrong: What is hidden behind the confrontation between princes William and Harry? This documentary will reveal all the secrets, including the details of strong private disputes between them.

Siudy Between Worlds: the story of how Venezuelan dance personality Siudy Garrido and her dance group brought the production Entre mundos to a famous New York stage.

Tokio Rising: John John Florence wants to qualify for the debut of surfing at the Tokyo 2020 Olympic Games. To do so, he will not only have to overcome legends like Kelly Slater, he will also have to recover from a severe injury.

Grace Kelly: The Missing Million: Everyone knows the story of the actress who conquered Hollywood and then shocked the world by abandoning everything to marry Prince Rainier of Monaco. But less known is the fate of the millions of dollars he earned during his career.

Inside Monaco: Playgroung of the Rich: With privileged access to the royal palace, the super-rich and those who serve them, this three-part documentary series offers an exclusive glimpse into a small country with enormous wealth.

(It may interest you: These are the premieres of Amazon Prime Video for September)

Killing Escobar: This documentary tells the incredible story of Peter McAleese, a Scottish mercenary who was hired in 1989 by the Cali Cartel to lead a commando team with a mission: to assassinate his arch-enemy Pablo Escobar.

With access to never-before-seen artwork and interviews with the story’s protagonists, this special reveals how McAleese’s violent origins, his training as part of the British Army Special Air Service, and his experience as a mercenary in Africa led him to the jungle. Colombian to kill Escobar and how this mission changed his life forever.

OnStage: Santana – Live at the us Festival – Searching´: Accompanied by a symphony orchestra, the jazz and soul sensation performs classic Nat King Cole songs in this concert recorded in April 2018 at London’s Royal Albert Hall.

Spare cops: Despite being underestimated by their peers, Gamble and Hoitz uncover a multi-million dollar fraud. Comedy. 2010. Original title: The Other Guys. With Will Ferrell, Mark Wahlbergh. Director: Adam McKay.

Maximum alert: A former Navy Seal turned cook is the only person who can stop a group of terrorists. Action. 1992. Original title: Under Siege. With Steven Seagal, Gary Busey. Director: Andrew Davis.

South winds: Nina is reunited with her grandfather Fausto after 15 years. A meeting that will make them rethink their lives. Drama. 2018. With Carolina Niños de Guzmán, Raúl Chaparro. Directed by: Franco García Becerra.

Roll Against Everything: This film tells the story of the players of the first wheelchair rugby team in Peru. Documentary film. 2015. With Bladimir Bolívar, María Luisa Huerta. Direction: Marianela Vega.