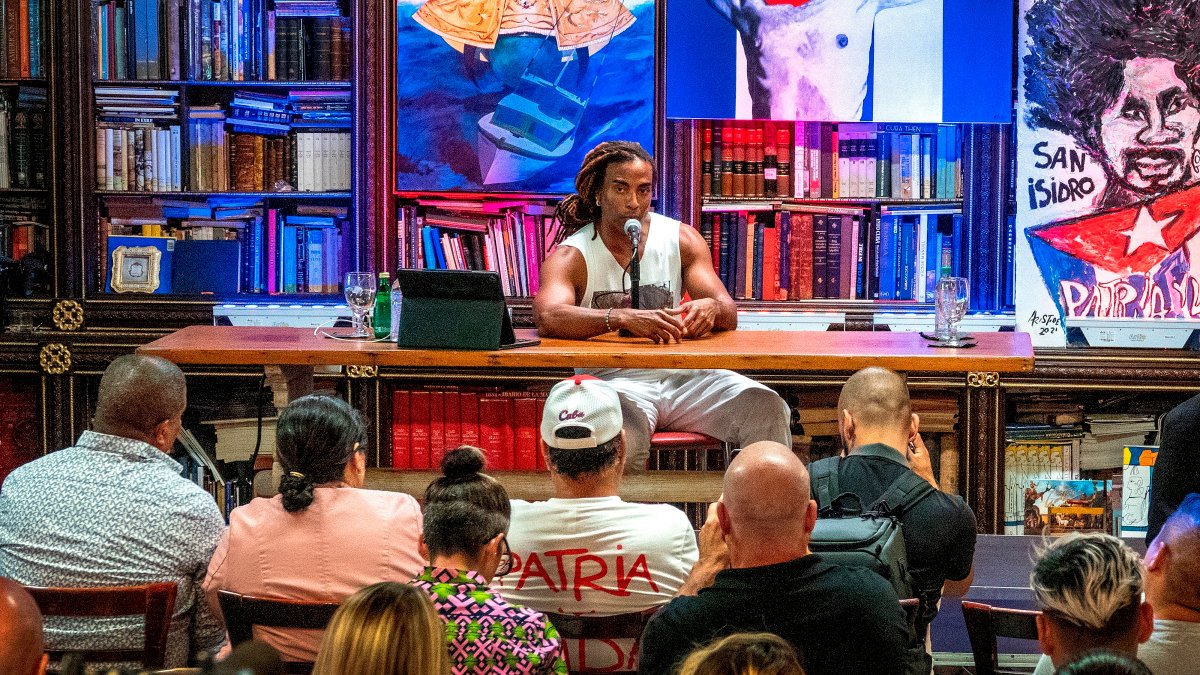 This Wednesday several demonstrations and events are held throughout South Florida in support of the Cubans who came from the island this Sunday to protest in the streets, while local Miami leaders continue to stand by the Cubans in exile and their demands. to provide cooperation with the island.

Miami Mayor Francis Suárez, city commissioners and Cuban-American musician Willy Chirino held a press conference this afternoon to express their support for Cubans, who took to the streets to protest against their government in a request for “Freedom “.

Suárez, who is also Cuban-American, has been calling for the United States to intervene in Cuba in recent days. Something with which Willy Chirino agrees, who asked the US government for a humanitarian intervention on the island in order to bring aid and alleviate the health crisis experienced by Cubans, “who die every day,” according to the singer of Cuban origin.

Later on Wednesday, the Assembly of the Cuban Resistance and other groups planned to hold a demonstration on Southwest 8th Street, outside Café Versailles. The event was expected to include a concert by local Cuban-American artists, including the duo Gente de Zona, known for their interpretation of the song “Patria y vida,” a theme that has accompanied Protestants in Cuba.

ARTISTS IN SUPPORT OF CUBA

Another of the authors and interpreters of “Patria y vida”, the actor and singer Yotuel, a former member of the Orishas group, said this Wednesday that Cubans do not need “leaders” at this crossroads, but rather act together and each one contribute what they can. to achieve freedom.

“We must erase the leaders, that each one is the leader of their evolution,” he said at a press conference in Miami, in which many of the attendees wore T-shirts with the “Homeland and Life” poster.

Yotuel declared himself one of a series of artists, among whom he mentioned Celia Cruz and Willy Chirino, who “have put their art at the service of the freedom of Cuba”, and gave all the prominence of what is currently happening in Cuba to people who have raised their voices with “courage” and “are putting their chests into it.”

He said that since communications through social networks and the internet are cut off, it is essential that Cubans who are abroad draw attention to the world of what is happening by flooding the networks with all the information they can.

In this regard, he expressed concern about a possible increase in infections among those on the streets and the lack of medicines and health resources in Cuba.

The new Cuba must be “inclusive”, “we have to learn to live together,” not to extirpate “all the people who” think differently, “he added.” I am more proud to be Cuban than ever, “said the singer, who He said that every Cuban who leaves his country carries “Cuba in his backpack” and asked to end the “lie” that those who go out and criticize the regime are paid by the CIA.

OTHER VOICES OF ARTISTS JOIN

The multi-award winning jazz player Chucho Valdés called for an end to “deception and lies” and expressed on his Facebook profile the sadness caused by the suffering of the Cuban people: “it hurts a lot to see the subhuman conditions in which they subsist.”

Another emblematic Cuban musician, the composer Leo Brouwer, expressed his pain at the “abuse of power” by the government. The guitarist shared a message signed in his own handwriting where he stated that he never imagined “that the forces of order in Cuba were going to attack ordinary and peaceful people like we Cubans are.”

The Los Van Van orchestra, idolized by Cubans, called for peace and expressed its support for the Cuban people, “whoever you are, whatever you think, defend the ideology you defend, always with the utmost respect … Let’s not forget that We are Cubans, of the same race, “the legendary salsa band signed in a statement signed by its director Samuel Formell.

Soneros such as Adalberto Álvarez, Pupy Pedroso, Elito Revé, Alaín Pérez, and actresses such as Luisa María Jiménez, Laura de la Uz, Yuliet Cruz and her husband, the singer Leoni Torres, criticized the response of the Cuban government, which blames the United States for finance and instigate the demonstrations.

The interpreter Cimafunk, one of the island’s young emerging music stars, canceled his concerts in Paris as part of his tour of Europe in solidarity with the tense political situation, while emphasizing that the demonstrations were peaceful and it was necessary to “listen to people”.

The singer and songwriter Haydée Milanés also called for peace: “The Cuban people have expressed themselves and have peacefully taken to the streets with their demands. The Government has the obligation to listen to them. It is inadmissible that the authorities are calling for a confrontation between Cubans. Enough of the repression, enough of the violence! “, He wrote on Twitter.