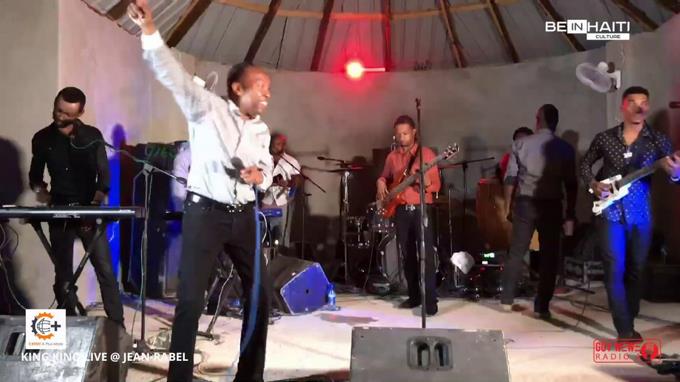 Attracted by the profuse population of Haitians in the Dominican Republic, promoters of artistic groups from Haiti are moving stealthily here to conquer this new market, starting this Friday night, until Sunday 31, with presentations in the capital, Santiago and Boca Chica .

At least six groups are ready to hunt down the fun and entertainment of their compatriots scattered across the country.

At the head of these Haitian artists will be here, for the first time, the group Nu Look, led by the maestro Arly Larivière, who together with the groups Kreyòl La and King Kino will open their presentations tomorrow night, Friday, at the Hotel El Ambassador.

It was not possible to know the names of the centers where these musical groups will be performing in Santiago and Bocha Chica, on Saturday and Sunday, respectively.

In other separate days, but part of the same weekend programming, there will be performances by DJs and artists from the neighboring country, including Bedjine, K-Dilak and the Kaï group.

This is an initiative of the firms Zigizag and Venus Productions, whose promotion in the country and abroad has been gestated under great secrecy, without dissemination through local and international media.

The only thing that is known appears in a work published eight days ago in the newspaper Le Nouvelliste.

Akinson Bélizaire, executive of Zigizag Productions, told Haitian media Le Nouvelliste that the arrival of these groups and their shows in the Dominican Republic is due “to the alteration of the socio-political situation in Haiti.”

“There is no way,” he alleges, “for an event organizer to work in Haiti due to the current situation in the country. The environment is not conducive. “He also warned that in Haiti there is” great insecurity that afflicts us. ”

Apart from the problem of crisis and insecurity that the Haitian artistic promoters expose as a reason for the presence of these groups on Dominican soil, the newspaper Le Nouvelliste notes a detail that explains another cause of the matter.

“In recent months, with the increase in the number of Haitians who have settled in neighboring lands, the developers (of those events) have started to see a new market and have rushed to add another destination to their list,” he says.

It also states that Haitian music groups and artists who occasionally perform here “are increasingly programmed there (in the DR) to meet a growing demand.”

This suggests that the flow of Haitian artists is not, basically, because of the insecurity in their country, but because their population is large here and they are ready to take advantage of it.
“This is, therefore, the combo that the promoter has to succeed in this new different market …”, says the media.

And here is the key to that artistic flow, said by Le Nouvellliste: “Many Haitians have recently moved to the Dominican Republic. Most of them are young ”.
Akinson Bélizaire complains of a disadvantage in the Dominican Republic compared to Haiti, where he says “we can count on the support of certain radio stations, newspapers or even posters installed in the streets.”

For this reason, the promoters of these shows are using social networks to attract the public, and encouraging people to travel to Haiti from other places. Thus, packages have been planned with a hotel and access to the parties this Friday, Saturday and Sunday.

All this, to take advantage of the long holiday in that country, where Monday, November 1, is All Saints ‘Day and Tuesday, November 2, All Souls’ Day.

Nu Look, the most popular of these Haitian musical groups, was founded 21 years ago by Arly Larivière, son of the famous Haitian musician Daniel Larivière.

It was formed in 2000 by Arley, who on his way to success was accompanied by Gazzmann “Couleur” Pierre, the main vocalist, who 10 years later left the group.

Regardless of their social status, Haitians always carry some trace of violence, and Arly and Gazzman are no strangers to this. Both belonged to the D’zin group, and after their departure they were victims of attacks.

Hurt by these events, they vented their anger on their first song, entitled “Asse” (Enough), performed by both of them.

This stanza of “Asse” reveals it all:

“One gets shot at home;
Phone calls for pressure;
They ball our cars;
They came to shoot at our house;
Burn our house “.

(Translation from Creole Creole: One gets shot at home; Phone calls to pressure; they smash our cars; They came to shoot at our house; They burn our house).