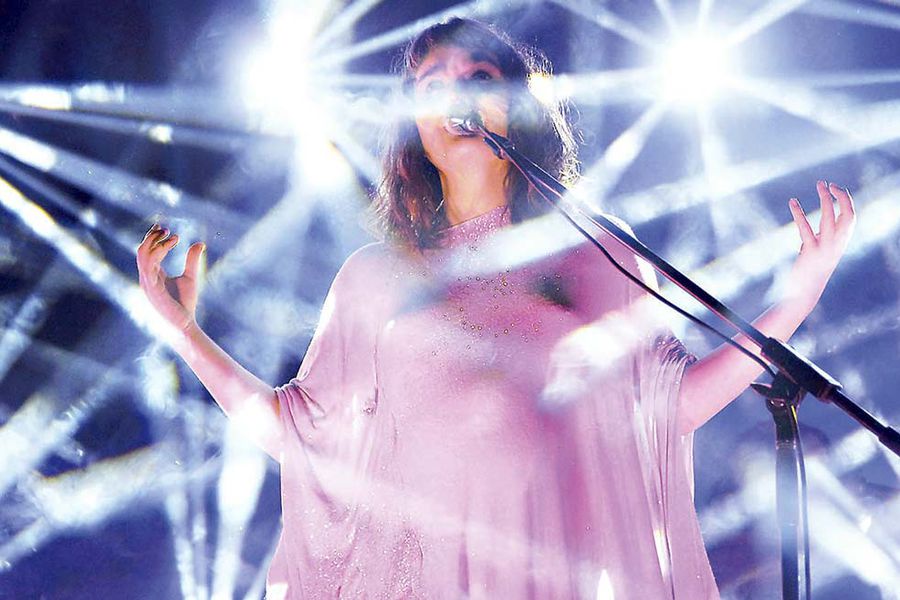 With great fanfare it was announced the concert “Teatro Bodeguita Al Aire Libre”. In less than 24 hours they sold half of the total tickets.

And it is that after almost a year and a half without much activity in the musical field in the country, this weekend the public returned. More than 650 people were able to enjoy a concert live, the first massive festival of the year.

The event took place last night at the Espacio Marina de Talcahuano, in the Biobío Region. As detailed by its organizers and the Biobío Region Health seremi (s), Isabel Rojas, the event featured the corresponding permissions for its realization, with a maximum capacity of a thousand people (considering the organization) and under strict sanitary measures.

Only nine people were unable to enter the show. Seven of these did not have the Mobility Pass enabled, while two others did not.

The musical show (outdoors) was attended by Dulce y Agraz, Valiente and Camila Moreno, and health personnel throughout their development. Moreno returned to give a concert as such, after three years. “I am in an ecstasy that I can hardly describe. It’s a rushing sensation that I haven’t felt in a long time. Also a lot of nervousness, ”he told Culto de La Tercera.

The epidemiological situation in which we find ourselves, very favorable, allows us to carry out some social activities, as long as they remain basic self-care measures. “It is important to bear in mind that not all activities can be carried out, I think it is positive that the moment has been used and in an outdoor space, which is essential. All with an adequate control ”, points out Ignacio Silva, infectologist of the University of Santiago.

The organization of the event arranged seats separated by a linear meter and demanded the mandatory use of mask. The consumption of alcohol or any type of food was not allowed. In addition, they implemented sanitizing bathrooms every 10 minutes, hydration points and alcohol gel. Regarding the traceability of the attendees, each person was associated with a seat, so that the record was left against a possible case of contagion during the event.

I think that although the moment is good, “It is also fragile, and if we are not careful and responsible when carrying out this type of activity, we may lose this stability and have a wave of infections again, ”Silva adds.

While the instruction was to be seated, an attendee acknowledged that at the end of Camila Moreno’s show they were allowed to stand up and dance on the spot.

Next Thursday, August 19 it will be the turn of Chancho en Piedra. The initiative, in addition to being a concert for 200 people who have two doses of the vaccine, will be part of a clinical trial in Latin America for live concerts in pandemic, which he will perform together with the University of Chile. The results of the trial will be available in September.

A recent Puntoticket poll, along with companies, producers and venues in the entertainment sector, points out that 84% of the public is willing to return to a show in a pandemic.