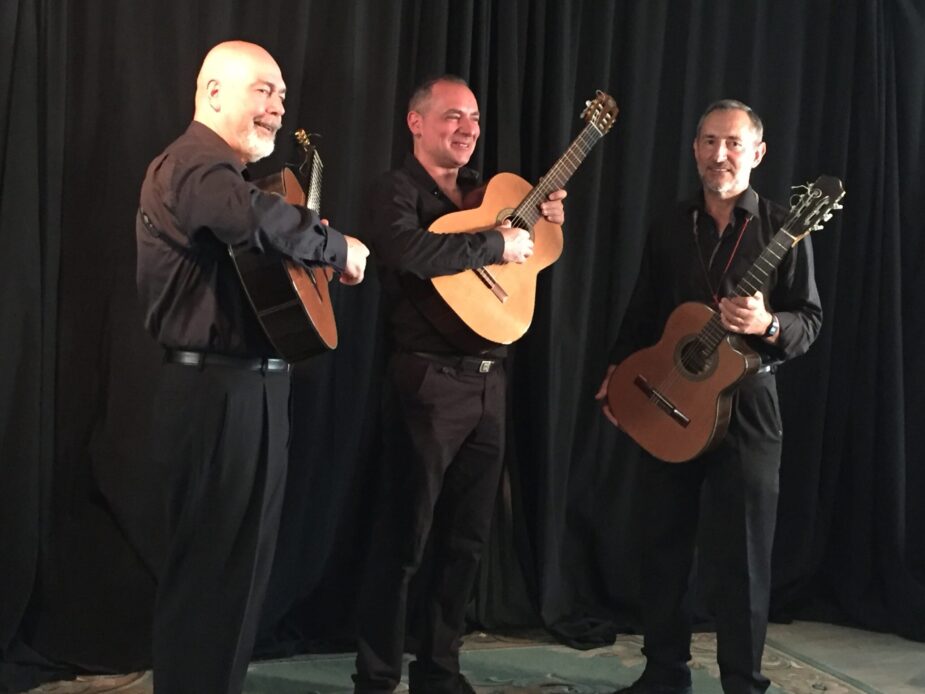 Do you know the musical group The Golden Trio? Don’t miss the next concert in the performance hall «Cultural Cordón» in Burgos. The scheduled date is for the end of October, specifically the Saturday, October 30 at 7:30 p.m. hours in the afternoon. Come and enjoy the Eldorado Trio in concert!

The musical group returns to the stages of Burgos and… with great enthusiasm!

A concert is short-lived, but sensations that awaken, linger. Sometimes forever! Come find out! Will not leave you indifferent! You will live with music as a special dressing for love stories, yesterday … today and … forever.

The musical group was consolidated in 2014 in the bar «Patillas», an emblematic place in the city of Burgos due to its antiquity and its bohemian atmosphere linked to music and guitar. The band is made up of Dionisio Prieto, nicknamed as «Dioni», Javier Hernando “Mystic” and Felipe Rodriguez «Rodri».

Peruvian waltz, pasodoble, tanguillos, boleros, rancheros, sambas … all these varied musical styles make up its wide repertoire, based on Hispanic American folk. The Eldorado Trio have a Special care in each of his concerts to maintain his identity stamp: “The alternation of melodies with different rhythms and contents”. Songs composed with a melody based on nostalgia and feeling, interchanging with more festive rhythms, give rise to a show where the musical variety and quality stand out.

All his performances make his audience live very special moments, adapted to the place and its motive.

Three voices and three guitars interpreting melodies, intertwined in such a way that the viewer comes to feel in a context of protagonism and complicity with the performers, composing as a whole a space of special relaxation and joy.